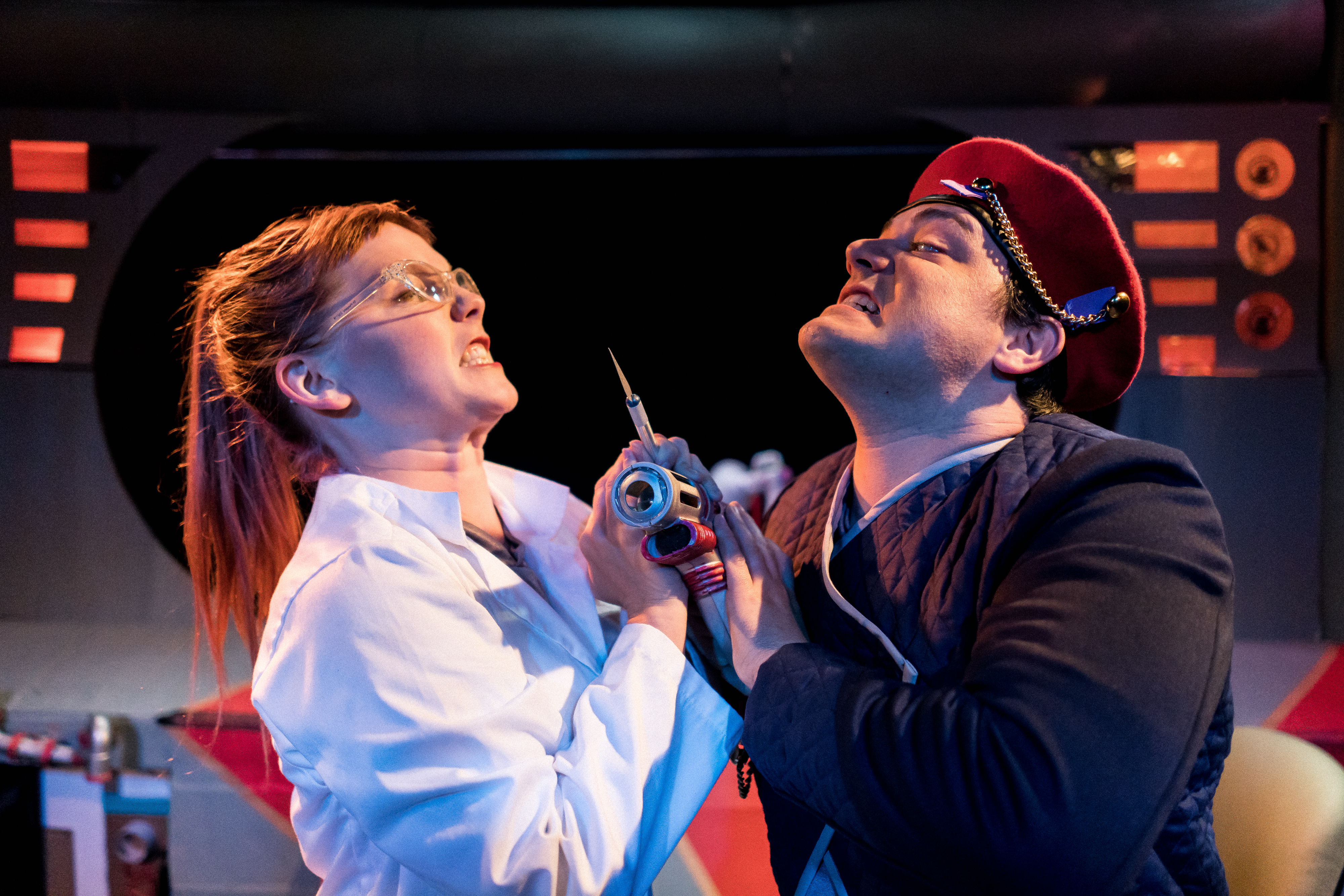 The Plagiarists fulfill their namesake and pull from many sources to create a new yet strangely familiar landscape. The story, set and characters come from vintage Disneyland rides, first-person video games, 1950s science-fiction B-movies and human history. You can tell that directors Freed and Kastner have a background in commedia dell’arte because every character portrays a different stock type: the absent-minded professor (à la Doc Brown in “Back to the Future” or Rick Sanchez from “Rick & Morty”), the tough military colonel, the salty sea captain. They play integral parts in the story even if you don’t know how until you get there.

Despite recognizable character types, the dialogue and acting are unpredictable. The production understands the importance of atmosphere toward a comprehensive experience. The actors, in whatever roles they’re playing, are committed and have a continuous flow through the visual effects and audience-induced changes in course. Background players and puppeteers are captivating and help engage the audience in the absurd realms we’re led into. Nick Freed’s sea-dog captain and Charlotte Long’s first mate form a hilarious partnership that has that rare combination of dynamism and rhythm that is typically only found within the scope of live theater.

The low-budget, handmade aesthetic makes “Season Pass: Deux Over” feel like wandering into the elaborate playhouse of a little kid. The intentionally shabby set (designed by Melissa Schlesinger and Nina D’Angier) matches the apocalyptic conditions the characters set out, but the craftsmanship and design follow the hopeful (or naive) mindset of a child. Can we (as an audience) really save the world? This brand of ingenuity continues with the construction of aquatic puppets (James Snyder) from recycled materials and the use of red bedsheets to simulate internal organs. The creativity of the set and props complement the lights (Charles Blunt) and sound effects (Sarah Espinoza), which support the narrative by simply keeping you in the world of improbability.

The communal experience you will share with your fellow viewers during this production is energizing. The performance I attended had an attentive crowd and every time we made a choice the excitement or disappointment was mutual. After the show, audience members remarked on their delight when their choice reflected the majority. They felt like they had truly influenced and participated in the show. Besides opening-night jitters and a few characters tripping over their lines, “Season Pass: Deux Over” is a playful joyride that I would board again. Especially since whatever the night and whatever the crowd, you’re sure to get a one-of-a-kind adventure. (Hayley Osborn)