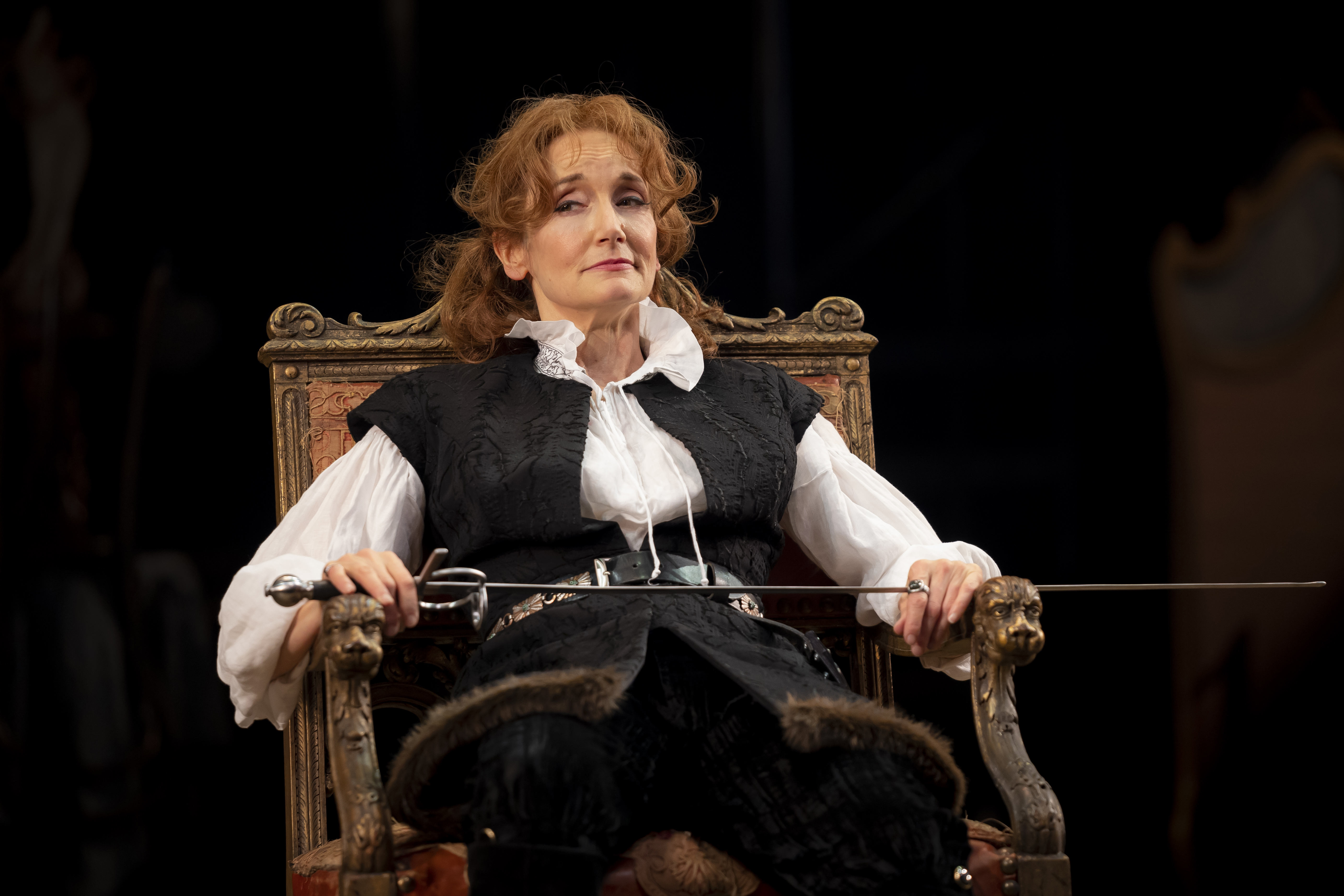 If The Bard is dead and unable to defend his choices, does he still get to make them? If the only people who want to protect the sanctity of Shakespeare are white men, should we let them? Are the facts of Hamlet’s life set in stone?

The answer to all three questions is the same: No.

Or, at least, that’s what the great Sarah Bernhardt would have us believe. So long as her allotted roles are relegated to less interesting women, she will fight for her right to wear breeches. It is the turn of the twentieth century and the generic female roles on stage are in the past for Bernhardt, known the world over for her acting prowess. She throws what money she has into renting a theater in Paris to produce “Hamlet,” where she stars as the prince. Bernhardt’s beau Edmond Rostand (who wrote “Cyrano de Bergerac”) and Parisian critic Louis Lamercier aren’t thrilled. Shakespeare is sacred, right?

But theater is transformative, argues Bernhardt (Terri McMahon). That point is underscored by Narelle Sissons’ set, which flies in and out. But if theater is transformative and able to be dissected at length, how is any play untouchable? The only untouchable element of “Bernhardt/Hamlet” is McMahon. Her voracious portrayal of Bernhardt is a testament to her Shakespeare-aligned career. Her magnitude as a classical actress is a divine match for someone like Bernhardt.

Larry Yando, as the renowned French actor Constant Coquelin, and Gregory Linington, as Art Nouveau artist Alphonse Mucha, are ideal companions for McMahon’s Bernhardt. The two, from largely different points of view, support Bernhardt’s decision to play Hamlet. Without being overtly feminist, Mucha argues that there shouldn’t be any reason a woman cannot play a “man’s role.”

Under Donna Feore’s direction, the women, few they may be, draw the largest focus in this play. Which is as it should be in a show dedicated to the idea of what a woman’s role in theater is. But the scope of this work is larger than gender, which is only one facet of the argument at hand about who the work belongs to once it leaves a playwright’s pen. Who can or cannot play whom and why? When are exceptions made? When are those exceptions suddenly the norm?

Theresa Rebeck’s 2018 play presents a timely (and frustrating) dilemma that Bernhardt encountered back in 1899. Who are the gatekeepers of our classics and why do we allow them to draw a definitive line that may not be crossed? More than a hundred years later, why are we still so stuck in the mindset that we cannot disseminate what “we know” of Shakespeare’s work or that of his contemporaries?

Rebeck’s work argues in favor of what Bernhardt did so long ago. So long as women (or anyone of any identity) exist on stage they can inhabit any character. Merely being the heart and soul characters, as Bernhardt says, is unacceptable. Anyone can be heart, soul and mind. Give us Hamlet or give up the Art. (Amanda Finn)