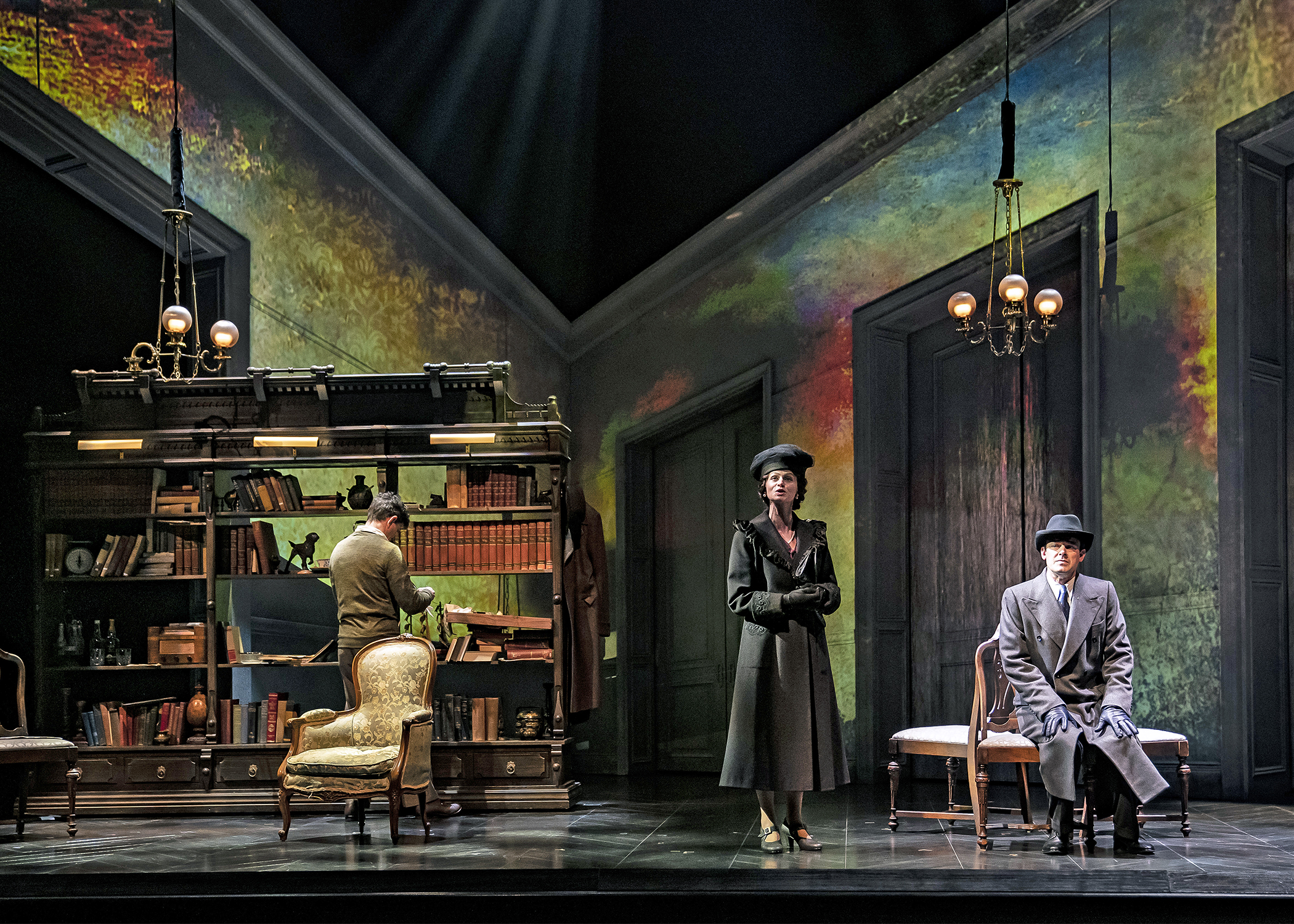 A common complaint lobbed against the world of musical theater is that it’s become predictable: Too Many Musicals Based on Movies. The impulse is understandable, if misplaced. Musicals—and, indeed, some plays—have long been adapted from a previous source, be they older plays, short stories or memoirs. The world today has a lot more movies, and thus, a lot more musicals based on movies. My question has never been, “Why are you adapting this movie for the stage?” but rather, “How is this stage adaptation going to differ from the film?”

I say this to preface the innate nothingness that lies underneath the impetus to bring “The King’s Speech,” Best Picture of 2010, to the stage. Not in a musical form, mind you, just a regular old play. Two acts, two hours—including intermission—and you’re done, back into the cold air of Navy Pier. Watching “The King’s Speech” is as passive an experience as you can find in the contemporary American theater: a show with little to no stakes presented for little to no reason. Kevin Depinet’s scenic design says it all, truly: a forced-perspective room, providing the illusion of depth without any being present.

The plot? For those who haven’t seen the Oscar-winning film, I’ll indulge you: the newly appointed King of England, George VI, or “Bertie” to his friends (a committed and capable Harry Hadden-Paton), seeks the help of a speech therapist, Lionel Logue (James Frain), to help with his stammering. Two men from completely different walks of life find friendship together. It’s lovely and life-affirming, and as Oscar bait-y as you can get.

The film had the luxury of director Tom Hooper’s oddball visual sense and the eccentric performances by Colin Firth and Geoffrey Rush to provide some form of compelling entertainment. Director Michael Wilson’s production is flat (sometimes literally, with much of the blocking on a two-dimensional plane), with no sense of dramatic arc or weight. Bertie’s father dies with no sense of urgency. The “conflict” at the end of the first act also arrives without urgency. The female characters exist for the sole purpose of proving that these men are married. The lack of drama in this Theatrical Drama had me seriously questioning why any of us were even in this room together.

Whether you like the original film or not, it exists as cinema: a fixed artistic product that can shift and change based on when it is consumed. “The King’s Speech” at Chicago Shakespeare Theater exists only in the here and now. And in this moment, it has absolutely nothing to say.