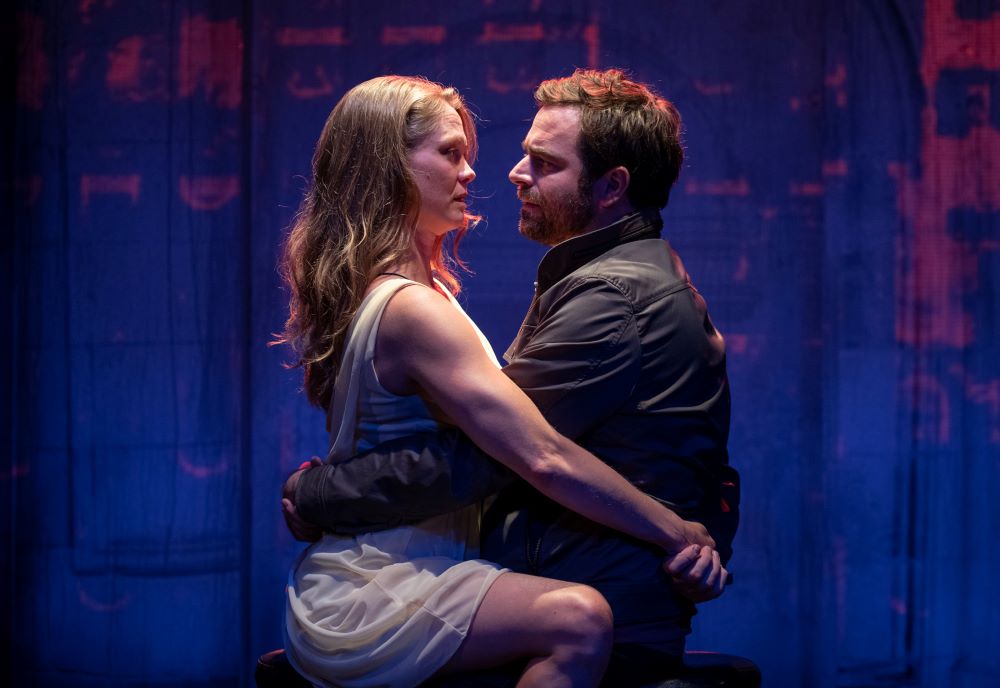 The crowd in Greenhouse’s Downstairs Main Stage is pretty sparse but everyone seems excited to be here. It’s mostly couples who have planned “Midsummer (A Play with Songs)” as part of their Saturday date night and there’s a fair amount of conversation surrounding what the play will be like. Premeditatively, “Midsummer” had promoted itself as the Scottish version of “Once.” But “Once” is a Tony Award-winning musical, so how would this “Play with Songs” stack up? Written by Scottish playwright David Greig with music by songwriter Gordon McIntyre, “Midsummer” is a theatrical journey based in the art of storytelling. Director Randy White and music director Jeremy Gentry let the story of “Midsummer” speak for itself, in all its drunken, horny, heartfelt glory.

The narrative follows two lonesome Edinburghers, Helena and Bob. Helena is your basic cold-hearted divorce lawyer, while Bob is a common criminal who presents himself as a sexy rogue. These familiar facades continue past their comical one-night-stand, which includes the inner monologues of both parties while they “shag.” They both contend with insecurities and difficulties surrounding the concentration required to orgasm, which they somehow accomplish simultaneously. After an equally relatable scene about how adults either run for fun or only if they’re very late (I am the latter), the clear-cut veneers of attorney and ruffian start to become more blurred and more profound, with the pair individually and collectively addressing their personal baggage and rationalizing their respective disappointments and fears.

Both Chaon Cross and Patrick Mulvey (as Helena and Bob) have exceptional Scottish accents. So good, in fact, that I had to look in the program to see if they were from Scotland (they’re not). But sometimes the linguistic demands of keeping up the accent inhibits what is a truly funny show. The actors’ performances feel most truthful when they’re not using words at all. When the two physically interact, like having sex or fighting, the intimacy and connection are genuine. Their body language authentically evolves from nervous sexual tension to comfortable companionship. With singing voices as lovely as their accents, the duo combine characteristically with the indie score. But the real star of “Midsummer” is the supporting characters, who are also played by Cross and Mulvey. The room felt brimming with miscellaneous characters, when really it was just two people skillfully telling a story.

The adaptable set was able to accommodate every obstacle the couple faced, but the photo-collage was too prosaic for the romantic atmosphere of the play. The atmosphere didn’t harmonize either, with a fog machine that made the theater feel more like a smoky jazz bar than a misty Edinburgh street. The more subtle lighting (Brandon Wardell) and costumes (Ellen MacKay) emphasized the actors’ portrayals and supported the world of the play in an understated way.

Like a grownup attempting to run, “Midsummer” takes a minute to hit its stride, but when it gets there, boy, it’s good fun. The writing, the songs, and the actors all pull together a realistic feel-good story that could charm even the most headstrong rom-com cynics. And if there’s one thing that everyone can take away from “Midsummer” it’s that life is short and there are many ways to cope but, as they say here, “drinking is our best available option.” (Hayley Osborn)