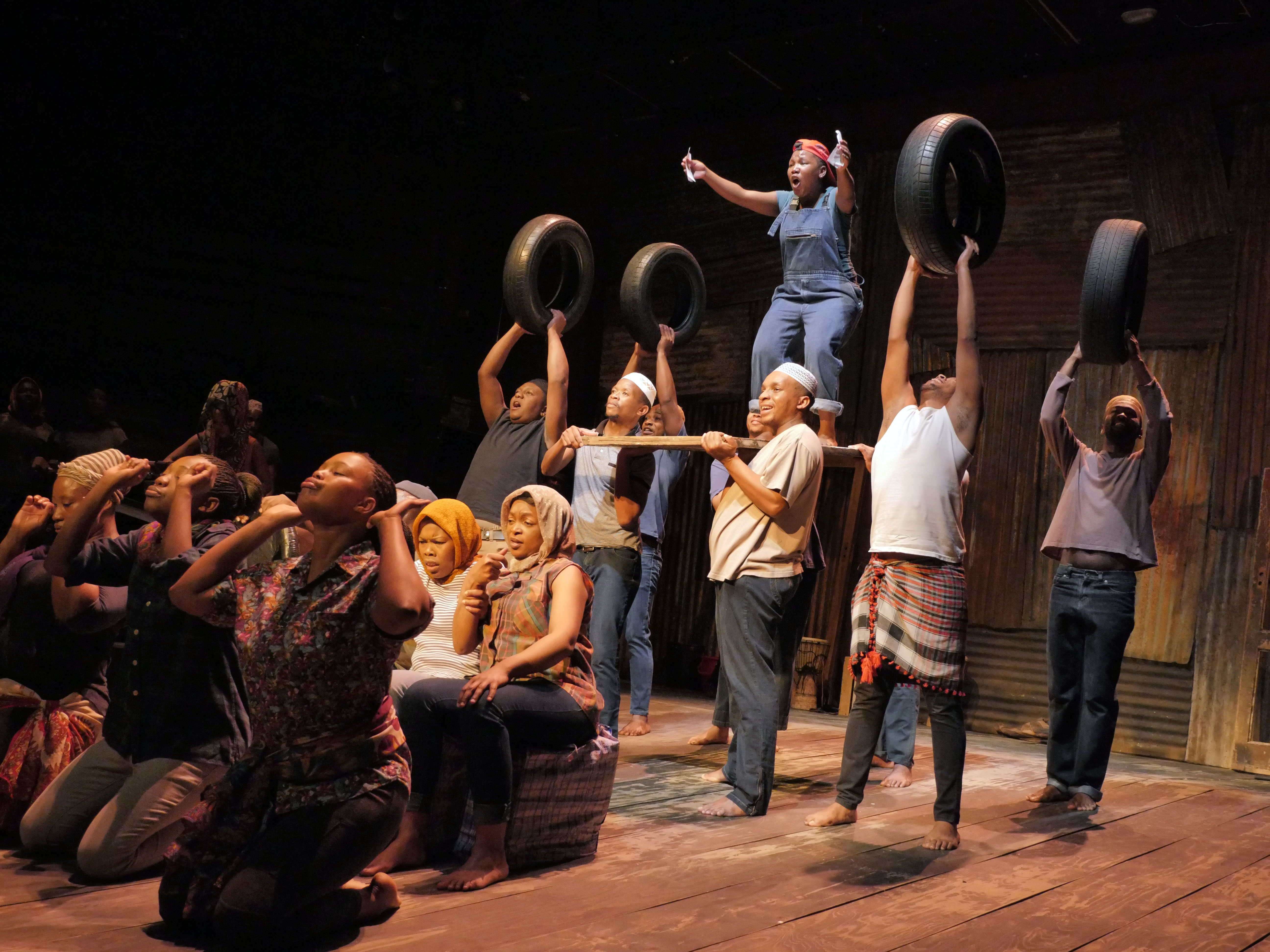 The cast of Isango Ensemble’s “A Man of Good Hope”/Photo: Keith Pattinson

Whose stories are being told today?

That’s the question that closes Isango Ensemble’s production of “A Man of Good Hope,” now playing at Chicago Shakespeare Theater through the WorldStage program (only through October 13, so get tickets now). It’s a question that I ruminate on a ton these days. I think about it when looking at what clown-inspired films are dominating the box office. I was thinking about it at this very same theater a week or so ago, watching a less-than-stellar drama about a king who—get this—gave a speech. Our whole world is informed by stories: who tells them, who’s in them, who’s watching them, the course of our empathy being navigated in multiple, sometimes competing, directions. Even this multimillion dollar building resting at the end of Navy Pier—Chicago’s wonderfully abysmal tourist trap—is here in part due to some British guy named Bill and the stories he told that people loved so much. The power of a good story is more than you and I could ever dream of.

And Isango Ensemble is well aware of that. And goodness, do they have a story to tell you.

Isango Ensemble was founded in 2000 in South Africa, creating original works and adaptations, as well as performing works from the Western theatrical canon within a South African context. “A Man of Good Hope,” an adaptation of the 2015 book by South African writer Jonny Steinberg, is a sprawling epic narrative chronicling the episodic odyssey of Asad Abdullahi from Somalia to South Africa. His life is filled with tragedy, humor, love, and as the title suggests, a great deal of hope pulling him through from one story to the next.

This show grips you at every conceivable moment, both through earnest performance and inventive theatrical world building. Isango combines opera, musical theater and traditional storytelling into a purely South African story told through purely South African means. Using little more than door frames, boxes, an array of percussive instruments, and props one could find around the house, Isango Ensemble transports us to homes, stores, vehicles, refugee centers and any location conceivable through the power of artist-to-audience imaginative communication.

The story being told has grand resonance within the South African community, combating fears and prejudices against refugees and immigrants from Somalia. Hearing South African characters warn that immigrants are going to “take their jobs” and “bring crime” will likely send a resonant shiver down your spine as well. In multiple instances, Asad dreams of one day going to America, where he is told there are no guns, and everyone is safe and rich and free. The audience laughs knowingly at this, more at ourselves than at him.

Throughout the past few years, it can be argued that the work being presented through Chicago Shakespeare Theater’s WorldStage programming has brought more inventive, experimental, boundary-pushing, relevant storytelling to their stage than the majority of the mainstage content in this very same building. You can imagine that the more people come to support these globetrotting theater companies, the more we can hope that the work we produce in our city—in this very theater, even—is as resonant, powerful and important as those being brought in from around the world. Isango Ensemble is telling the stories of South Africa through South African means. Is there a world where Chicago Shakespeare Theater can follow their lead? (Ben Kaye)