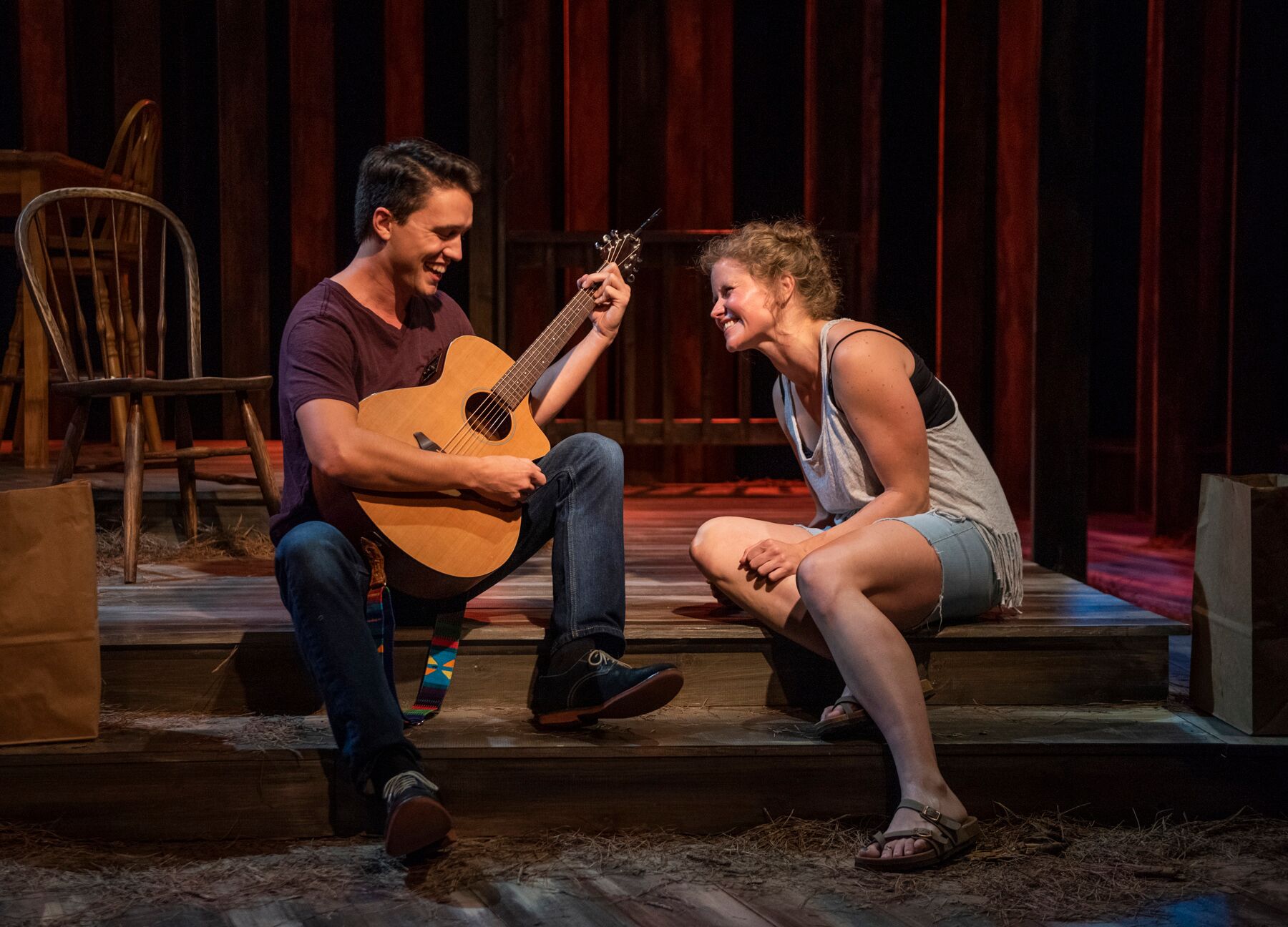 Rachel Bond’s play of loss reflects the axiom that music happens when words are no longer sufficient. The audience’s vantage here is that of a small child, holding up a snow globe. On view is a house, some fencing, a car, a reservoir and seven people. Since the setting and the players are frozen in time inside their bubble, nothing like a prelude or aftermath ever happens. Only juxtaposition of people and places gives us clues to a story that isn’t quite ours yet, held in the palm of our hand.

Except for a married couple, everyone else has reached out for connection, only to have hope slip away. We learn sporadically just enough background of the individual scenarios of the remaining five characters to attach to them. We discover what the matter is, if not the direct cause. Director Cody Estle’s ensemble members adroitly answer the demands of the character-driven ninety minutes of “Sundown, Yellow Moon,” with its half-told stories and what would, in lesser hands, be overly weighty silences.

Josh Odor, Jordan Dell Harris and Will Casey portray the males of this story with silent suffering. Fraternal twin daughters played exquisitely by Diana Coates and Liz Chidester seem to falter just as they are finding their adulthood. Scenic designer Jeffrey D. Kmiec’s sets always serve as character, and in his cookie cutter, leafless tree trunks also tell no tales, with no branches or adornments to squeak and rustle.

If the music of married duo Shaun and Abigail Bengson is left to provide the heart dialogue between audience and characters, this is where there is unraveling. Whether the Bengsons’ simple lyrics, full of the despair and agony that pours out of country music, don’t push far enough into the moments to provide pent up tears their necessary release or the fine actors of the cast don’t all have the musical chops to deliver them is another story almost told, but not quite clearly.

Harris and Chidester are the most polished musicians in the cast, but we don’t hear from them until the aftermath of the apex of the combined non-stories. Chidester is a fine musician but since she is playing a blocked composer her talent is necessarily hidden until the end. It is not a simple task, even in a city that drips talent from every gust of wind, to create an ensemble of actors capable of telling a story together with the barest of words who can also pick up a guitar and sing the threads that complete the tapestry. (Aaron Hunt)