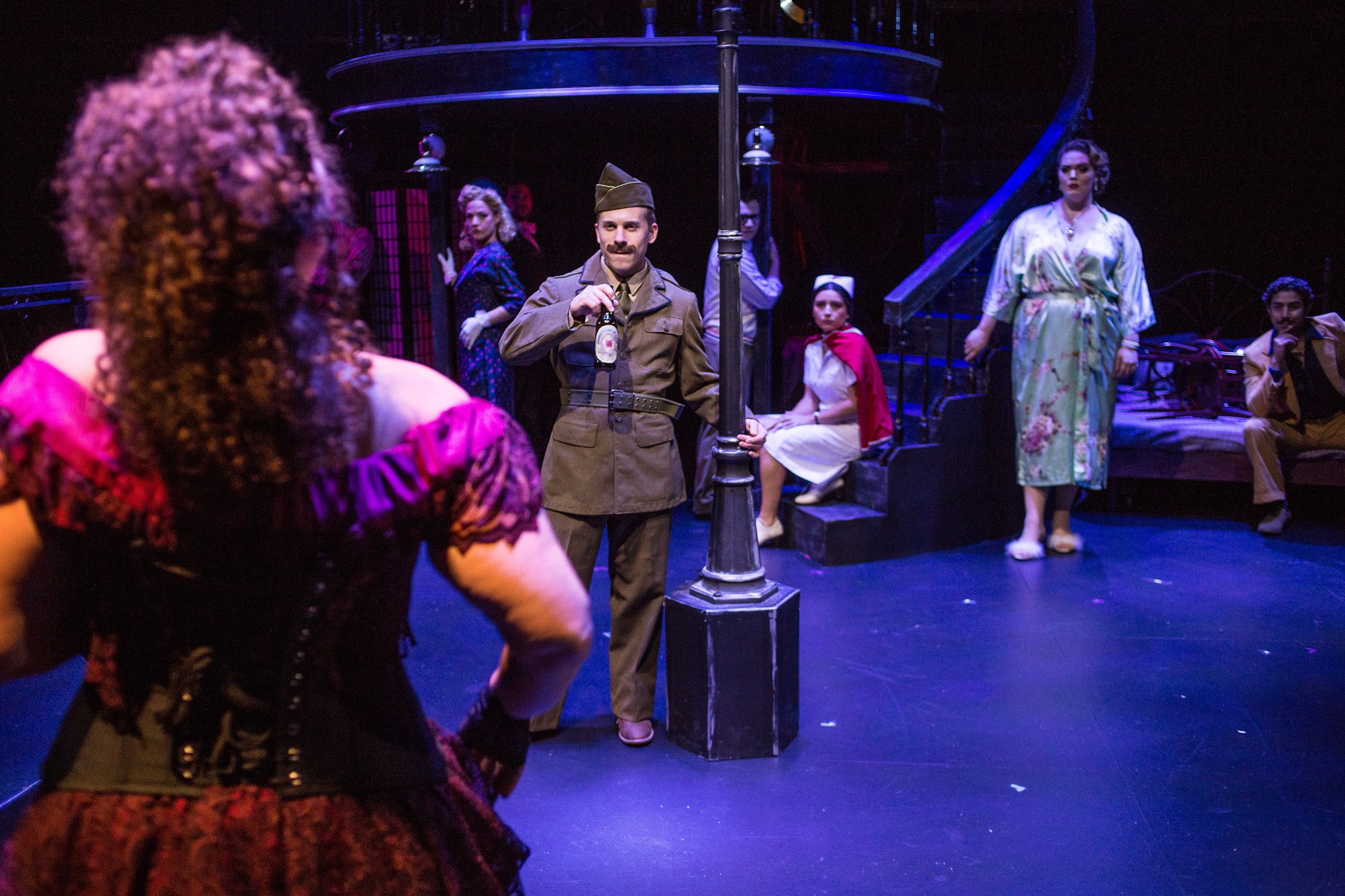 Coming into “Hello Again,” I knew little about it except that it was about love stories through time. I am a sucker for romance, musicals and period garb, so I was on board for whatever the show had to offer. With music, lyrics and book created by Michael John LaChiusa and inspired by Arthur Schnitzler’s often-adapted “La Ronde,” “Hello Again” is a charming succession of vignettes, interwoven with themes of lust and love. The black-box-cabaret style of the Howard Street Theatre suits Theo Ubique’s needs as the performers hop around history and bed-hop with one another.

Sexuality is the seam that links each scene to the next, but “Hello Again” isn’t just a series of sex scenes. Employing both humor and heartache, the stories cover gender relations, power dynamics and sexual dysfunctions. The characters pass from World War II to the sexual revolution, falling in and out of love. Searching for something from each sexual encounter, each story teeters from attraction and carnal need to emotional satisfaction and commitment. The character of The Writer (Max J. Cervantes) embodies this struggle as an artist and hopeless romantic searching for his muse. But his need for control and perfection in his lovers makes it impossible for him to find what he’s looking for. “I want to see the world as you do,” he says. “But that would ruin it.” When we finally find someone and let them into our world, their mystery and elusiveness is lost and we have to concede that they are imperfect, too.

Big, beautiful voices fill the cozy space. Nora Navarro and Neala Barron’s emotive vocal performances both stand out. But “Hello Again” is a group effort with each actor impressing and contributing in their own way. Christopher Ratliff bursts with energy while a duet with Cervantes and Marco Tzunux shows authentic intimacy and lovely intonation. Directed and choreographed by Brenda Didier, the crooning and spooning is visually interesting because to the movement and the use of space.

The scenic design (Nicholas Schwartz), lighting (James Kolditz) and sound (Robert Hornbostel) support each change in mood with simple elements that trigger a response. A movie theater is established with aligned chairs, a clicking sound and a flickering light. A balcony is constructed of two plants and a café set. Kolditz’s lighting is clever in that it changes to fit the era; a lava lamp in the 1970s, then chandeliers and candlelight for the early twentieth century. The live music also helps adjust the tone as its trippy melodies inspire time-traveler vibes. LaChiusa’s music is characteristically musical theater but Jeremy Ramey’s musical direction is what makes this production of “Hello Again” stand out.

“Hello Again” portrays a timeless concept, attempting to fulfill our individual inadequacies with a relationship. We want our partners to save us, to complete us, but, in truth, they are struggling and searching, too. A lyric from the show echoes this idea: “What I hoped to find in all my lovers, I didn’t find it.” We get many things from sexual liaisons: confidence, passion, STDs… but you don’t always find what you’re looking for.. (Hayley Osborn)