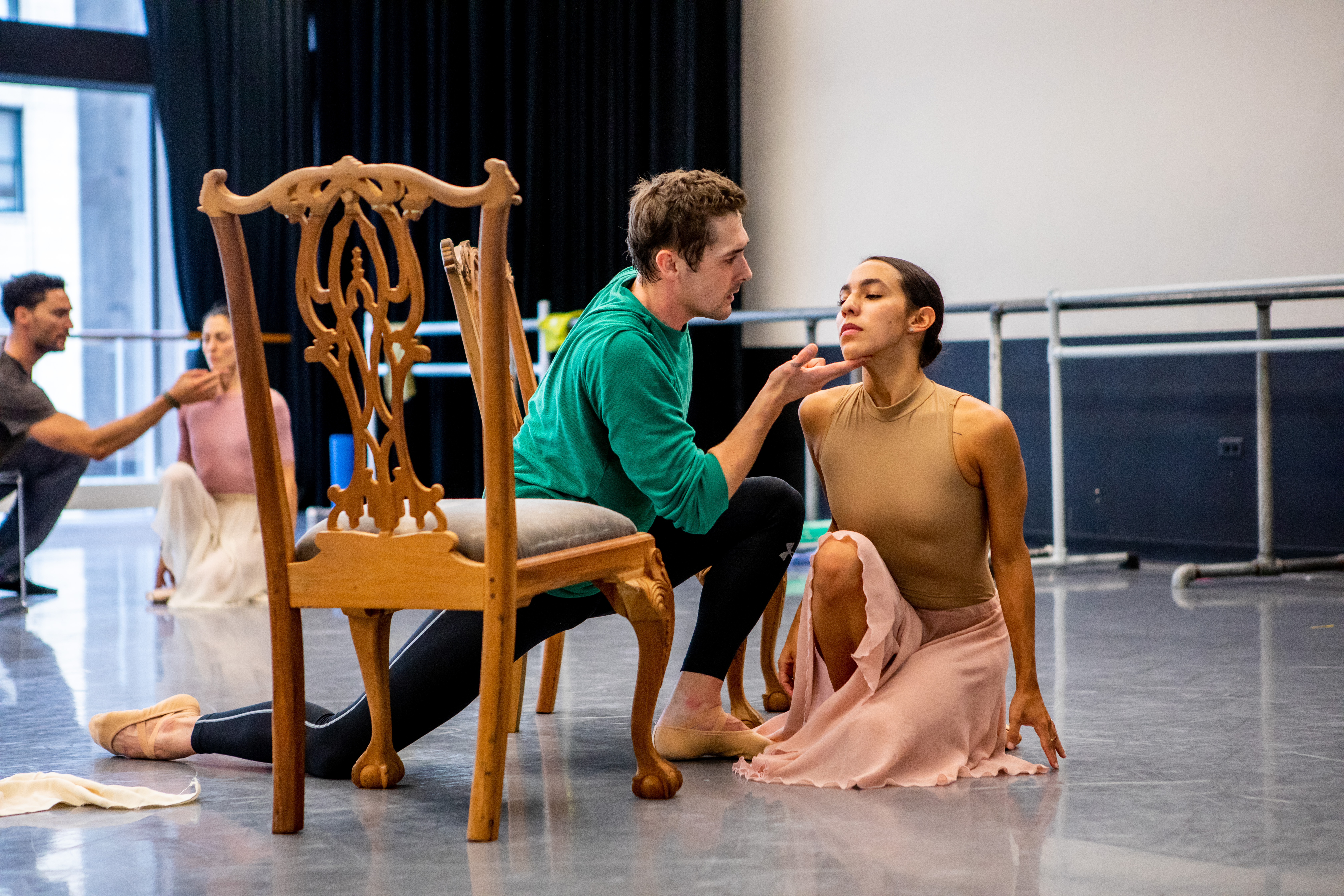 The Joffrey Ballet opens its final season at the Auditorium Theatre, before the big move to the Lyric Opera, with English choreographer Cathy Marston’s adaptation of Charlotte Brontë’s canonical gothic romance “Jane Eyre.” Marston, the former artistic director of Bern Ballett, has made a name with her character-driven approach to translating literary and historical subjects into story ballets, including “Lady Chatterly’s Lover,” “Hamlet,” “Three Sisters,” “Elephant Man” and “Lolita.” “Jane Eyre” is the first of Marston’s works to be performed by the Joffrey Ballet. We spoke with Ashley Wheater, the artistic director of the Joffrey, about the upcoming production.

What interested you in bringing “Jane Eyre” to the Joffrey?

The question is what first interested me in Cathy Marston. I’ve known about Cathy for a long time; she’s worked all over the world. I wrote her and said I’d love to meet her and talk to her. I met her in London, I found her hugely engaging, so smart and incredibly gifted. We both went to the opening of “Jane Eyre” in London. I think the thing that’s remarkable about Cathy is she works in the classical vernacular, she is so incredibly passionate about literature and telling stories. Telling narrative work is not easy; you have to have a structure and a craft to take words off a page and turn them into dance. Once I saw “Jane Eyre” I knew I wanted to bring it to Chicago. It was required reading when I was growing up. I think Americans have a passion for “Jane Eyre” as do the British.

As I understand, Marston’s approach to storytelling through dance is quite different—not exactly classical and not really contemporary ballet either.

Exactly. We do many story ballets, and I think this has been a different way of looking at our art form. I think Cathy has challenged it in a really thoughtful way in using the human body to express more like words on a page. I think there’s a process to that, there’s such honesty in how she wants you to deliver: it’s not old-fashioned classical ballet or mime. All the emotion is built into physicality. It really takes that commitment from everyone in the performance to deliver their role. There’s a big picture as to why it makes a great ballet.

How has the company taken to her approach?

They’ve done an enormous amount of homework. They’ve taken on everyone from Alexander Ekman to Christopher Wheeldon to Justin Peck and every time they work with someone, they’re open-minded about process and they grow as a company and as individual artists. I love that they have a point of view about their work.