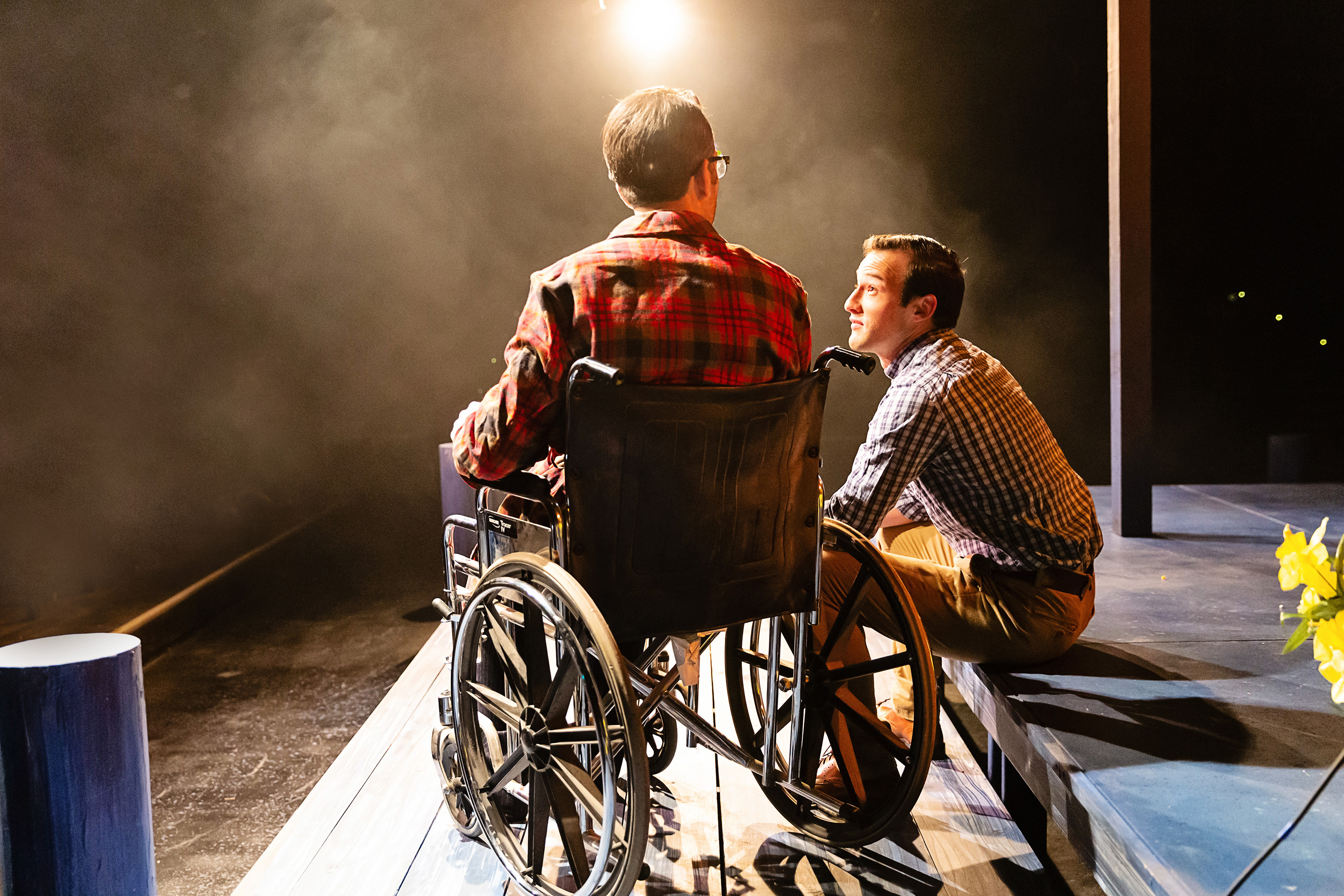 Playing at the Greenhouse Theater Center in Lincoln Park is one whopper of a fish tale. Adapted from John August’s adaptation of Daniel Wallace’s novel for the 2003 film, “Big Fish” is a moving musical that combines the folksy wisdom of a tall tale with the emotional resonance of family drama. (Think Paul Bunyan meets “This Is Us.”) The story also has more than a passing resemblance to “Forrest Gump,” as both involve good old Southern boys having a whole heap of adventures. Forrest is a lovable simpleton, whereas the central character of “Big Fish,” Edward Bloom, is a smart-ass with a self-inflated image larger than the giant he meets. A lover of tall tales, he has long worn out the patience of his son who would prefer dad just stick to the facts.

One of the many strengths of this production is the interplay between Edward (Tommy Thurston) and his straitlaced son (Jeff Pierpoint). Both actors do a fine job of navigating the emotional terrain of a strained familial relationship. Their vocal talents complement truly beautiful work done by the onstage six-piece orchestra. Other standout performances include Caitlin Dobbins as a witch (her soulful take of “I Know What You Want” left me wanting more) and Robert Quintanilla as the gentle giant Karl.

Credit also goes to director Stephen Schellhardt for delivering an honest and unabashed work that takes full advantage of its almost three-hour running time. While slow to warm up, this is a production with a lot of heart, which ultimately delivers at a very emotional level. It made me realize that the very act of talking about ourselves is dependent on at least a little bit of myth-making. Edward Bloom just does it better than most. (Noel Schecter)