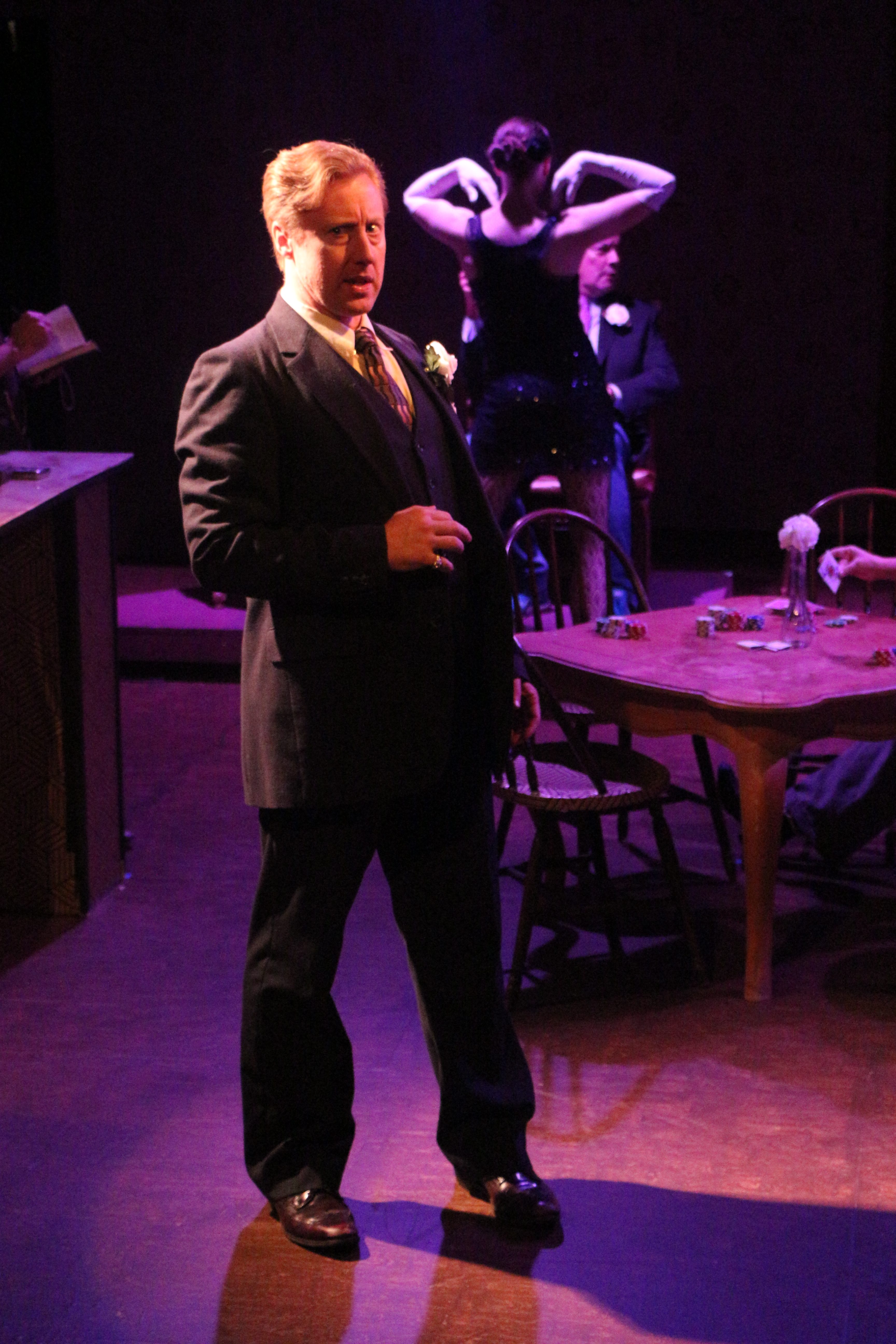 I’m sure I wasn’t the only theatergoer who mentally transposed Eclectic Full Contact Theatre’s production of “Richard III,” set in Jazz Age Chicago, to modern-day Washington, D.C. The title character is an entitled sociopath who announces and visibly relishes his falseness and villainy, who lies and schemes with compulsive zeal, who demands blind loyalty from his underlings but has none toward them and who is always just a little more ruthless and aggressive than his rivals. One wonders why director Natividad Uehara didn’t outfit her protagonist in a red tie and tweet-spewing smartphone, rather than a carnation-bedecked gangster’s suit and a switchblade. What with the irresistible analogies, the audience will be doing it anyway.

The historical veracity of Shakespeare’s Richard Plantagenet—based on chronicles written under the patronage of Richard’s enemies and successors—is subject to debate. But there’s no doubting the character’s iconic awfulness. He remains the model of the Machiavellian political operator, a man without conscience, empathy or inhibition who pursues power with shark-like focus. There’s no more pertinent or cautionary character for our day in the Shakespearean canon.

Which is why it’s so disappointing that this production is so half-baked in so many ways, so careless in its details (note to production team: the Golden Age of Chicago gangsterdom was the Roaring Twenties, not the Hungry Thirties), so lacking in dramatic concept and impact. The central challenge of any Shakespearean project is to guide the audience through the thickets of Elizabethan language and cultural context and to make as clear as possible the multilevel storylines and complexities of conflict and motivation. Line delivery is everything. Sadly, the play’s dense, embellished dialogue is frequently rushed, mumbled, spoken to the walls or otherwise rendered unintelligible. And because no dramaturgical information is provided in the program or lobby, viewers not conversant with the (knife) twists and turns of England’s fifteenth-century Wars of the Roses will have no idea what’s going on in this vendetta-driven work.

The history is key because “Richard III” isn’t just a tale of a royal rotter who murders his way to the top. It’s also—and maybe even more so—a play about women, the survivors of his blood-soaked career, and their eloquent curses. In the first half of this two-and-a-half-hour show, the old Queen Margaret (Jacquelyn Haas), widow of the deposed and murdered Henry VI and herself no innocent, delivers a long, detailed and deliciously rancorous execration of Richard and his henchmen, including the Roy Cohn-like Buckingham (Julian Diaz) and the equally devious and dangerous Catesby (Karly Hanna). The plot is a playing out of Margaret’s curse, as well as those of Elizabeth (played with verve by Meg Elliott), his sister-in-law and mother of the two boy princes (unseen here) Richard orders assassinated, and his own mother (Jean Marie Koon), who has apparently detested her prematurely delivered son since his painful birth. What makes “Richard III” an evergreen classic is that it doesn’t just depict a monster: it reveals the inward and outward forces that could produce such a fiend. That analysis is lacking here.

Andrew J. Pond is a dynamic and expressive Richard. His final confrontation with the dowager Queen Elizabeth, in which he asks her to persuade her daughter and his niece—the one child of hers he hasn’t (yet) murdered—to marry him, and almost succeeds in his incestuous request, is a highlight of the show. We see Richard as a virtuoso of evil, an absolutely corrupt man who skillfully reads the corruptibility of others. What’s missing is the hunchbacked monarch’s underlying shame and self-loathing, rooted in his “rudely stamped” and “deformed” body. This Richard is hale, hearty and handsome, a directorial decision that contradicts the play’s words and undermines its psychology.

One potentially clever touch is the use of old-time nightclub chanteuses to introduce the scenes. Alas, the cast sings no better than it speaks, and the world still awaits a successful musical version of “Richard III.” The real lesson to be drawn from this production is that Shakespeare is not kid stuff, and gimmicky anachronism is no substitute for theatrical vision and professionalism. As our own winter of discontent grows colder, Shakespeare’s insights about tyranny and demagoguery grow sharper and more relevant. I hope that other and better productions of this necessary play are in the offing. (Hugh Iglarsh)