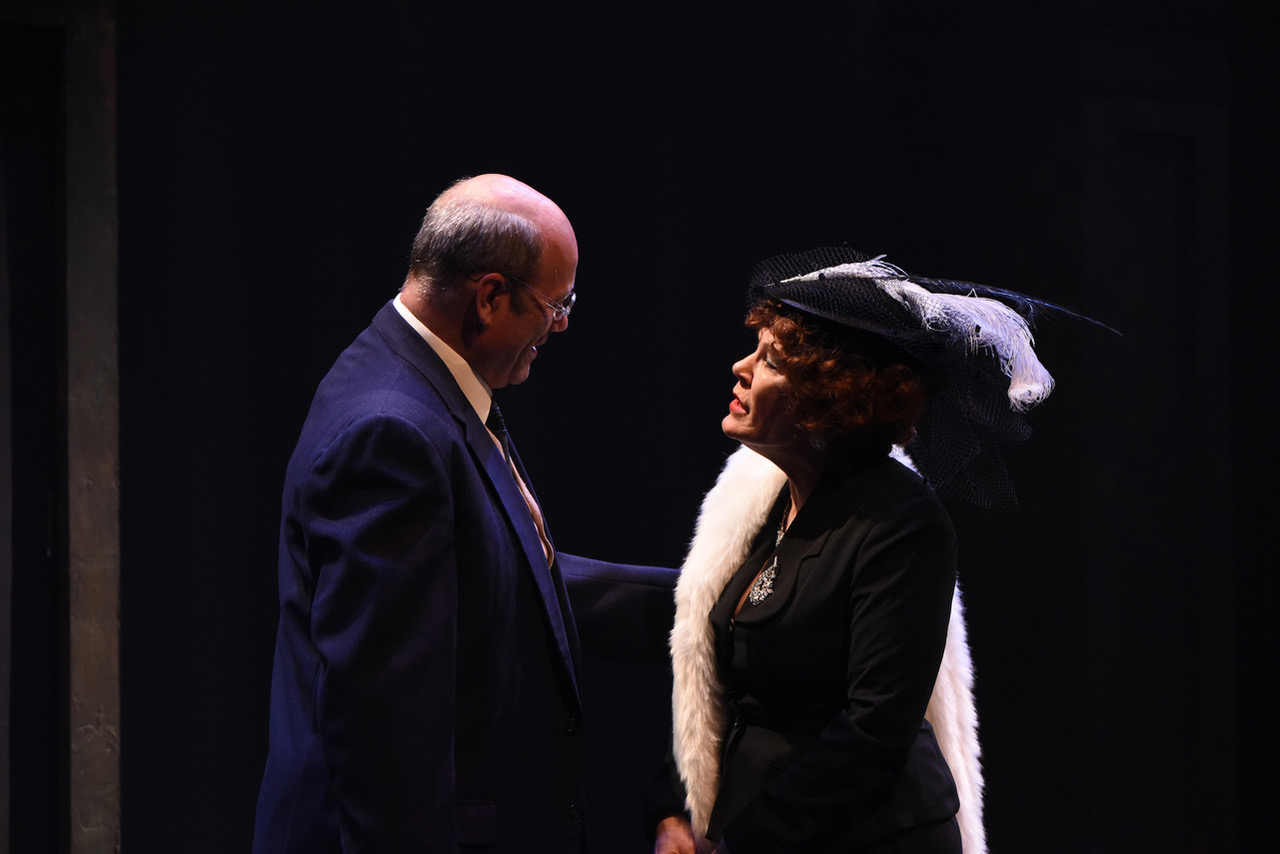 Based on the 1950 Academy Award-winning film, written by Billy Wilder and Charles Brackett, Andrew Lloyd Webber’s “Sunset Boulevard” tells the story of a would-be screenwriter, pursued by repo men, who hides his car on the grounds of what he believes to be a deserted mansion on the famed boulevard, setting off a chain of events that promotes the Buckeye boy to Hollywood gigolo. The role of the forgotten silent film actress who draws him into her web of fantasy and confusion is one of the great creations of its time.

Many producers of this piece have been challenged by the story’s celluloid predecessor’s grand settings. Porchlight’s production avoids this trap neatly. Jeffrey D. Kmiec’s set fills the intimate Ruth Page theater without stifling it, while lighting designer Maggie Fullilove-Nugent and projection designer Anthony Churchill do the rest. Bill Morey’s costumes are period-perfect, and everyone looks sharp at every moment.

Director Michael Weber’s cast is first-rate, from the busy ensemble to the leading players. In the cameo role of Cecil B. DeMille, David Girolmo is appropriately warm and knowing. We only have a chance to hear him sing for a moment and are left wanting more. Michelle Lauto’s Betty Schaefer is fun and funny. She turns on a dime when like turns to love and then loss. Larry Adams’ Max von Mayerling will make you forget all the glowering bald guys who came before him in this role. Adams offers a quiet, private person of great dignity. The score affords him ample opportunity to wow us with his golden, lyric baritone voice.

The small-town writer Joe Gillis is onstage most of the time, with a lot to say and a lot to sing. This everyman character is our way into the story and it is necessary for the audience to be able to identify with him readily. That fabled Midwestern apple-pie ethos needs to be on display or the character’s motivations could be confusing and even off-putting. While Gillis is the stabilizing influence in this world that is the offspring of the randy coupling of film noir and black comedy, he still needs to change and grow. Without his arc, there is no story. These subtly warring imperatives create a substantial challenge. Billy Rude is a talented young performer and it will be interesting to see him grow into this role. Rude has all the necessary tools at his disposal and Weber has lit the way.

The biggest reason to see “Sunset Boulevard” is to bask in the glow of the Norma Desmond of the evening. If you don’t have a Norma, you don’t program this show. Chicago favorite Hollis Resnik is the revelation we all expected her to be from the moment Porchlight announced the casting. Resnick’s Norma tiptoes across a tightrope strung between infantilized fragility and uncompromising strength. With this character, there is always a question of just how much whack-a-doodle needs to be tossed into the cauldron to be both respectful of the tale’s genesis and honest in the telling. Weber and Resnick get the recipe just right. (Aaron Hunt)