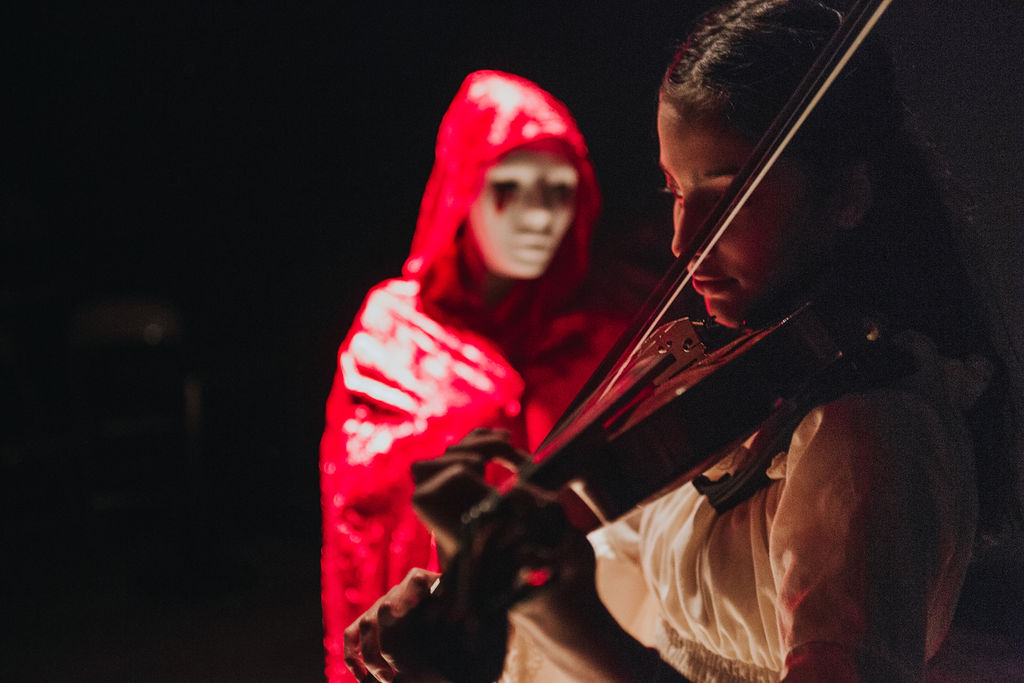 If Tiny Tim is the spirit of Christmas then a repetitive raven is the true specter of Halloween. This is the reason why the fall season typically brings some celebration of Edgar Allan Poe. Theatre Above the Law upholds this tradition with their remounted production of Christina Lepri’s “Poe.”

Set in a cabaret bar with a preening raven (Michael Dalberg) as master of ceremonies, “Poe” offers lightly reimagined versions of some of its namesake’s greatest stories as well as several poems, including, of course, “The Raven.” There is a lot of talent in this production. Emily Pazik and Ann-Claude Rakotoniania are especially impressive in a variety of roles. Director Tony Lawry’s staging incorporates many nice touches, such as the use of a violin at the onset of “The Masque of the Red Death.”

In general, the production is at its best when exploring Poe’s better-known works. “The Tell-Tale Heart” is performed especially well, with Austyn Williamson’s narration steadily building to a point of madness. Other offerings deviate greatly from the source material to the point where they appear curiously detached from their creator. I also question the wisdom of bringing so many of his stories to stage in one sitting, as they appear uneven in their delivery, with “The Fall of the House of Usher” especially long in the tooth.

Fans of Edgar Allan Poe will likely enjoy seeing familiar characters convincingly brought to life on stage. Those with only a passing interest in the great author, however, might better enjoy a more stripped-down, less visual production with more focus on the author’s distinctive voice. It’s this voice, buried deep in Maryland, that resonates today. (Noel Schecter)