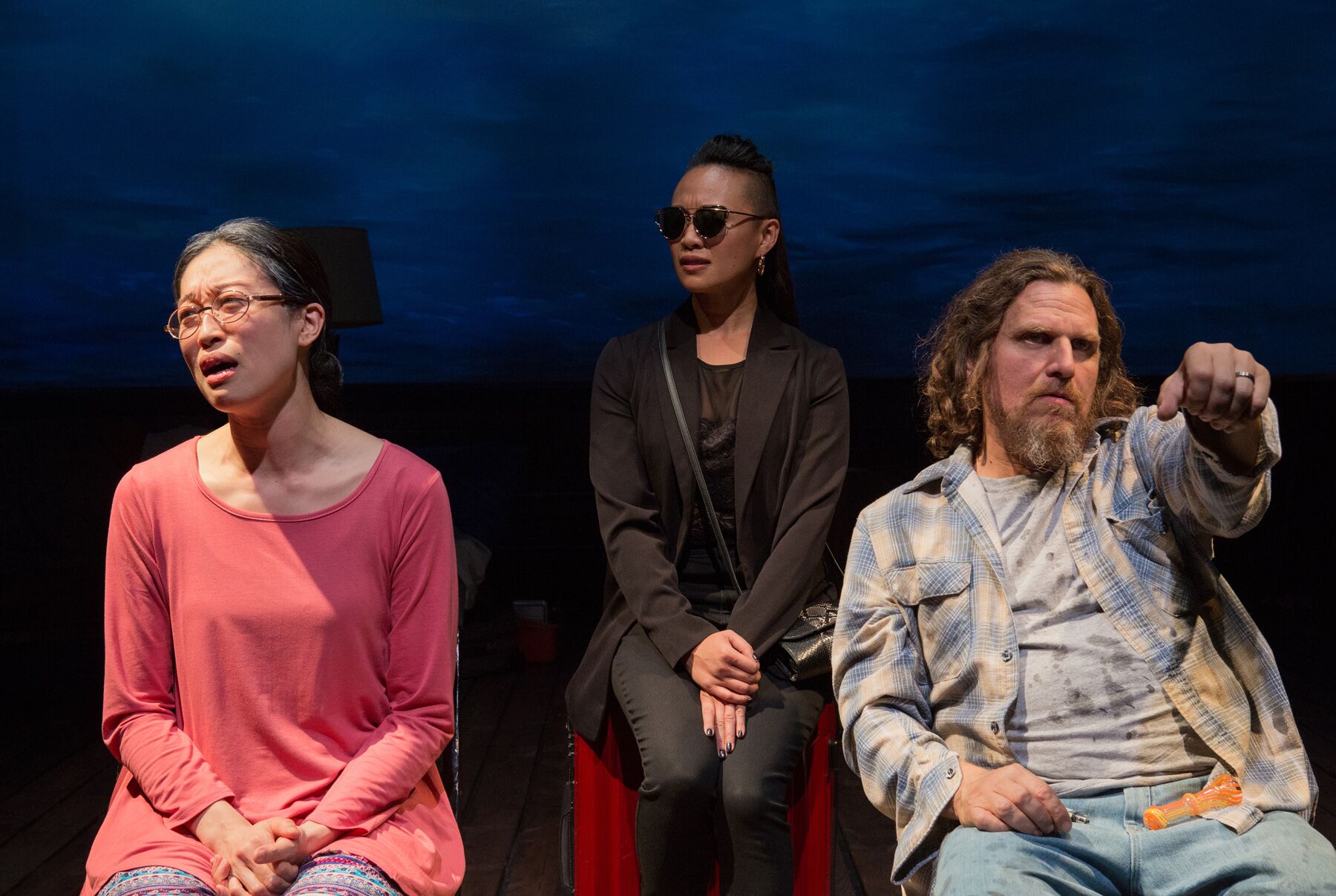 You can’t go home again. You also can’t ever completely escape the forces that have shaped you into your present being. It is this contradiction that forms the heart of Leah Nanako Winkler’s darn-near-perfect family drama “Kentucky.” Making its local premiere at The Gift Theatre, “Kentucky” is a coming-of-age story that easily transcends its genre, in large part due to the compelling nature of each character.

The most fascinating case study is Hiro (Emjoy Gavino) who is a product of her submissive Japanese mother (Helen Joo Lee) and quick to anger hillbilly father (Paul D’Addario). Raised in rural Kentucky, she escaped years ago to New York City to reinvent herself. Her younger sister Sophie (Hannah Toriumi) remained and found both Jesus and a fiancé. Hiro, convinced that Sophie has been brainwashed, returns to Kentucky pretending to be a bridesmaid, but secretly hoping to rescue her sister from the horrors of smalltown life.

The play, though, is much more than this skeleton of a story. Many of the elegant soliloquies delivered by nearly every character hint at the utter despair that can accompany life in a small rural town. The production also features high-quality performances: D’Addario’s transformation from an almost lovable redneck to raging psychopath is worth the price of admission. Just as impressive is Joo Lee as the long-suffering wife who perpetually grieves her daughters’ flight from home. Even the quirky touches—like a talking cat (Martel Manning in a cheap costume) and the singing bridesmaids that resemble a Greek chorus—work.

There are so many moving parts on stage, it is a wonder that director Chika Ike is able to keep everything in check. That she is able to do so while keeping the action moving is a testament to her talent. The only criticism is that the second act is nowhere near as powerful as the first. That sentiment is more a testament to just how good the first half is, including an ending that is almost a PSA about the dangers of toxic masculinity. That the play ends less dramatically does nothing to blunt the stark reminder that, in the end, maybe all we can hope for is to be a little less alone. You might not be able to ever truly come home again, but then again why would you want to? (Noel Schecter)