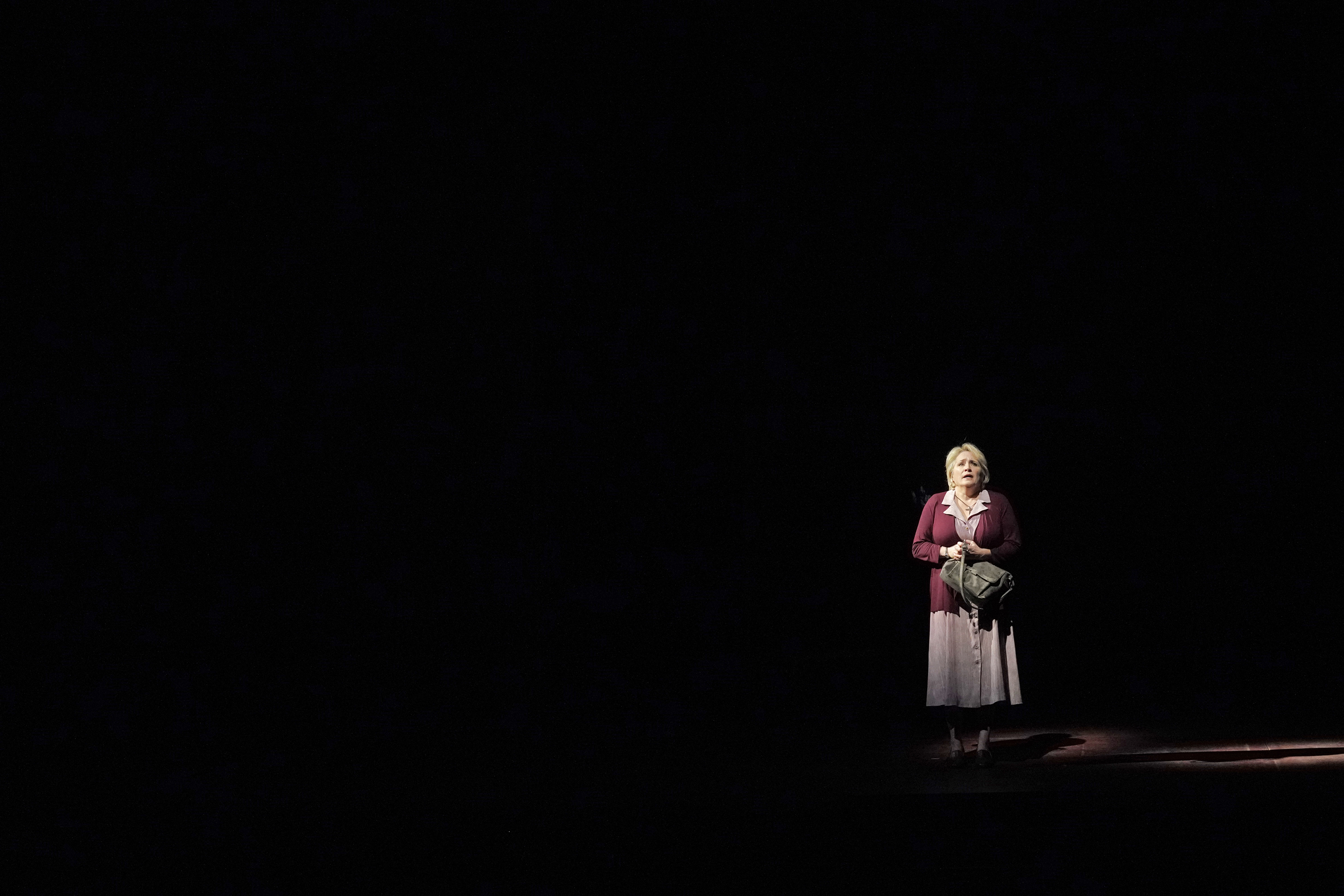 A convertible on a raked platform, staged like a vehicle in a vintage car show, but for the shadowy lighting and the cage of bars all around it. A young couple frolics naked around it, giggling, with music from the car radio. It’s a vision of a white teen bacchanal until the killing begins, prefaced by the flick of a lighter that tells you a bad dude is in our midst. Don’t smoke, kids.

“Dead Man Walking,” Jake Heggie’s 2000 opera with libretto by Terrence McNally and based on the novel by Helen Prejean, is a drama about the contradiction between a dominant religion premised on forgiveness and redemption and a justice system premised on incarceration and capital punishment. These conditions predictably lead to confusion and hypocrisy, here exercised on the bodies of death-row inmate Joseph De Rocher (Ryan McKinny), who admits to no crime and no remorse, and Sister Helen Prejean (Patricia Racette), who has tasked herself with obtaining a confession and saving his soul.

In this very American tale, Heggie’s music is thin, eerie, atmospheric and unmemorable, while McNally’s lyrics are at times irritatingly trite, a quality that is magnified by the inconsistent application of southern accents (“I believe that I’m bad. Way bad,” sings De Rocher during a moment of gravity and purported insight). The only tune you’re likely to leave with is, “He will gather us around,” a hymn melodically reminiscent of “This Train is Bound for Glory,” sung by Sister Helen and the children she teaches at Hope House, the school where she is assigned. Despite these flaws, as in Greek tragedy, the characters acquire charisma through the unhappiness of their situations and the obsessions that drive them. The measured pacing of the piece makes the jokes clunk but effectively compels an audience to sit with the problems it presents of crime, punishment, justice, forgiveness and love.

Michael McGarty’s looming sets of towering prison bars form a backdrop for heavy-handed crucifixion imagery: Sister Helen, arms out to her sides as she’s searched by prison guards; De Rocher strapped to the gurney for his execution. Whitney Morrison and Lauren Decker dazzle in their turns as secondary characters Sister Rose and Jade Boucher. (Irene Hsiao)