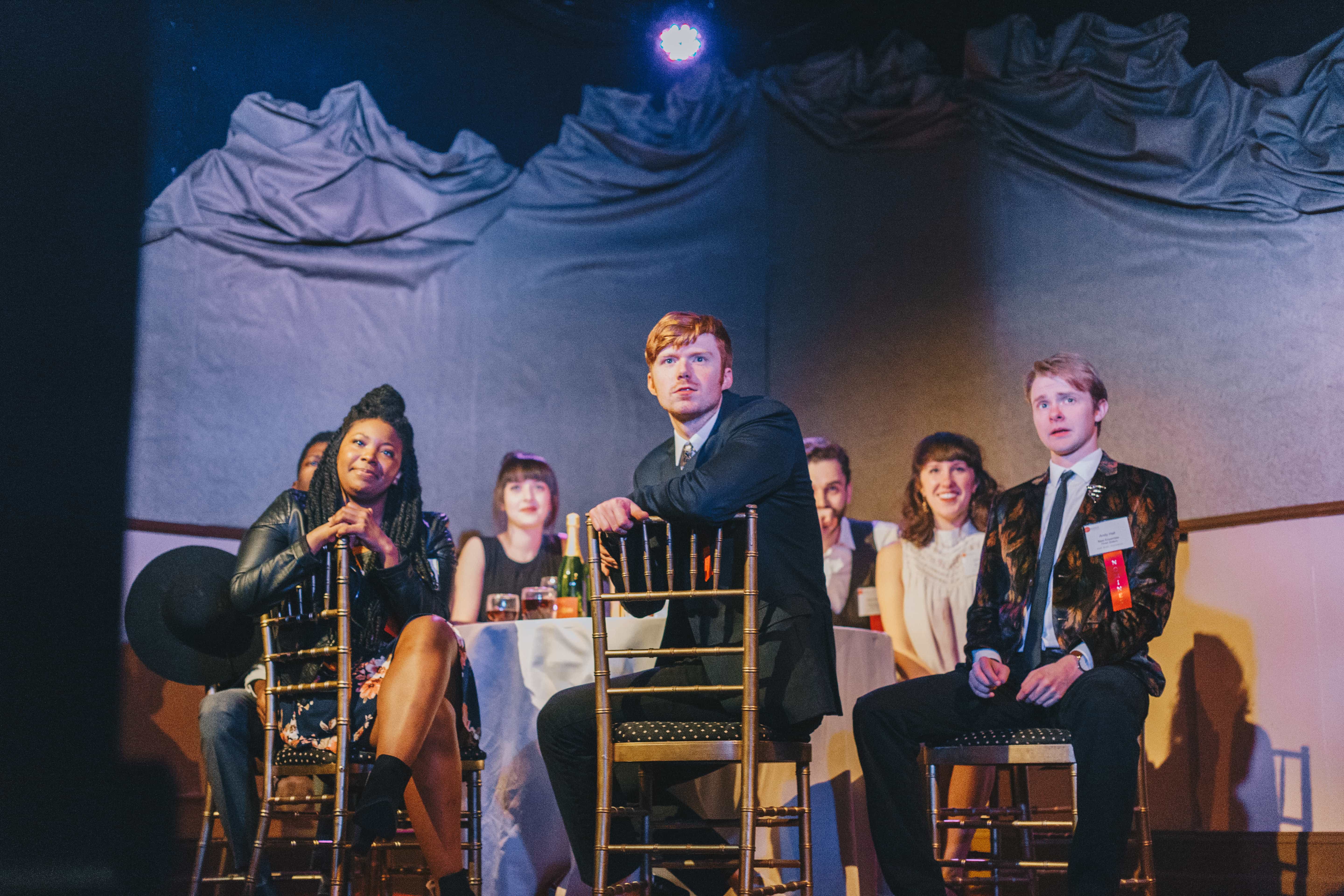 The cast of “Red Bowl at the Jeffs,” produced by The Sound/Photo: Montana Bruns

It all started in a basement…”

Or so the mythologizing goes when you talk to theater companies in Chicago. Steppenwolf, now a multimillion-dollar nonprofit theatrical enterprise, started from humble beginnings in a church basement, honing in on a specific brand of honest and raw performance, ballooning into a nationally renowned institution that many theaters hope to emulate. It’s as close to a theatrical American Dream as you can get, a Chicago spin on New York’s “If you can make it here, you can make it anywhere.”

But a myth is a myth for a reason: the ideal starts to unwind when you dig into the context of time, circumstance, opportunity and, of course, good old-fashioned luck. In a plain as wide as the Chicago theater scene—the League of Chicago Theatres advertises the city as having “more than 200 theaters”—and with so many larger companies fixed in the limelight, what inspires this generation’s theater-makers to start their own companies?

I sat with artists from four up-and-coming storefront theaters to find out their mission, why they do what they do, and what they see as the future of Chicago’s illustrious and oft-discussed storefront community.

A common theme among the artists I spoke with is a desire to find opportunities that otherwise aren’t there, especially those who are working to create art that goes against the mainstream. This is what served as the initial impetus for The Sound, where Rebecca Willingham (artistic director) and Beth Hyland (playwright in residence) created a home to hone their own theatrical voices and develop their artistic sensibilities. The Sound began its life with “Seagulls,” a contemporary, indie-rock adaptation of Anton Chekhov’s “The Seagull,” premiering as part of the Chicago Musical Theatre Festival. The production cemented Hyland and Willingham’s fascination with music, language and theatricality in their work. The same show was remounted as part of Steppenwolf’s LookOut series, four years after its initial production, offering Willingham and Hyland a full circle, showing how far they’ve come as theater-makers.

Their work experiments with an array of theatrical forms. One of their boldest productions, “Red Bowl at the Jeffs,” explored the highs and lows of making non-equity storefront theater in a highly introspective and hilarious takedown of the Chicago theater scene. Their follow-up, “Killed a Man (Joking),” dissected feminine violence and justice in a pop-up production staged in a Den Theatre lobby space, in conjunction with First Floor Theater. “Asking people to sit in the dark, face forward and listen to the thoughts that you have is actually an incredible, massive ask,” Hyland says. “Neither of us ever take that for granted in our work, I think we try to earn the audience’s trust, of course, but also [their] attention because, attention and time are massive gifts.” 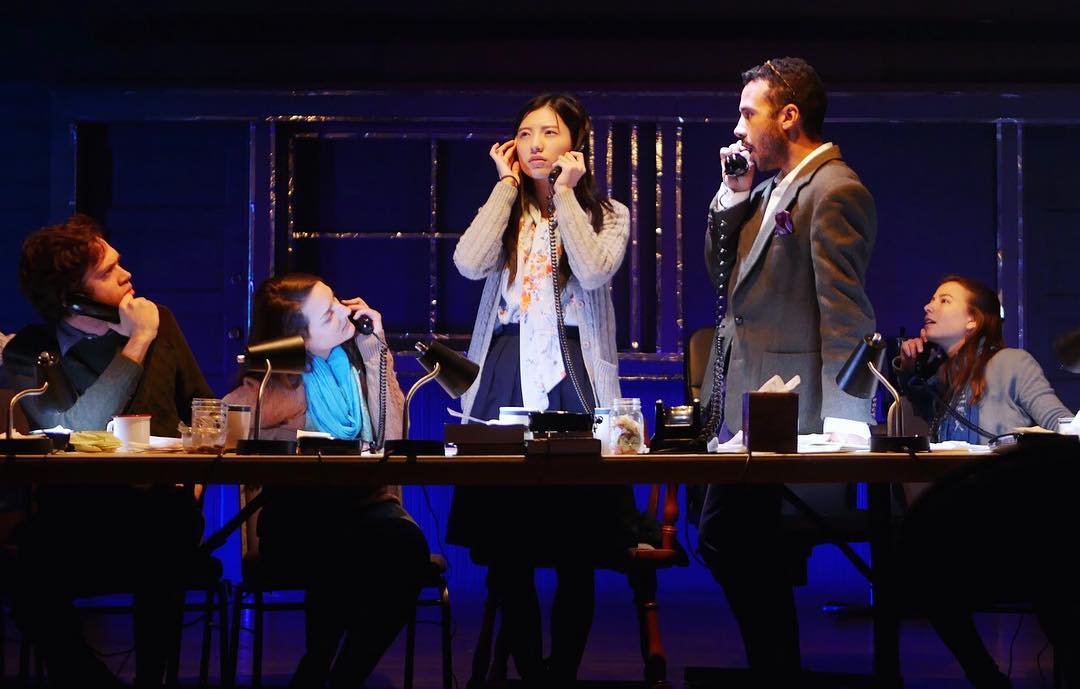 “Spirits to Enforce,” produced by The Passage Theatre/Photo: Evelyn Landow

With The Passage Theatre, Cory Hardin (artistic director) and Grace Bolander (marketing director) see a company that builds itself upon the fact that good art doesn’t have a foot to stand on if the artists making the work aren’t treated with respect. They see their three guiding principles as “Doing things the right way. Treating artists with respect. Taking our career in our own hands.” This is the starting point for their work, and this dedication to ethical art has cemented their place in the community.

The Passage Theatre recently concluded its first season, a two-production whirlwind comprised of Mickle Maher’s Shakespearean riff “Spirits to Enforce,” and the solo performance compilation “The Lessons.” With both of these productions, wildly different in presentation, tone and subject matter, the company knew that a sense of strengthened communication, and strengthened community, could be the hallmarks of The Passage.

Cory remembers the moment that The Passage as a community truly solidified for him, watching a run of “Spirits to Enforce.”

“I remember standing in the back of the church and being incredibly proud of the ensemble, with tears streaming down our faces, because we had truly lived by everything that we were putting forth. Everything we believed in was right in front of our eyes.”

Their upcoming season is comprised of two world-premiere productions, from playwrights Preston Choi and Beth Hyland, further proof of the interconnectivity of the artists in our city.

“I think that speaks to how involved we want to be with our community,” says Bolander, “and how much we want to raise up the voices of people who invest in our community.”

Starting a theater company should stoke a little bit of fear. Luckily, Millie Rose and Cory David Williamson (co-artistic directors) have chosen to let fear be their guide in crafting The Barrens Theatre Co. With fear as an impetus, in terms of content as well as mission, the company has crafted a niche in expanding the limited scope of storefront immersive theater that stems from a sense of discovery.

“We want to produce work that challenges us, challenges our audiences, and challenges our form,” Molly Donahue (director of play development) says. “And that comes from this kind of overall metaphor of fear, of facing our fears. We’re going to face our fears together.”

Their latest piece, “Bloody Bathory,” is an expansion of a piece workshopped last year, dissecting the legend of the accused Hungarian serial killer Elizabeth Bathory while exploring her history through a new perspective. Like “Sleep No More” in New York City, audience members have the option to follow seventeen individual characters across the course of the production, providing each person with a one-of-a-kind theatrical experience.

The Barrens set out to create fully immersive theatrical experiences only if it fits the text being produced. Still, even if they were to produce a show in a proscenium setting, they look to challenge the perceptions of how that style of theater is usually consumed.

“I haven’t seen anybody do this kind of stuff before,” says Rose. “So it’s fun to be on the forefront. It’s like doing something that’s just a little bit different and daring.” 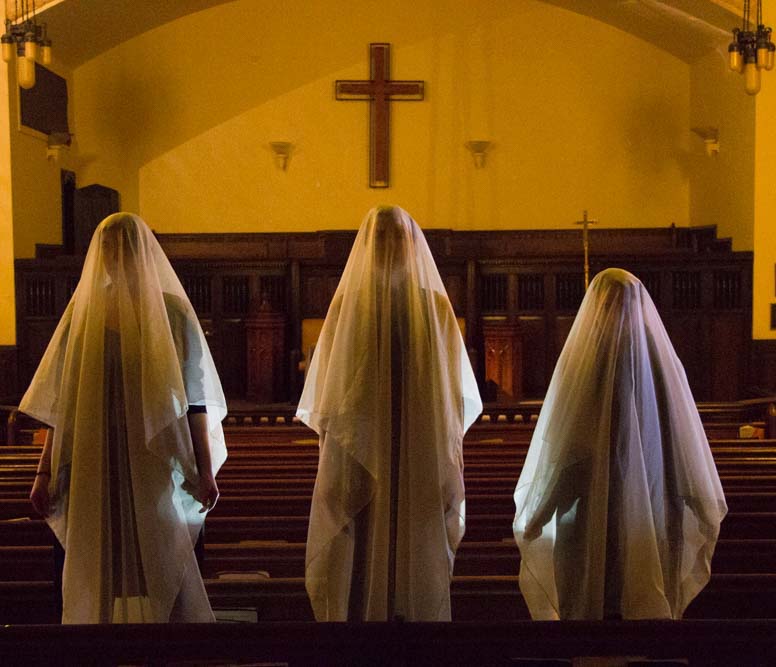 “Good citizens make good art,” says Gloria Imseih Petrelli, who is in charge of community outreach at The Neighborhood as well as a board member. “[We’re] making sure that we as good people are making art that we want to see. And realizing that other people want to see that too,” she says.

The Neighborhood has crafted pieces that range from stylistic takes on contemporary plays (a production of Noah Haidle’s “Vigils” with a picture frame as the primary design element), world premieres addressing contemporary pop culture (“Goodnight, Fred Rogers,” about the sweater-wearing children’s program host), and rough-and-tumble takes on the work of Anton Chekhov (“Ivanov!” and “III Sisters”). Their aesthetic includes working with ladders and found objects to create a homegrown feel, like a group of kids creating a play with whatever they could find in their attic.

Kadin McGreevy (founding director) feels a sense of necessity, working to access people’s perceptions and imaginations as they craft their work to be challenging and engaging. “There is a real joyful discovery in being like ‘It’s on purpose. There’s a reason why we’re doing it.’ We don’t ever intend [to have] a running sink in our show. Because there’s a better way to do it in theater.” 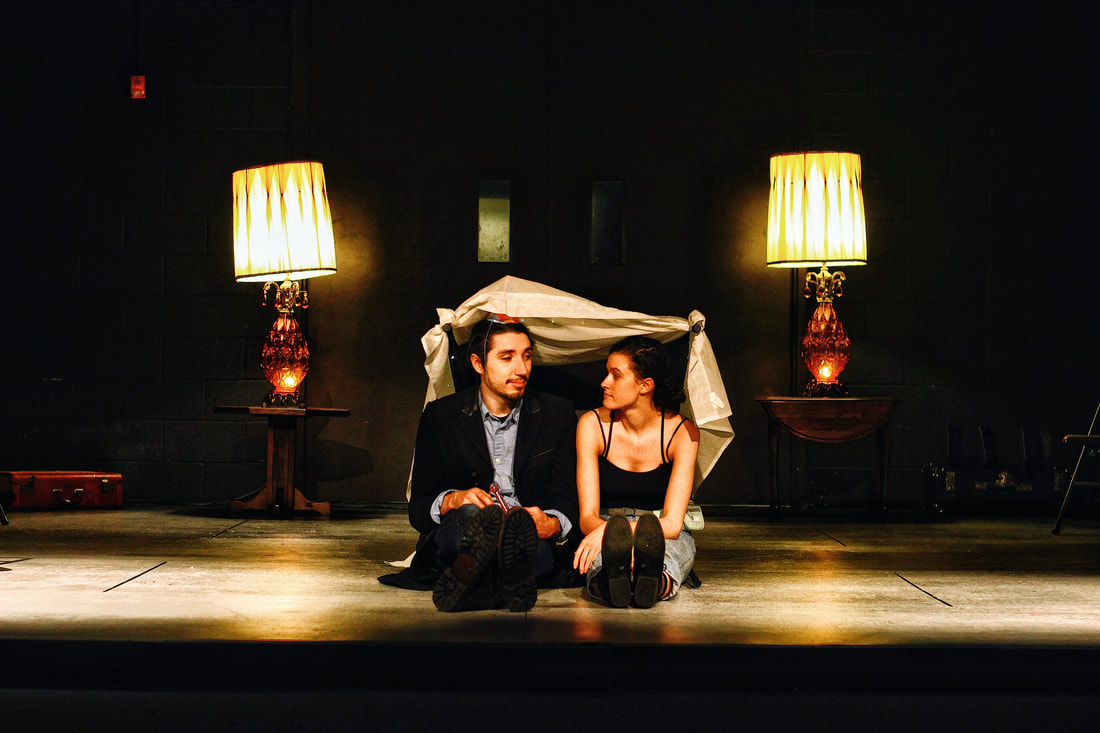 These are four of the many companies that are created (and dissolved) on a daily basis in Chicago. Goodman Theatre executive director Roche Schulfer has referred to Chicago as the “Silicon Valley for theatre startups.” It’s a fragile ecosystem, but one that allows for growth, opportunity and change. And the next generation of theater-makers are making sure that their art is challenging, thoughtful and binds us together as a community.

“A theater should be like a church, or a firehouse,” says Hardin. “[We] need to be able to go toward it in times of need.”