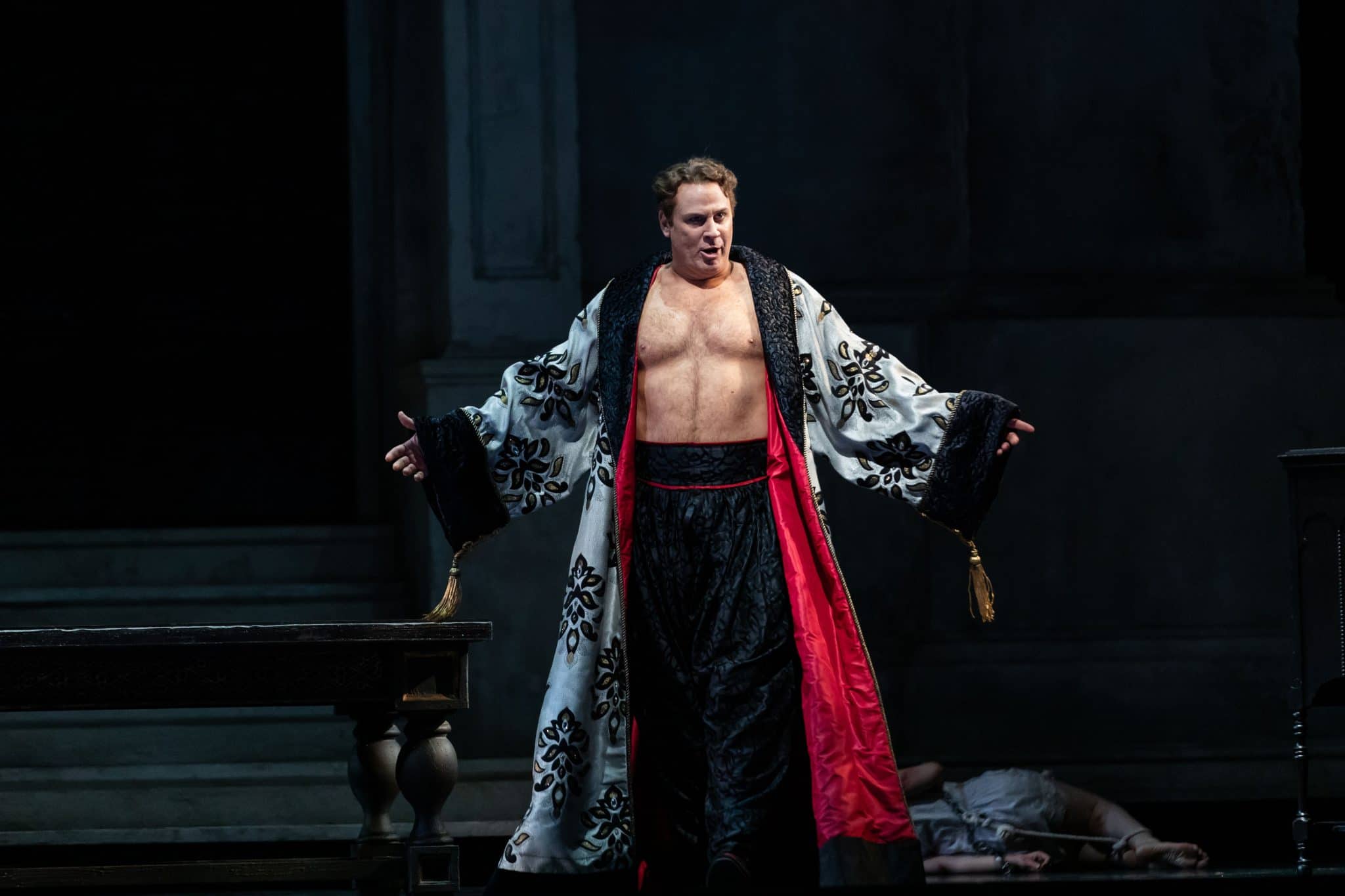 Current scholarship tells us that Tirso de Molina, a Roman Catholic monk, was the first writer to bestow the moniker of Don Juan on the licentious, over-testosteroned trope of self-entitled masculinity run amuck in his play, “El Burlador de Sevilla y convidado de piedra” (The Trickster of Seville and the Stone Guest). By the early 1600s, this Spanish priest was one of the most popular playwrights of his time. He is remembered for his wit, attention to the representation of female characters and free exploration of his characters as sexual beings. While we can be assured that there were plenty of Spanish noblemen racing about between conquests, grabbing what they considered their birthright wherever and whenever it pleased them, it was ballsy of this cloistered fellow to tell the truth of it. Unsurprisingly, there were those who wished to silence, or at least purify, his art. The Church moved him around to throw water on the flames of argument. Some of his work was published under the name of a nephew.

Playwright Lorenzo Da Ponte drew upon this source material, and his libretto,
“Il dissoluto punito, ossia il Don Giovanni” (The Rake Punished, namely Don Giovanni or The Libertine Punished) provided his most famous collaborator with the text of an opera that premiered in Prague in 1787 to great acclaim. It’s edifying that the work suffered with confusion around its categorization. “Don Giovanni” is a “problem opera” in the same sense that Shakespeare’s “The Tempest” rests in differing classifications, depending on which devotee is questioned. Is this opera a “dramatic comedy”? The statue of the father of a woman wronged (or is she raped?) by Don Giovanni comes to life, sings thunderously and sends him to Hell (in most productions), so the supernatural is in ready evidence. Just how much of the story is mired (or saved?) in the presence of melodrama?

The fact that Mozart kept futzing with the piece, adding arias and duets and removing the final ensemble that spells out the moral may suggest his own discomfort with the arc of the story. Eventually, he came to label the work an opera buffa. But what of today’s productions? In an era where we are only at the edge of the fiery lake of discussion around the systematic and well-honed abuse of women as a way of life, as a fact of our existence, a fait accompli, can the brilliant music of “Don Giovanni” be saved by a contemporary examination of the story?

Director Robert Falls’ production (last seen in Chicago in 2014) succeeds better than might be hoped for by simply telling the story, as is, through the text and the music. Falls doesn’t thrust melodrama (or worse, slapstick) into the story to soften a plot point, nor does he call for outsized, scenery-chewing performances by the female characters that might confuse the details as they stumble through the crimes and misdemeanors visited upon them. The opera opens with the abuse of Donna Anna, seen through a window in shadow. Most certainly the foul deed was sexual assault, but Falls leaves the audience (as does Da Pointe and Mozart) to grapple with whether or not the deed descended to rape, even as her fiancé, Don Ottavio, out-Hamlets Hamlet in vacillating on revenging Donna Anna while she worries that her story will not be believed against the word of Don Giovanni, who ranks higher in society. Don Giovanni shoots Donna Anna’s father needlessly, not accidentally or in self-defense, but in a quiet and calculated way, without remorse.

Donna Elvira is not played as an unhinged woman, so precarious of stability that the loss of an inconstant lover such as Don Giovanni has her rending her garments and throwing herself to the ground. Rather, she is a woman of means, with the agency to stand alone in her anger and sadness and to name it calmly. Mozart’s climbing phrases and coloratura flights illustrate her self-examined emotions. The peasant girl Zerlina is led offstage by Don Giovanni and returns with her wedding dress shredded and hanging off her person. Falls’ soubrette doesn’t change into a pretty peasant dress before her next scene; she wears the colors of her abuse for the rest of the evening. Zerlina’s fiancé Masetto isn’t played as a buffoon, as is so often the case. Rather than being too stupid to notice what is happening to his beloved, here he is seen as someone who is fighting hard against circumstances that are beyond his stature. Even Leporello, Don Giovanni’s assistant and accessory in all things, usually played as a Shakespearean “natural fool,” is given a sniffing-powder by his employer to dull his sense of humanity. If today’s audience is to swallow this tale without immediate acid reflux, Falls’ exploration is surely the way to go about it. Falls doesn’t impose upon the facts. He tells the story and leaves it to sit on the audience’s consciousness.

One could travel far and wide to find another cast of such uniform excellence. Matthew Rose is a delightful Leporello. Rachel Willis-Sørensen is a dream Donna Anna, her lyric line as steadfast as the character’s self-knowledge. Lucas Meachem is a terrific Giovanni, robust of voice and pectorals, and unstinting in his presentation of a villain who we hope it is no longer de rigueur to secretly admire. Ben Bliss sings beautifully as Don Ottavio, tossing off the two arias, written to highlight the talents of two different tenors, with ease and exactly the right style. It is easy to fall into the sweet, loving character created by Brandon Cedel as Masetto. Ying Fang’s Zerlina and Mika Kares’ Commendatore have much to commend them.

If you have been waiting breathlessly to hear Chicago favorite Amanda Majeski as Donna Elvira, your high expectations will be left in the dust. So palpable is Majeski’s energy here, her Elvira’s willpower hits the stage before her person. The voice sparkles in determination and ripples in anger, steadfast in peerless technique and breathtaking beauty.

If it is true that the healing from PTSD takes forever and then longer, the ghosts of generations upon generations of women who could not defeat their inhuman circumstances should never allow us to rest in our collective lifetimes. Bring your newest understanding to the theater and measure it against this tale told by a Spanish monk in the 1600s. Let’s not give up the music. Let’s revel in Mozart’s genius while seeing Don Giovanni for who he truly is, so we can more readily recognize him at the lunch counter or on the train platform. (Aaron Hunt)