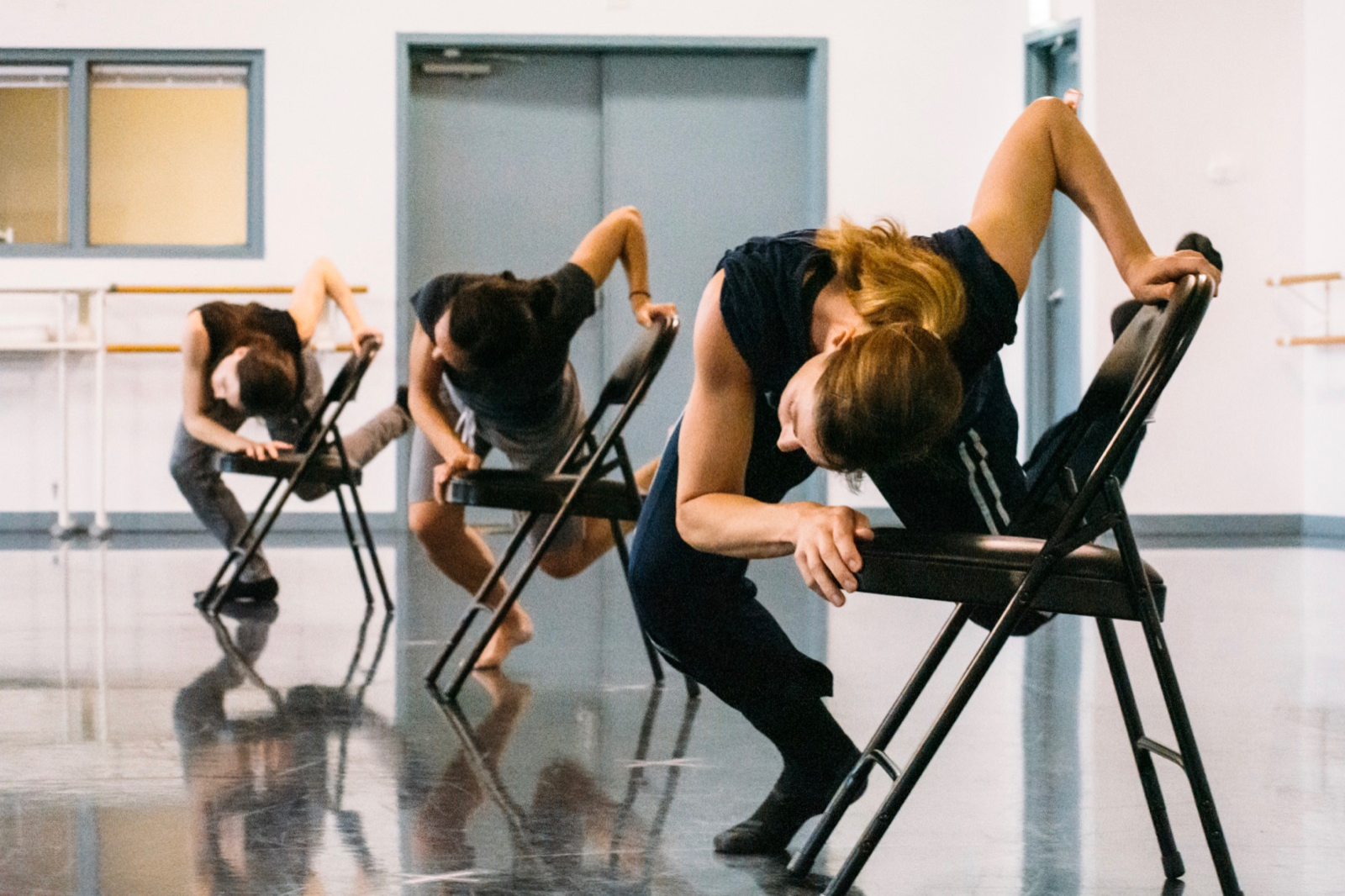 Chicago lost a bright light this time last year when Claire Bataille, one of the founding members of Hubbard Street Dance and longstanding director of the Lou Conte Dance Studio, passed away at the age of sixty-six. In the months before her death, Bataille had quietly collaborated with choreographer and Hubbard Street alum Robyn Mineko Williams on a solo focused on the creative process. The two continued to collaborate after Bataille was diagnosed with pancreatic cancer and, after Bataille passed on, Mineko Williams continued to develop the dance, changing it from a solo to a trio performed by herself, fellow Hubbard Street alum Meredith Dincolo, and current company member Jacqueline Burnett. An excerpt of the show, “Echo Mine,” premiered at the Dance For Life fundraiser concert in August and the piece in full runs for a single night at the Harris Theater this Saturday. Mineko Williams talked about how an intimate, process-focused collaboration grew into a fully produced evening-length show, with original music by Califone and production design by spectacle-maker CandyStations—and what to expect in future iterations of “Echo Mine.”

How has “Echo Mine” evolved from the solo to the large-scale piece it is now?

I feel like this piece has become quite a production, but it’s really still about the process of the making. The product has shifted so much since I started with Claire. I was thinking of a minimal, intimate showing, just about the idea of us working together. With Claire becoming ill and continuing the piece, I didn’t have a specific product in mind. The Harris showed interest, and Deborah from CandyStations came in with design, and it snowballed organically into something very different than I originally had in mind. Which is great. It’s pushed me in directions I never expected to go. I’m still watching and analyzing the piece and seeing what it’s really about. A lot of emotion and processing was happening. And still is.

With this big venue, does it feel to you the piece is finished, or will it continue to grow and change?

I’m never interested in premiering a piece and having it stay. I enjoy seeing it evolve. I’m excited about this kind of slick rock-show proscenium version we have going on. But we’re working on another version with Califone. We’d talked about having them perform live with us at the Harris, but the timing of the visuals was so specific it wouldn’t work with the way Califone plays. So what’s really exciting to me is to have these two versions exist: a proscenium version and a version with Califone live, the three dancers, and less of a production, highlighting the music and dance in a more spare environment. It gives us opportunity to play, keeping the heartbeat of “Echo Mine,” while giving it more space.

It’s interesting to see how you’ve worked in so many different settings and on different scales, from big productions like this to intimate performances in public spaces.

Yeah. I don’t really know what I’m doing. I love Hubbard Street and it was a beautiful place for me to grow up, and River North before that, but it’s very structured, repertory, company presentation. I loved it and I learned a lot from it. But I think my true interests are in figuring out how to take the thing I love about that and find newness and find my speed. It doesn’t mean big or small, but what hits in the moment with the collaborators. (Sharon Hoyer)