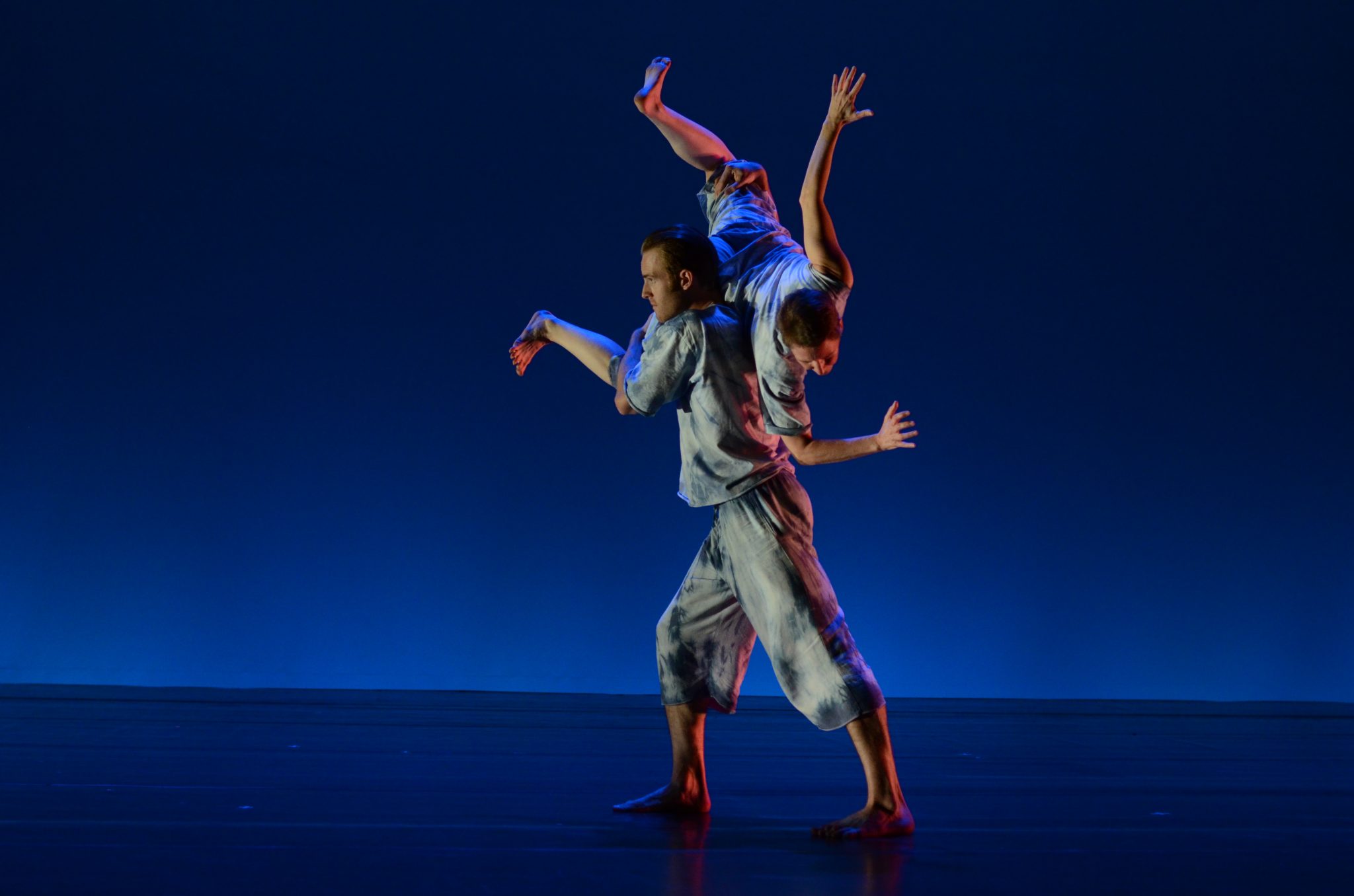 Dan Plehal, co-founder of Aura CuriAtlas Physical Theatre, says his six-year-old company is hard to classify: “It wants to live in circus, theater and in dance, but is never fully in any of those three.” Part clowning, part dance, part acrobatics, Aura CuriAtlas (the name refers to lightness and strength, with curiosity at the center) uses the human body, with occasional musical accompaniment, to tell stories without words, from everyday situations seen through a new perspective, to outright abstract flights of fancy.

The company evolved as a collaboration between Plehal and one of his former professors at William & Mary, Joan Gavaler, and Plehal traces the origins back to the classroom. “In college, a dance professor and theater professor decided to join forces and create a class dedicated to physical theater,” he says. “I loved it; the physical type of storytelling really caught me. I took the class three years in a row and assisted later. It stuck with me. I went to Philly for grad school and then to study in Italy. Joan and I kept in touch. Once I came back from grad school, she invited me to make a piece with her. At the time I was getting heavily into partner acrobatics and brought that in the mix. She wrapped me into the dance world, and we met in the middle.”

Happy with the result, the two continued working together. “I called a buddy from grad school and she called an alum she taught at William & Mary,” Plehal says. “We formed a company, booked ourselves a date in Chicago for eight months from that time and decided in eight months we’d have a show, so we got to work making one.” 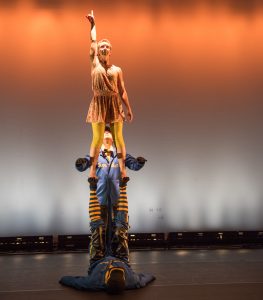 That show was “DREAM LOGIC,” a series of short pieces, selections from which Aura CuriAtlas will perform January 9-11 as part of their program at Steppenwolf 1700. Two years later came “A Life With No Limits,” inspired by the life of astrophysicist Stephen Hawking. In this piece, which played in June at Stage 773 as part of the Physical Theatre Festival Chicago, the company used their bodies to trace the journey of Hawking’s physical deterioration and mental expansiveness: “We vacillate between the caretaking and physicality of the relationships, and transition into mind space,” Plehal says. “Seeing how he functions inside his brain, and our bodies become the objects in mental, celestial space.”

2019 was a busy year for the company. In May they performed at the Kennedy Center, and when I spoke with Plehal in November, they had returned from a tour of Cyprus. The performances at Steppenwolf come quickly on the heels of these engagements, especially for a company whose members reside in different states. Plehal is here in Chicago, Gavaler lives in Virginia, and Mickey Lonsdale, the third core member, lives in Stamford, Connecticut. About twenty additional collaborators are spread out across the country. Five cast members will perform at Steppenwolf, three of whom are Chicago-based circus performers. Plehal has a history at Steppenwolf prior to the upcoming show with Aura CuriAtlas, appearing two years ago in the cast of “The Doppelgänger (an international farce),” and last year as the movement creator for “The Curious Incident of the Dog in the Night-Time.”

For the Steppenwolf program, Aura CuriAtlas will also premiere their newest piece, “The Fool and The World,” inspired by the Major Arcana of the tarot deck. For each of the cards, the company created a movement sequence accompanied by an original piece of music by composer Sophia Serghi a Cypriot-born composer now at William & Mary. For this show, five performers will act out the twenty-two segments in the order they appear in the tarot deck, then ask an audience member to pull three cards from a deck at random. Those three cards will be performed again—a physical tarot reading. “One of the things I love about the tarot is that it doesn’t give you the answers; it’s not some diving fortune telling, there’s no magic to it,” Plehal says. “In some locations we’ve performed there’s some superstition we’ve had to fight against for people to embrace this performance. But the tarot is a tool for your own intuition. It presents archetypes to guide your thinking, but really to just wake up the thoughts that are already in your brain and point to them. We’re excited to try out that reading with Chicago and see how people respond to it.” Plehal encourages audience members to stick around and talk with the company after the show in the cozy confines of the Front Bar. “We’re always out chatting with audiences after the show and want to hear how people respond and take that with us.”