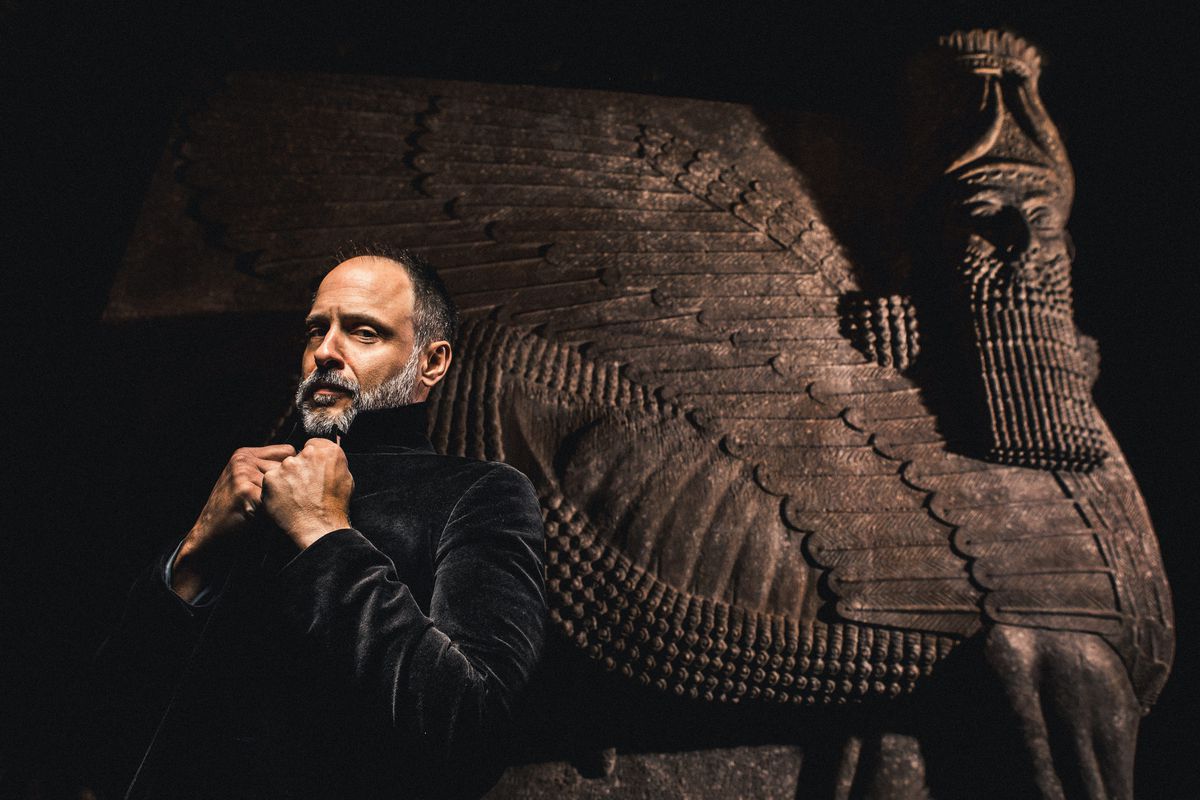 Every year, Newcity produces a comprehensive Fall Arts Preview, which serves as an overview of our city’s vibrant arts community, including, but not limited to, our world-class theater scene. And while it’s natural to get excited for the return to regularly scheduled programming represented by the autumnal months, any real Chicagoan (or, for instance, any increasingly bitter, displaced New Englander) knows that fall is merely a prelude to the Midwest’s season of choice: winter. We may not have the awe-inspiring peaks of the Rockies or the Appalachians or even the snowmobile sports of isolated rural frost-spots, but we do have art and plenty of it. As we enter the depths of this dark, cold and soul-trying season, we offer a mere glimpse of that which keeps our spirits and earthly substances nourished. It is why we came and why we choose to stay, year upon year, rain upon snow… upon rain… upon snow… upon…

Stay bundled, bold and brave, Chicago. And find yourself in the warm embrace of the theater.

Editor’s note: the show descriptions below are courtesy of the producing companies. All events are subject to change. Check each company’s website for details and confirmation.

Thirst
(Strawdog Theatre Company)
Set in a tense, segregated society, this complex look at family and love in wartime explores the politics of race and redefines community in a fierce post-apocalypse.
January 13-February 15

The Gulf
(About Face Theatre)
As passions and tensions flare over infidelities, life choices and job struggles, the two women at the heart of this Lambda Literary Award for LGBTQ Drama-winning play must confront what it takes to overcome the space between them.
January 16-February 15

Juliet: A Dialogue About Love
(Theatre Y)
The story of a Juliet with no Romeo, woven by a chorus of mothers in a poignant commentary on motherhood and the existence of eternal love in a deeply oppressive society.
January 16-February 16

If/Then
(Brown Paper Box Co.)
With unforgettable songs and a story by the Pulitzer Prize- and Tony Award-winning creators of “Next to Normal,” this musical paints a moving portrait of the lives we lead and the ones we might have led.
January 26-February 16

How A Boy Falls
(Northlight Theatre)
A newly hired au pair is thrust into the midst of a mystery when the loss of a young boy casts suspicion on her as well as the boy’s wealthy parents in this world premiere from Steven Dietz.
January 31-March 1

Labyrinth
(Broken Nose Theatre)
It’s open season on Wall Street as moneymen push entire countries toward the brink of bankruptcy before beginning to reckon with the true price of fortune hunting.
February 3-February 29

Roan @ the Gates
(American Blues Theater)
A longtime couple confront questions about their marriage that they never thought to ask as their personal relationship collides with national security in the local premiere of a play by ABT artistic affiliate Christina Telesca Gorman.
February 6-February 29

A Doll’s House
(Raven Theatre)
Henrik Ibsen’s masterpiece about a radical thinker trapped in the patriarchal world of 1870s Norway gets a vibrant and progressive new adaptation.
February 10-March 22

Stick Fly
(Writers Theatre)
Sibling rivalries and parental expectations come to a head as family secrets emerge during a weekend away that becomes more interrogation than relaxation, in a witty and moving rollercoaster of a family comedy-drama by Lydia R. Diamond.
February 12-March 15

A Raisin in the Sun
(Invictus Theatre)
Lorraine Hansberry’s perennially relevant twentieth-century classic about the divergent dreams and conflicts within three generations of an African-American family on Chicago’s South Side in the 1950s.
February 17-March 15

Titus Andronicus
(Haven)
This production of Shakespeare’s revenge-tragedy promises a thrilling, bloody marathon raising the voices of marginalized people who are too often excluded from classical theater performance.
February 18-March 15

Kill Move Paradise
(TimeLine Theatre Company)
Inspired by the ever-growing list of slain unarmed black men and women, this new play from James Ijames is a portrait of those lost: not as statistics, but as heroes who deserve to be seen for the splendid beings they are.
February 19-April 5

Poison
(The Plagiarists)
A battle of will and wit in seventeenth-century Paris will expose the truth about class: that justice is only for the rich and powerful.
February 20-March 14

The Layover
(The Comrades)
Stranded on a snowy Thanksgiving night, two travelers dare to ask and answer questions that will send both of their lives into upheaval.
February 20-March 22

I Am Not Your Perfect Mexican Daughter
(Steppenwolf for Young Adults)
A poignant new work—adapted by Isaac Gomez from the award-winning novel by Erika L. Sánchez—is a love story to young Chicanas who, in trying to find the truth about the people and the world around them, end up finding themselves.
February 29-March 21

Day of Absence
(Congo Square Theatre)
Winner of the coveted Vernon Rice and Obie Awards, Douglas Turner Ward’s play recounts the uproarious emergencies that occur when a Southern town is faced with the sudden and inexplicable disappearance of all its black and brown citizens
March 2-March 22

The Pillowman
(The Gift Theatre)
The dark, twisty and utterly unforgettable masterpiece from one of Ireland’s most treasured writers is granted new life by director Laura Alcalá Baker.
March 2-April 5

What the Constitution Means to Me
(Broadway In Chicago)
Heidi Schreck’s boundary-breaking play breathes new life into our Constitution and imagines how it will affect the next generation of Americans.
March 4-April 12

Her Honor Jane Byrne
(Lookingglass Theatre Company)
It’s 1981 and Chicago’s simmering pot of neglected problems boils over while the city’s first woman mayor moves into Cabrini-Green, prompting the question: is this just a P.R. stunt or could it truly bring the city together?
March 7-April 12

Fast Company
(Jackalope Theatre)
A family of gifted grifters put together the score of the decade but will they all get in on the action or will only one walk away with the whole pot?
March 10-April 11

Grey Gardens
(Theo Ubique Cabaret Theatre)
The first Broadway musical to be based on a documentary, this hilarious and heartbreaking story shows the infamous psychological struggle of a mother and daughter.
March 16-April 26

The Dream King
(Teatro Vista)
Marvin Quijada’s genre-bending classic love story has a distinct twist: a man falls in love with the woman of his dreams while in his dreams.
April 6-May 10

Under The Tree
(The New Colony)
This world premiere tale of two families asks: is it possible to bury grievances before burying the man who deceived everyone?
April 6-May 3

The Most Spectacularly Lamentable Trial of Miz Martha Washington
(Steppenwolf Theatre Company)
Both fantastical and fraught with cruel reality, this Chicago premiere from James Ijames pulls no punches as it puts our idols, and ourselves, on trial.
April 12-May 17

The Ring Cycle
(Lyric Opera of Chicago)
Lyric stages Wagner’s “Ring” cycle—one of the greatest achievements in Western culture—in its entirety, a rare and monumental undertaking that will surely attract audiences from across the city and all over the world.
April 13-May 3

Freaky Friday
(Porchlight Music Theatre)
Based on the Mary Rodgers novel and beloved films, this is the modern story of an overworked mother and her teenage daughter who magically swap bodies with hilarious and unforgettable results.
April 14-May 24

The Juniors
(First Floor Theater)
A pitch-black comedy about the ambitious and cutthroat world of high school Home Economics and the lengths we’ll go to in order to protect what we think is ours.
April 23-May 30

The Duchess of Malfi
(Babes With Blades Theatre Company)
When the Duchess of Malfi dares to love honestly, openly and defiantly, the men in her family do everything in their power to break those that would dare to flout the rules of a heteronormative, patriarchal society.
April 25-May 30