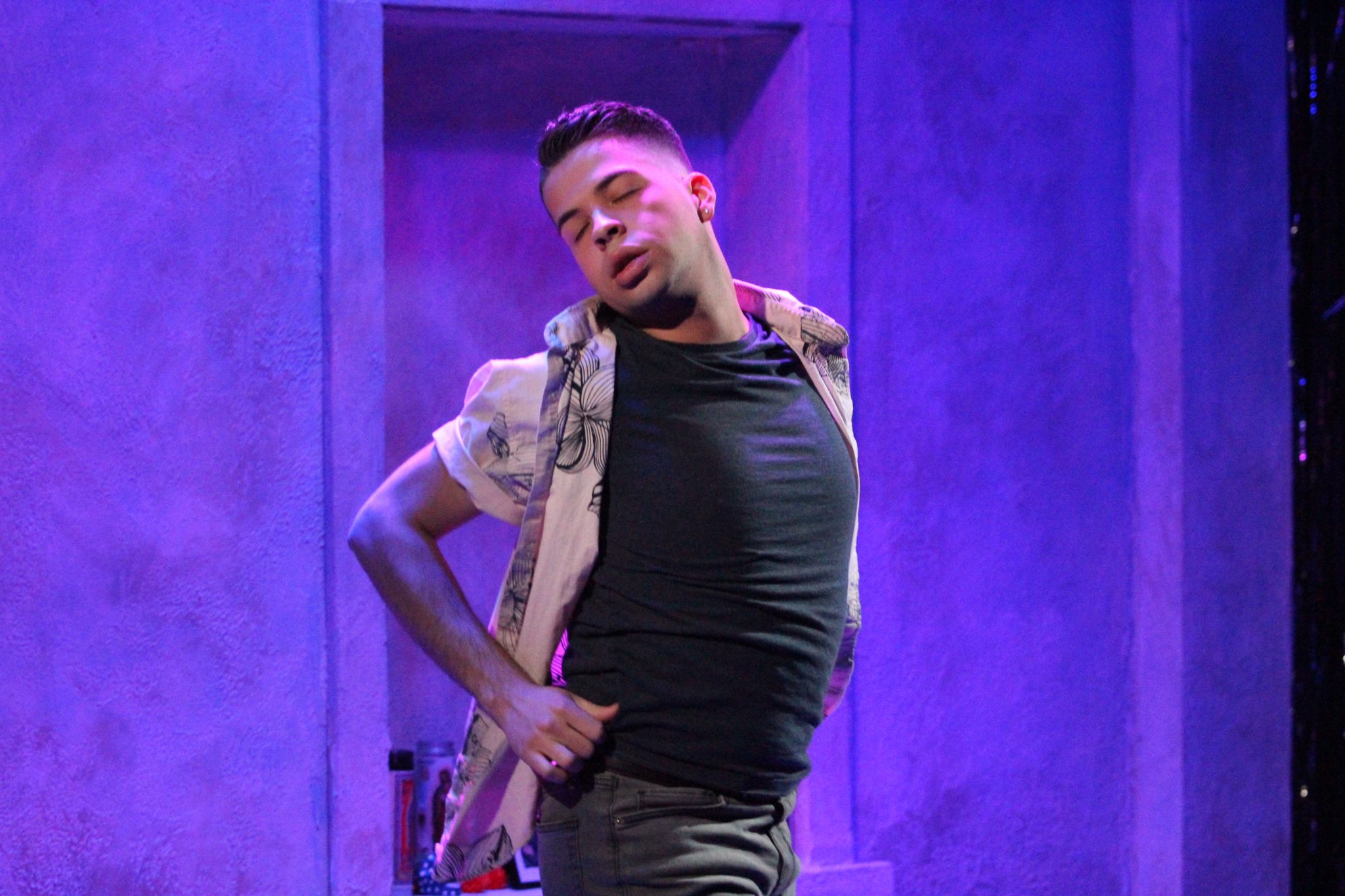 Have you ever been somewhere or heard something and suddenly, seemingly out of nowhere, you feel something? Whether it’s elation or fear or something in between, you just feel? It’s our bodies remembering something that, sometimes, our minds cannot even fathom. Perhaps it’s the very essence of the soul reaching out to the body to reconcile bygone wrongs.

In the case of Isaac Gomez’s uncompromising new play, that memory is bound up in the family trauma. Trauma passed down through onslaughts of Colonialism, white supremacy, forced gender binaries, toxic masculinity and cultural eradication. Bodily memories that are so deeply embedded that the lines between personality and reality are blurred. Gomez’s play encompasses some of the worst aspects of this kind of pain, when men can’t delineate their personal pain from the past and take it out on one another in lieu of, or because of love.

A group of men, the uncles, and Dad don childhood nicknames like Leopard or Taz, and gather together to memorialize one of their own. The coming-together of a family with the unyielding shadow of machismo waiting to overtake them all. This 110-minute play is an exercise in holding your breath. It feels as if the deepest inhalation could set the world on stage into chaos.

Each character in this powerful new work is unnamed in the program, although their names are spoken by one another during the play. Son, Boy, Dad, Older Brother, Uncle: these characters are emblematic of the reality Gomez demands we see. A body memory that runs so deep the persons on stage don’t need names because, in the real world, they are everywhere. They are everyone impacted on a generational level by the strangulation of colonialism. By the unyielding omnipresence of white supremacy.

Even so, the Son (a brilliant Brandon Rivera) is a playwright, a gay writer who left the familiarity of Texas for the Windy City and whose mother works at 1 Walmart in El Paso. In these facts, and undoubtedly many more, Gomez’s personal history is woven into this play with unheard-of vulnerability.

It’s clear that this play was directed with love by Laura Alcalá Baker. Though there is much interpersonal pain among the all-male cast, the ways in which they inhabit the space makes this play radiate that love. Even during moments of utterly painful homophobia, it’s clear that Alcalá Baker carefully crafted this production to not lose sight of itself.

On top of being wholly vulnerable on stage, this cast owns some much-needed dance breaks. With the intrepid choreography of Breon Arzell, performers like Alec Coles Perez (Boy) get a chance to show off, dream-sequence style.

The only honest way to describe this play is “worthy.” Worthy of the ache you feel during and after, worthy of periodic laughter and fear, and worthy of as much time as we are willing to devote to dismantling the generations of wrong that has been done. What’s more, this play is worthy of the praise it will receive from here onward. (Amanda Finn)