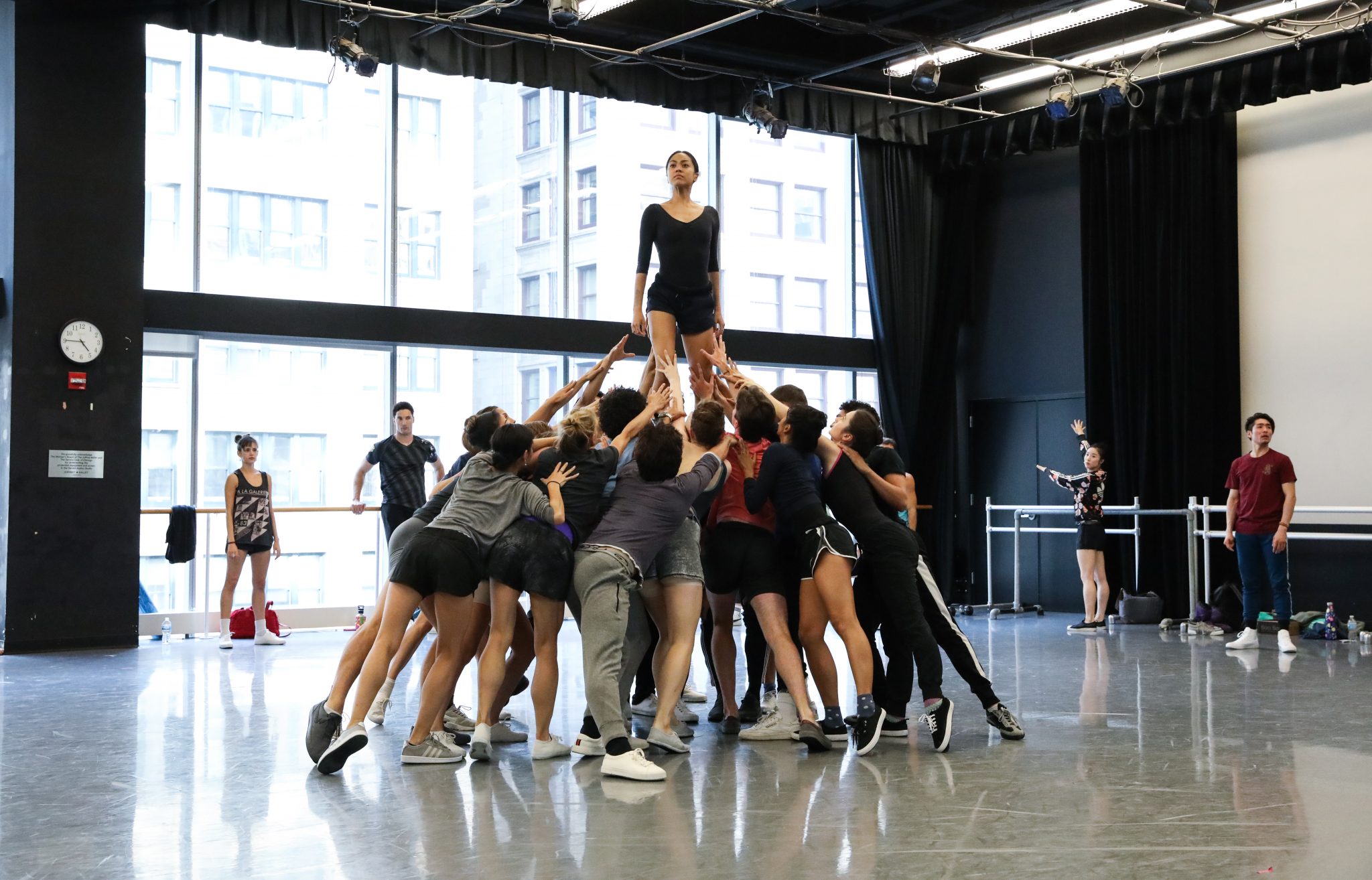 Jeraldine Mendoza and the ensemble in rehearsal for “The Times Are Racing” /Photo: The Joffrey Ballet

Craig Hall came of age at the Chicago Academy for the Arts in the 1990s—freshly relocated from New York to Chicago—watching the Joffrey Ballet rehearse at his high school. “I was lucky to see the company in their early days,” Hall says in a phone interview. “They didn’t have a studio so they used our school. They were the ones who introduced me to the world of classical dance and made me want to become a ballet dancer.” Two years after graduation, Hall landed a spot in the New York City Ballet’s production of “The Nutcracker” and has been with George Balanchine’s legendary company ever since—for seventeen years as a dancer and as a ballet master, or, as he unassumingly puts it, “a coach,” for three. Hall returned to his hometown last August on business, to set a work by NYCB’s superstar resident choreographer Justin Peck for the company that inspired him to pursue ballet.

The Joffrey premieres “The Times Are Racing” at the Auditorium Theatre February 12 -23, and chose to use the closing number as the title for the entire mixed-rep program of short works by contemporary choreographers, including big names like Peck—who recently won a Tony award for choreographing the Broadway revival of “Carousel”—and Christopher Wheeldon, as well as less-prominent but highly talented and increasingly sought-after choreographers like Amsterdam-based Batsheva Dance company alum Itzik Galili and Chicago-based “Winning Works” awardee Stephanie Martinez. Joffrey artistic director Ashley Wheater says he hopes the show will appeal to a younger crowd. “The program is definitely a mixed bag. We wanted to title the whole program ‘The Times Are Racing’ because our times are. People are trying to assess the world—the political world, the social media world which is like a runaway train. There’s so much hype and drama out there, how do we contain it? I think the arts are a great place to pass on a message without attacking individuals.” 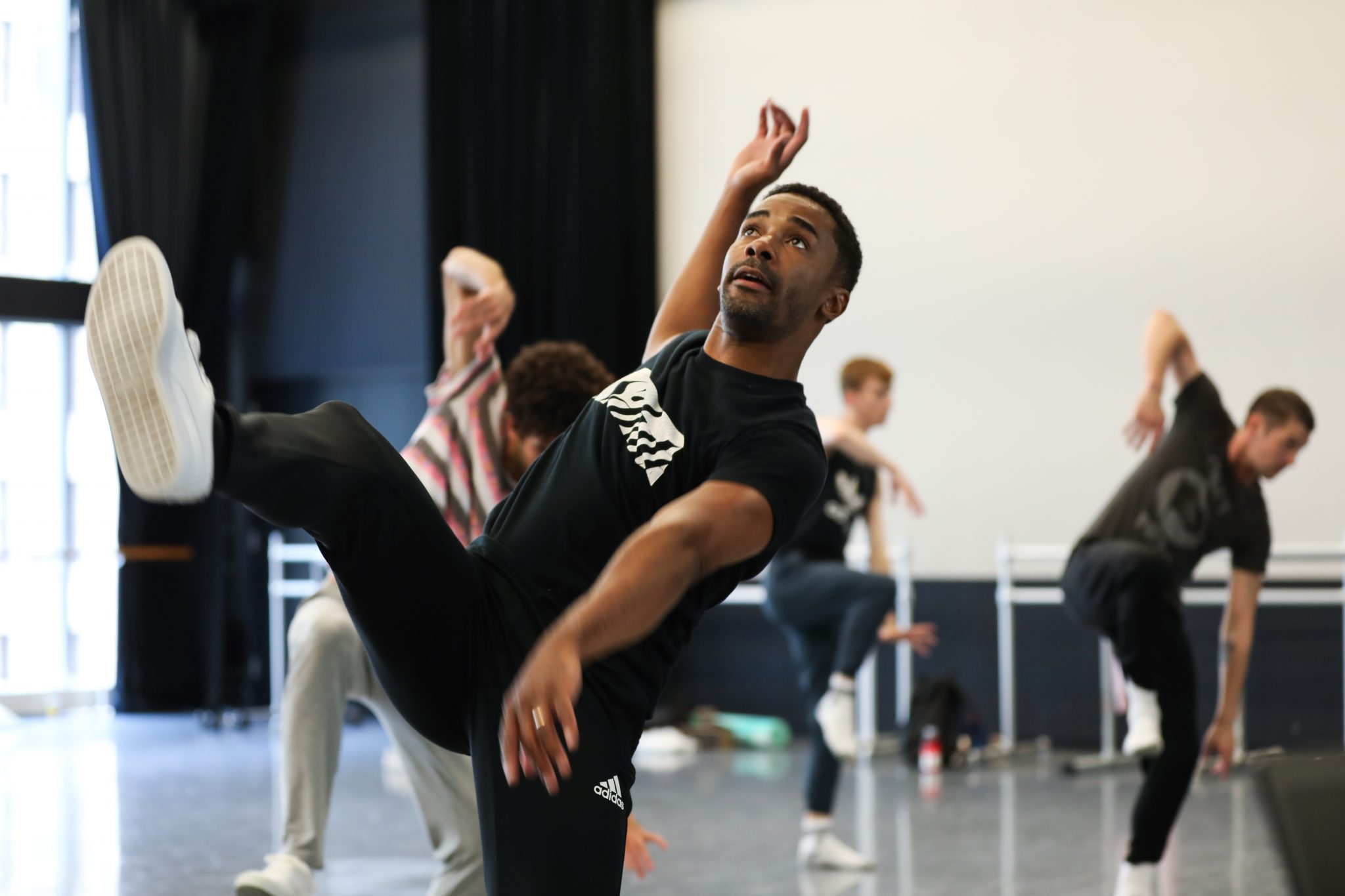 Youth culture is at the heart of Peck’s ballet, which is danced in sneakers and streetwear to the second half of electronic musician Dan Deacon’s “America” album. “It’s a bunch of young dancers expressing themselves the only way they know how right now, which is movement,” Hall says. “It’s an exciting ballet. I think a lot of Justin Peck’s choreography is about community. A few dancers step out and take the spotlight, but always come back to their home base and you realize you’re only as strong as your home and your connection.”

A gorgeously produced teaser video to promote the 2017 world premiere gives a peek at choreography that seamlessly blends classical and contemporary ballet, tap and jazz in a three-minute duet that speeds joyously along a New York City subway platform, up and down staircases, in the sort of public-dancing fantasy thousands of us quietly harbor. Of the tap sequences in “The Times…” Hall says, “Most ballet dancers started out doing something other than ballet. My path was jazz and tap and gymnastics before that. But you realize you have to just choose one style if you’re really going to excel at it, so you put the others in a little box under your bed. I think that was the same with Justin. He started out as a tapper and was influenced by those rhythms. Now, when you come to the ballet it’s not always pink tights and tutus—it’s still under the heading of ballet, though it’s really just dance. I think Justin wanted to highlight dancers doing things unconventional in a ballet setting. All the dancers, in the New York City Ballet and the Joffrey, are so well-rounded athletes it’s a wonderful way to showcase these artists.”

I asked Hall how he imparted the spirit of the thirty-two-year-old choreographer’s work, created in the days following the 2016 presidential election, to the Joffrey dancers. “We were going through a lot of turmoil politically and, while it’s not a political ballet, our first rehearsal was a couple days after the election,” he says. “Living in a metropolitan area where so many individuals live and speak as individuals and not knowing what would happen in the next couple of years with the arts and people’s voices being silenced, I think it was a little daunting. Everyone came in the first day feeling a little broken and wounded. We realized that no matter what was happening in the outside world, we always had the sanctuary of coming in the studio and creating art. That was the first discussion we had with the New York City Ballet, that we were safe to experiment, to fall down and pick yourself back up and you’re taken care of.”

While that underpinning spirit of nurturing and sanctuary may not seem political on the surface, care for self and others is a tenet of activism with ever-increasing visibility. Costumes include T-shirts emblazoned with “Defy” and “Change,” and that defiance comes in the form of tenderness, the change a change to compassion. Hall, who is in charge of all of Peck’s repertory, says it’s one of his all-time favorite ballets, the rare sort that makes him want to jump up and be onstage again. “I think there are some pieces where the dancers enjoy it more than the audience or the audience enjoys it more than the dancers, and I think this one is right down the middle, where everyone gets an experience. By the end, you feel whole and connected. It’s like going to some sort of religious service—it moves through your body like none other.”