Qudus Onikeku’s performances of “Spirit Child” at the Dance Center of Columbia College have been postponed due to complications with travel visas for performing artists. The rescheduled date will be announced in May, as part of the fall 2020-21 season.

Qudus Onikeku is a visionary. The Nigeria-based choreographer has collaborated with countless artists and thinkers worldwide, touring extensively with his QDance Company to more than fifty countries, touching communities with a philosophy that unites creative and social practices to answer large-scale, systemic problems. He created danceGATHERING in 2017, an annual event that draws creative minds from around the globe to Lagos for two weeks of inspired cooperation. Onikeku is only now making his U.S. debut, in a short run at the Dance Center of Columbia College this March. Luckily for us, Onye Ozuzu, former director of the Dance Center, connected with Onikeku in Lagos (and co-curated danceGATHERING the last two years), and invited him to teach and perform in Chicago. Onikeku discussed in a phone call the performance, entitled “Spirit Child,” his work beyond the stage, and his expansive, inclusive approach to tackling the biggest questions we face.

I’m curious about a phrase you use to describe danceGATHERING. You say that it’s anti-disciplinary. Could you expand on that?

The last several years we compartmentalized knowledge in discipline forms. I have a feeling that the problems we are facing are beyond what one discipline, isolating itself, can solve. What would happen if we bring people who are very different in their intellectual upbringing? That is to say, the way an architect has been trained and nurtured is different than how a dancer has been trained and nurtured, in how to understand space and time. Same for a poet: we are attacking the same thing, with different tools. What would happen if we put problems we want to solve at the center and not pay too much attention to the disciplines? The problem of memory: how does a poet deal with that? How does a chemical engineer deal with that? How does a historian deal with that? What they produce comes out of an active collaboration. Then we are not focusing on our discipline, but using all the energy together.

How is this approach manifested in QDance Center?

I was thinking about how to move our work as artists away from art works and toward the practice of art. How do we bring all the logic and ideas into a situation whereby we are choreographing to a particular situation or problem in a given context? If I want to use improvisation as a tool of performance, what are the ways we create a space where people are being activated? Not just in a theatrical space, but in the context of a city. We use other forms of engagement, not just the economic motor of touring and playing gigs. 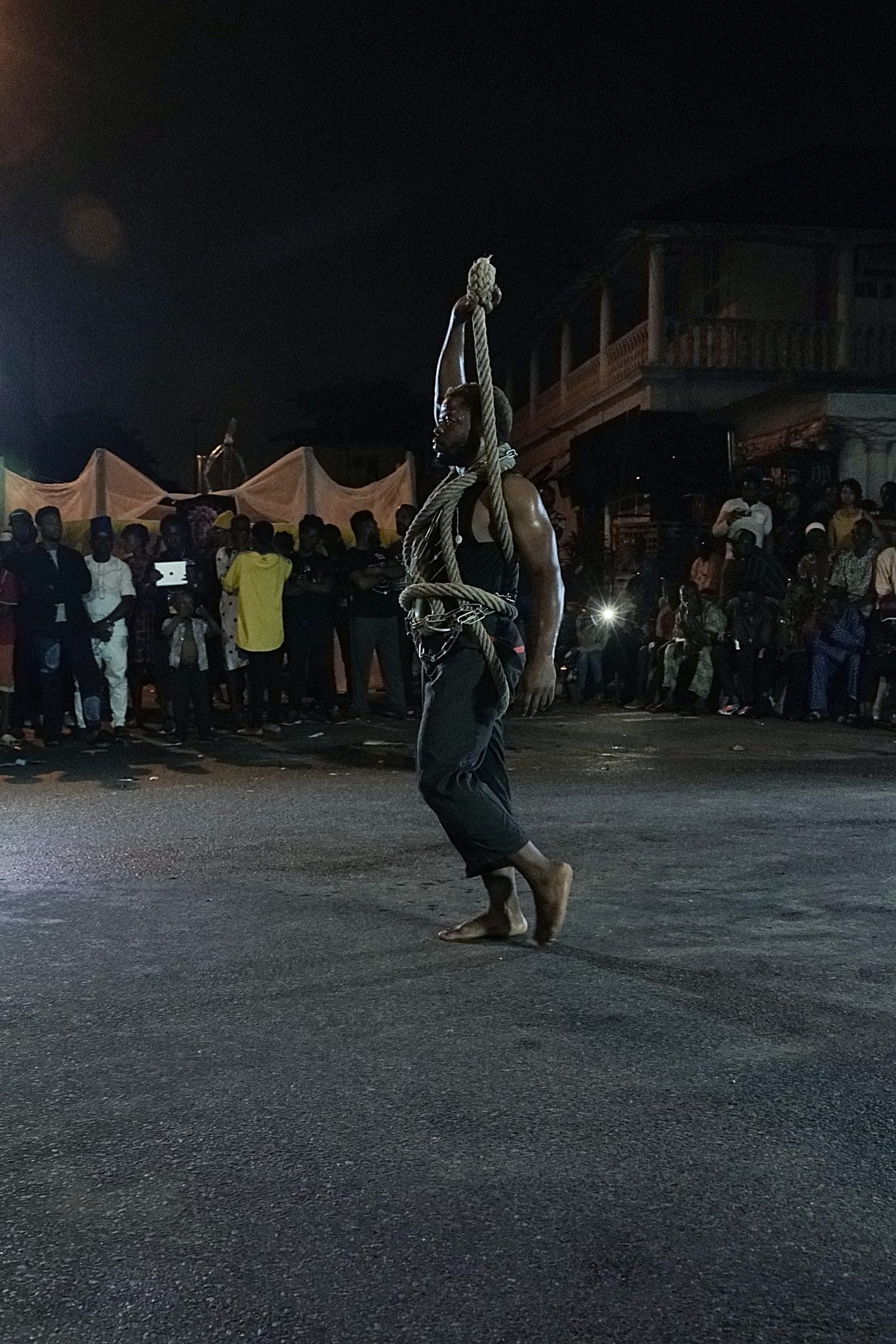 You talk about rhythms being central to your work. Not just musical rhythms, but overarching ones, the rhythms of cities.

Rhythms, the rhythms of young people, the rhythm of cities, the rhythm of technologies. They have their way of aggregating the world. The way cities use energy and the way energy shows up in different ways. These are the things I’m excited about. There are these things about cryptocurrency, about mega-data, I’m excited about what can they become in the hands of young people, or people who are into spiritual practices. So we take these away from the hands of scientists and into the hands of people who don’t always have access. And how we can solve problems.

Talk a little about the upcoming performance of “Spirit Child.” “Spirit Child” is inspired by the main character in Nigerian author Ben Okri’s Booker Prize-winning novel, “The Famished Road.” What in Okri’s novel spoke to you?

The first thing was not the book. I’ve been engaging in the idea of Afrofuturism for the last few years. In the United States we’re prone to talk about Black Panthers and such, which is a mainstream idea of Afrofuturism. In Africa, we have urgent matters. I’m looking at African spirituality and history. We look at time as not being linear, so the new ideas of augmented reality, we’ve been doing this long ago. How do we use your idea of new technology to explain what we’ve been trying to say all this while? This virtual reality goggle, these augmented reality glasses: people think it’s going to take them to a different space. I’m interested in pointing us back.

Let me give an example: voodoo, that people can send you a bad omen, they can alter your state of well-being through rituals. The best way for me to explain what happens there is what’s happening now in the big data industry. People now have access to your data; everything you’ve done online since the beginning of the internet is now stored. When Amazon wants to sell you something they have access to your information and use it to alter what you buy, who you vote for. This influences your spiritual state.

What Ben Okri said that’s interesting is how to bring together the physical, spiritual and ancestral spaces. He was the first writer who was able to bring it into popular literature. The main character is a boy who had access to physical and spiritual planes. He managed to convince the people in the physical world that he had renounced the spiritual space but he hadn’t. For me, this was a way to reconcile as an artist, someone who moves between worlds, making work in Africa, in Europe.