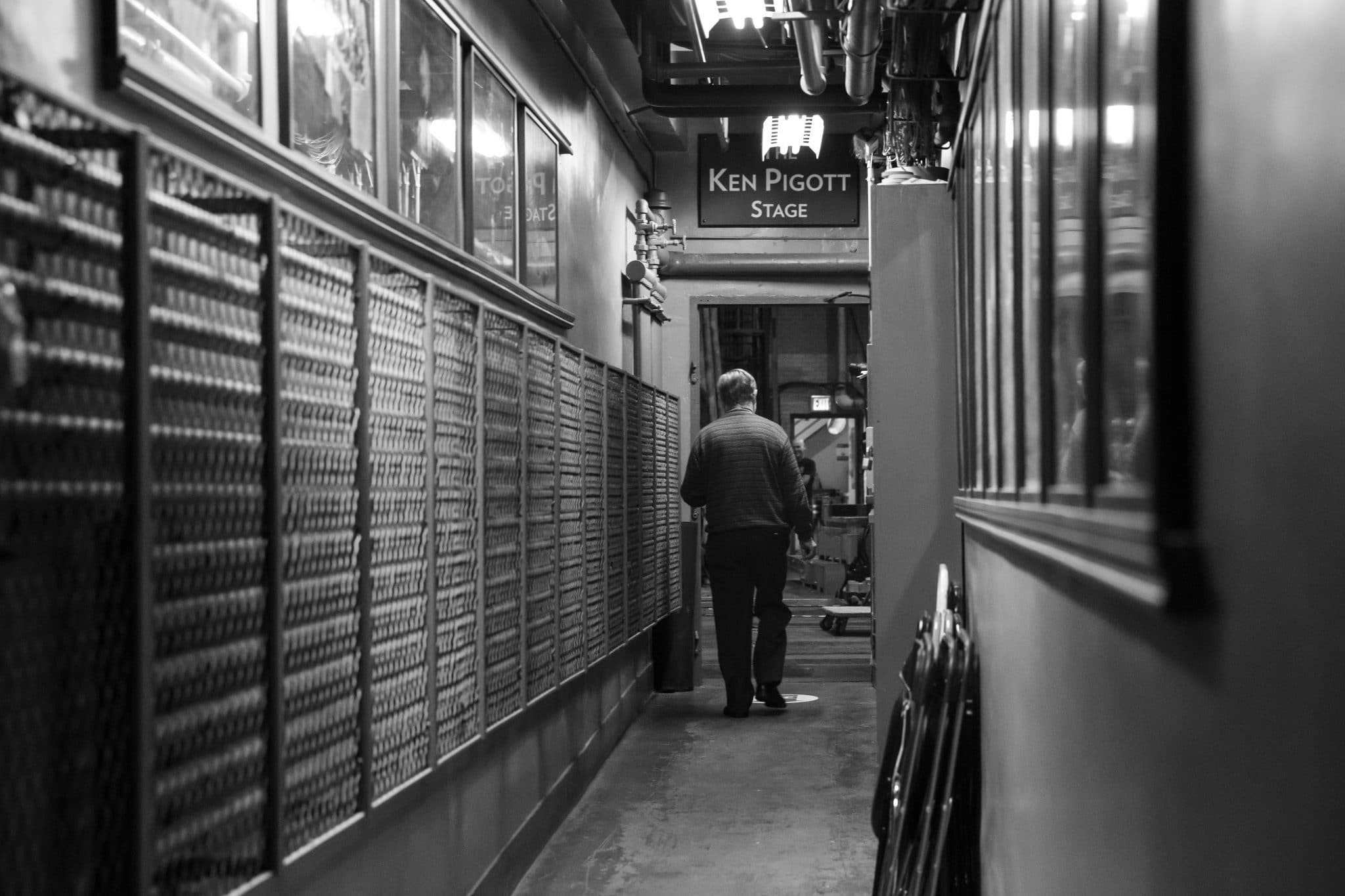 Sir Andrew Davis will step down from his post as Lyric Opera’s music director at the end of next season. He will be succeeded by Enrique Mazzola/Photo: Kyle Flubacker

“I decided it’s time to slow down,” Sir Andrew intoned.

This past year was a magical one for some 47.8 million U.S. citizens aged sixty-five and up: they retired. The generation of baby boomers (born between 1946 and 1964) is retiring at a rate of 10,000 per day. While this sounds all goldfish and kitty-cat tails at first hearing, there are other angles to the story. Willis Towers Watson, a risk-management and insurance brokerage company, produced a survey in 2018 which reported that nearly two-thirds of companies reviewed said they expect significant to moderate challenges from late retirements. How they will replace the wealth of knowledge that is walking out their doors on the way to Florida?

The Pew Research Center’s data for 2017 shows baby boomers supplying twenty-five percent of the workforce, with fifty-six-million millennials (born between 1981 and 1996) either employed or looking for work, their ranks overtaking the Gen X-ers (born between 1965 and 1980) in 2016, who had fallen to supplying one-third of the country’s labor force.

While high-tech industries may rule the world, the dollars generated by global entertainment and media industries soar into the trillions. Art is many things, but is just as surely a business as healthcare. Employment trends we see in industry will likely play out everywhere dollars land in corporate accounts. And leading opera houses of the world are seeing a change in management at the top.

Gen-X conductors are stepping into top positions at some of the world’s most important opera companies. Yannick Nézet-Séguin, music director for the Metropolitan Opera, was originally slated to seize the stick during the 2020-2021 season but was moved into the post for the 2018-2019 season. He is forty-four. Currently the music director of the Paris Opera, forty-six-year-old Philippe Jordan will become music director at the Vienna State Opera in the 2020-2021 season. Eun Sun Kim (the only woman scheduled to assume such a prestigious post with one of the world’s major opera houses) becomes music director at the San Francisco Opera in August 2021. She is forty. Balancing the class curve, thirty-seven-year-old millennial Robin Ticciati has been music director at Glyndebourne since 2014.

In most cases, the shoulders, elbows and wrists hold out longer than operatic vocal cords, meaning that boomer maestros are still well represented at the world’s top houses. Patrick Summers has been both the music and artistic director of Houston Grand Opera since 2011 and the music director since 1998. At fifty-six, Summers is barely a boomer. Antonio Pappano has been music director at the Royal Opera, Covent Garden since 1992 and is sixty. Sixty-seven-year-old Riccardo Chailly has been the music director at La Scala since January 2017. At seventy-six, Lyric Opera of Chicago’s Sir Andrew Davis is senior among world-class operatic music directors.

It was announced at the beginning of the 2019-2020 season that Sir Andrew would step down from his post at the close of the 2020-2021 season. Still a Gen X-er at fifty-one, Enrique Mazzola is music director designate. For the moment, the city that is second to none enjoys two world-class operatic music directors.

Freud sums up Davis’ astounding Lyric tenure: “In those thirty-plus years, he has conducted 690 performances of sixty operas by twenty-one different composers at Lyric, plus ten concerts.” Davis took his time to consider leaving his post. Freud persuaded him to remain on an additional year to ease the transition.

Where shall we find another? I asked Freud how one goes about searching for a new music director for such an important and polished machine as Lyric Opera of Chicago.

“I have to tell you that Andrew was very much a partner with me in analyzing the qualities of an excellent music director for Lyric Opera, and in talking about possible candidates,” says Freud.

This is no doubt as unusual in the world of classical music as it is in industry: one day the manager gives notice and, if they aren’t shown the door immediately, stays on for an agreed-upon period. On the fated day, the revolving door of the business swings and, as the outgoing manager is exiting, the new manager wings through the other side. Never the twain meet.

Freud and Davis assembled a long list of must-haves that included the need for a world-class conductor with an international reputation, someone with excellent opera credentials and a vast knowledge of opera history and repertoire and the ability to create rapport with the orchestra, chorus and, of course, the management, Freud being the paramount connector for the vast enterprise that is Lyric Opera. Paying special attention to guest conductors who had worked at Lyric over the past decade gave Davis and Freud the opportunity to view the potential candidates through a kind of crucible: what did the orchestra say about them? The chorus? The press? Freud was also understandably interested in finding someone who would commit to being in Chicago a majority of the time, embracing the city and its citizens. Conversing with Enrique Mazzola during his conducting jobs at Lyric and absorbing his musical and interpersonal ethics helped Freud see that Mazzola checked all the boxes.

Mazzola made his Lyric debut in the 2016-2017 season with “Lucia di Lammermoor” and returned for “I Puritani” in the 2017-2018 season. Born in Barcelona and trained in Italy at the Milan Conservatory, Mazzola has served as principal guest conductor at Deutsche Oper Berlin and artistic and music director at the Paris-based Orchestre national d’Île-de-France, which explains homes in Paris and Berlin. His Metropolitan Opera debut came in the 2015-2016 season, with “L’elisir d’amore.”

Wielding a repertoire that ranges from Bellini to world premieres, Mazzola has a special affinity for bel canto opera, the early operas of Verdi and contemporary opera. He began his cycle of exploration of less-known Verdi operas at Lyric this fall with “Luisa Miller.” Next season, Lyric’s audiences will have the opportunity to see Mazzola on the podium for his first contemporary opera in his new home of Chicago.

Asked about his connection to new works, Mazzola says, “When we do opera, it is a representation, it is not the real world. Contemporary opera is our way to make the audience aware of contemporary problems and to open our minds to see possible solutions to those problems. This is what we artists do every day and this is how we succeed. My intention as music director of Lyric Opera is to help everyone in this city to see how opera can adjust their thinking.”

In the transitional season Davis will conduct Sir George Benjamin’s “Lessons in Love and Violence” (Lyric co-commission and co-production), Mozart’s “The Marriage of Figaro” (the opera with which he made his Lyric debut) and Stravinsky’s “The Rake’s Progress” (one of his favorites). Mazzola will continue his exploration of the early works of Verdi with “Attila” and invite us to open our minds with Missy Mazzoli’s “Proving Up.” The Grammy-nominated Mazzoli has been called “one of the more consistently inventive, surprising composers now working in New York” by the New York Times.

Davis and Freud have done their due diligence and the perfect crown prince has been procured. But what about that other little thing: the “It” factor? That spark of personality that breeds charisma and creates currents of connection? We will miss Sir Andrew’s rich voice pouring out the speakers before each Lyric performance, admonishing us to turn off all our electronic devices. In contrast, social media-darling Mazzola’s passionate, twinkling personality flashes from those very instruments worldwide. I asked Freud about the change in personality on the podium. His unanswerable argument: “Why try to replicate what cannot be replicated?”