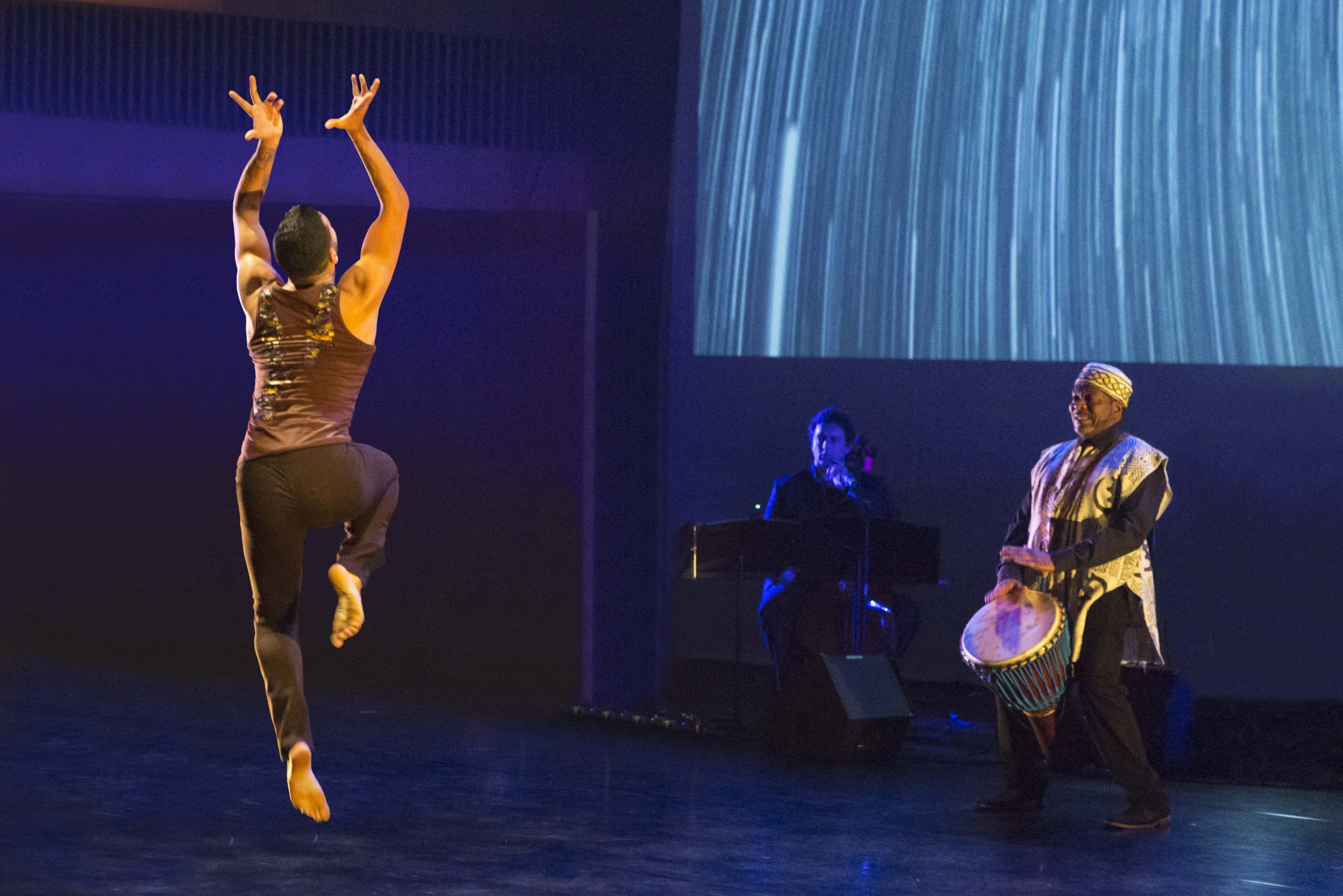 If there were a word cloud of adjectives used across all media to describe the last four months, the term in largest font would be “uncertain.” And yet Wilfredo Rivera, cofounder and artistic director of Cerqua Rivera Dance Theatre, had a clear and immediate response to the pandemic and subsequent shutdown of theaters, studios and public spaces. “For me, closing until things were back to normal was not an option,” he says. “Two things come to mind—one: I feel obligated to keep people working and keeping the artists engaged. How can I keep people’s paychecks coming in? Second:  the messaging of this company and civic engagement in the arts is so important to me morally, that these two things combined were strong enough for me to figure out how to make it work.”

Making it work in the midst of a shutdown is no small feat. Dance rehearsals are extraordinarily difficult via video stream, and teaching choreography doubly so. With no vaccine or treatment, the day theaters reopen to audiences to view new work remains in question. Few companies have attempted to create new concert dances under these circumstances, finding creative outlet and audience connection through short videos created by dancers in their homes, backyards or parks and shared on YouTube or Vimeo. But Rivera forged ahead with a 2020 season that includes the creation of a new piece, two virtual renditions of “Inside/Out” work-in-progress showings in the summer, all leading up to a fall concert at the Reva & David Logan Center for the Arts—with any luck to be performed for a small live audience in late October—filmed for streaming regardless in early November.

Rivera credits executive director Catherine Painter with making this possible, by staying on top of relief funding options and securing loans to keep the company operating remotely. Rivera then imagined how the 2020 season could be retooled to accommodate physical distance on stage between performers, and shared online. Casts were cut in half, divided into “A” and “B,” and choreography modified so that performers stayed six feet apart at all times.

“It’s a safety issue but it’s also an interesting creative dilemma,” Rivera says. “How can we serve as mirrors and agents of representation of what we’re all experiencing in our daily life? We modified some of the bigger pieces we were planning on developing this year anyway. One is our suite on gender identity, ‘Identity City.’ Within that work, there are a couple of sections dealing with isolation and metamorphosis. Sections we were going to do with the entire ensemble and band, we are now doing with a quartet focusing on isolation and remembrance of growing up: family, community and childhood memories of being embraced and times we were isolated. The theme of that section worked beautifully with our current situation.”

An in-progress showing of “Identity City,” featuring choreography by Shannon Alvis, Kaitlin Bourgeois and A. Raheim White, will be shared online Friday, July 24, streamed from Studio 5 Performing Arts Center in Evanston and featuring footage from rehearsals both remote and more recently in-person. A second “Inside/Out” showing, featuring revised versions of 2019 works “American Catracho” by Rivera and “ROOT” by Monique Haley, is scheduled for August 29, in partnership with Intrigue Dance & Performing Arts Center.

Rivera says that reorganizing the season within the confines of a pandemic took tremendous energy and fortitude. Near the end of our interview, he says, “I’ll be very candid that it’s taken some group energy to lift everyone up. It’s been a labor of community and ensemble: locking arms with one another and putting one foot in front of the other. It’s historic times and it calls for bravery, leadership and strong decision making. As everything around us is coming apart, we as civic-minded artists have something to show about these times. Being quiet was not an option.”

“Inside/Out with American Catracho and ROOT,” Thursday, August 29 at 7pm.

Both programs online. Tickets are $10 and can be purchased at cerquarivera.org.