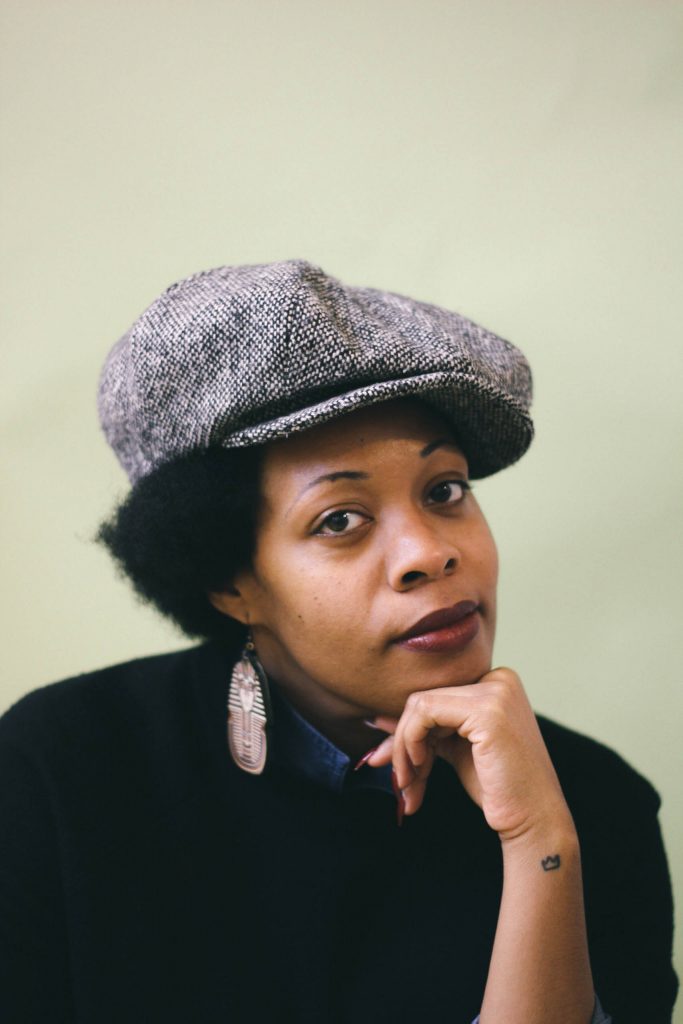 Black Lives Matter, as a foundation and movement, has been around since 2013. But its resurgence demonstrates that it is a campaign that has been active much longer. Marginalized communities and individuals are calling for their stories to be heard but in many ways, theater has failed to give these voices the significance they deserve. Newcity spoke with theater creator and administrator Kamilah Rashied about the ways theater in Chicago fulfills the promises of Black Lives Matter and the ways it could drastically improve.

Is Chicago theater expansive or is that an aspect that needs work?

It’s both. Chicago has a tight-knit community but the large theaters still have mostly white leadership. The union houses, which have the most resources and a larger platform on which to decide what kind of stories are valuable, have mostly white production staff, casting and writers. The idea that we can say that we’re expansive and not call that out would be shortsighted. At the same time, there is a thriving storefront and independent strand of theater-making. There is this psychology for artists here, that not everybody needs to love their stuff or to be into it or get it. They’re making the thing that feels creatively exciting. It’s important for any cultural industry that you have people who are pushing the boundaries around what is “good” and what is “allowed.” What I love about Chicago is that there are so many industrious artists here who are interested in making the work that they want to make. That, in itself, is expansive.

So Chicago has theaters where people are making the work that they want to make but it doesn’t always necessarily offer the resources of these other places?

Across the board, I find the pay in Chicago for theater professionals embarrassing. We can do better. It’s part of the reason why a lot of really great talent has to move on. They’re in a situation where they know their work is worth more and they have to go somewhere else in order to be compensated. The double-edged sword of the ingenuity of artists in Chicago is that people here do things for artistry. I haven’t felt that culture when I’ve been in New York or L.A. There, it’s about getting to the next thing that’s going to elevate you in your career. That is, in my estimation, a lot of what those markets perpetuate. And that’s fair, people should want to be able to make a living from their art. But because Chicago doesn’t have that same energy, it creates this collaborative, innovative ecosystem around people making their own work.

Does Chicago theater do a good job of affirming marginalized communities?

What would you like for the future of Chicago theater?

More than historically white institutions that have white leadership and white boards that serve mostly white audiences. To be honest I’m very disinterested in it. The idea of inclusion means that we finally get invited to that party. That is a very paternal and colonialist way of looking at it. What equity looks like to me is a Black, Latinx, indigenous or Asian company that wants to draw from stories in cultural heritage or have an ethnic dynamic that creates a multicultural space. There are many in Chicago that want to create a variety of stories that actually reflect the city we live in, the country that we live in. My desire is for those organizations to receive the same amount of support from critics, foundations, corporations and philanthropists. The table is not only not level because mostly white institutions have had the best resources. We need to interrogate the system as a whole.

What can theater makers do to promote this awareness?

There’s a lot of great theater in Chicago, even in the face of socioeconomic, racial and class-based inequity. There’s still a lot of exciting, interesting work being made. I will say this, the White American Theater “We See You” is a good place to start. The demands that they just shared are a beginning, they’re not the be-all, end-all. It’s about beginning to look at all the different ways that we need to unlearn and interrogate how bias works in our system of making art. People, whether they’re people of color or not, should know that the system is designed to perpetuate a certain kind of bias. At every stage of creation, we should be interrogating ourselves to see what is fair. Is this process equitable? Am I [affecting] this process with my unconscious bias? This is the best work that every individual can and should be doing, not just the theater business, but being a decent human.

It’s not enough to be not racist, you must be anti-racist, but there are some who are unwilling to put in the work.

When we talk about privilege, what we’re talking about is the willful ignorance to any other human condition other than your own. And that privilege can extend to people in a lot of different ways when we talk about marginalization broadly. But what I learned is, how to be thinking about different, lived experiences from mine. Privileges that I have that they might not. It’s about a practice of just wanting a freer world and just working every day to create it. And knowing that, [affects] big or small matters to someone. This is an important time for us all to evaluate the kind of people we want to be in the world. For me what keeps me optimistic is just the realization that there’s also a paradigm shift that’s possible at this moment: an urgent call for us to understand how everything is interconnected and that we have to do our part. That is an important realization.

Kamilah Rashied is the Director of Education for Court Theatre, the professional theatre of the University of Chicago. She is also a performance artist, writer, educator, producer and arts administrator.