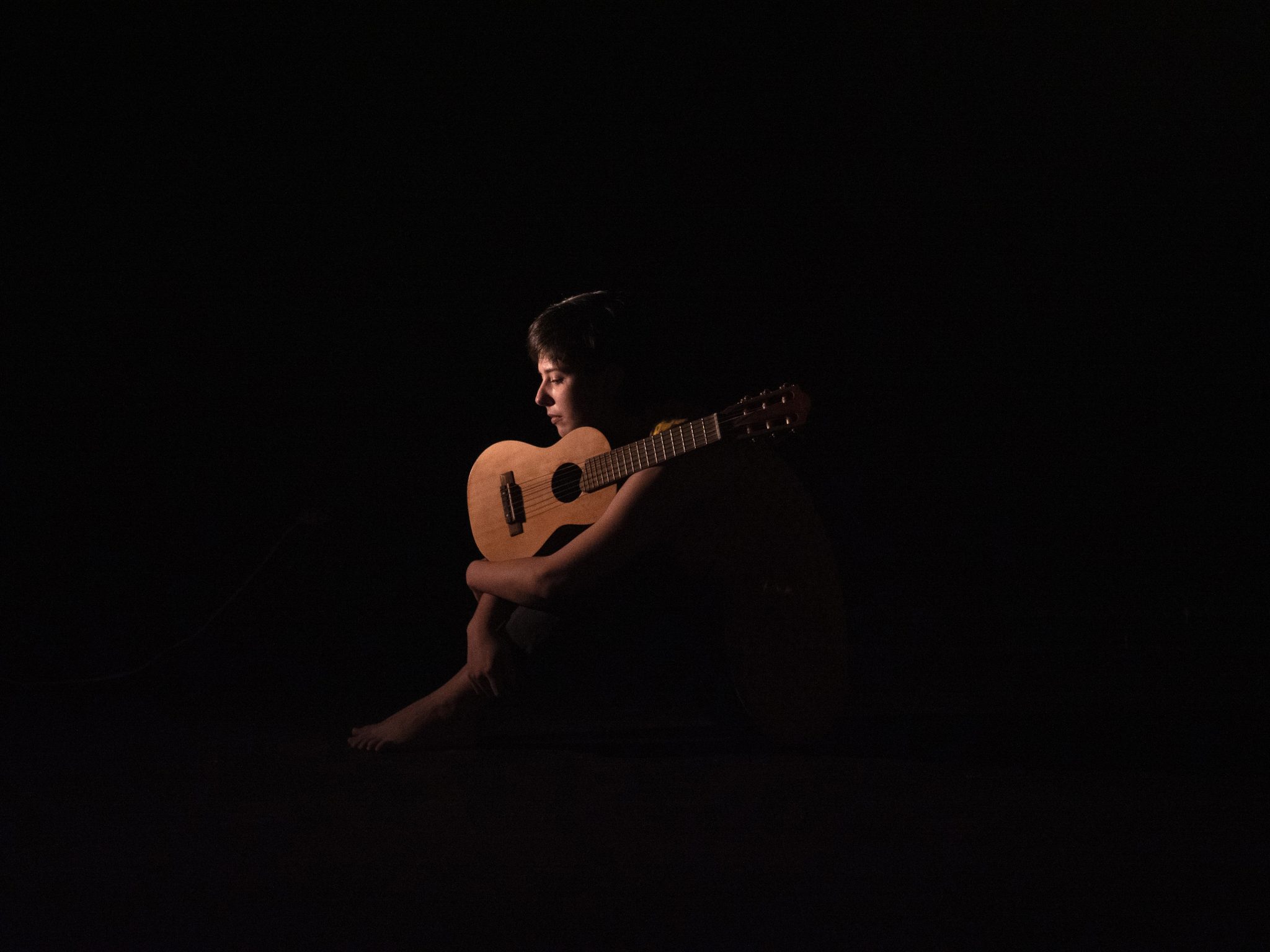 So I guess this is how we do theater now: a Zoom invite to a virtual lobby and then off, from the comfort of one’s home, to see a film of a musical I cannot wait now to see live. It is this type of waiting, I think, that has caused so many of us to lie in a state of perpetual impatience. There is, of course, our long wait for a vaccine. But we also wait for social justice, a new president and some sort of reconciliation with the past. It is, to paraphrase Tom Petty, the waiting that is the hardest part.

Kudos then to Theatre Y for making this wait a tad more bearable. Created by Young Jean Lee as a musical, “We’re Gonna Die” is an often-jarring meditation on the many cruel things sure to go wrong on life’s long journey. That director Hèctor Àlvarez is able to transform this work into a minimalist, edgy film is a testament not only to his talent, but also the understated power of the work.

It helps, too, to have the talented Emily Bragg. As the only actress in this production, she provides a steady and quiet presence that serves as the perfect foil to the hardships her character is forced to endure. Bragg sings with a lovely voice that emphasizes incredibly bleak lyrics—such as “what makes you so special you should go unscathed”—driving ethereally light melodies.

Complementing Bragg’s narration is a constant stream of arresting images which reinforce the melancholy nature of this piece. Among the many arresting images is that of a ladybug upturned, desperate to move on but fated to spin on its back. Another frequent metaphor is that of a candle burning slowly down to its nub. Not every image is as readily comprehensible but nothing here, even stop-motion filming, feels forced or gimmicky. Truth be told, this production works well as a film, so much so that it is hard for me to imagine it staged as a musical.

Each viewing offered by Theatre Y is a singular event, with a set starting time and a post-show talkback with the creators. Social distancing is necessary, but a time will come, soon, one hopes, when we will be able to experience theater in the non-virtual. Until then, this will do.

Through October 25. Tickets at theatre-y.com. Free.