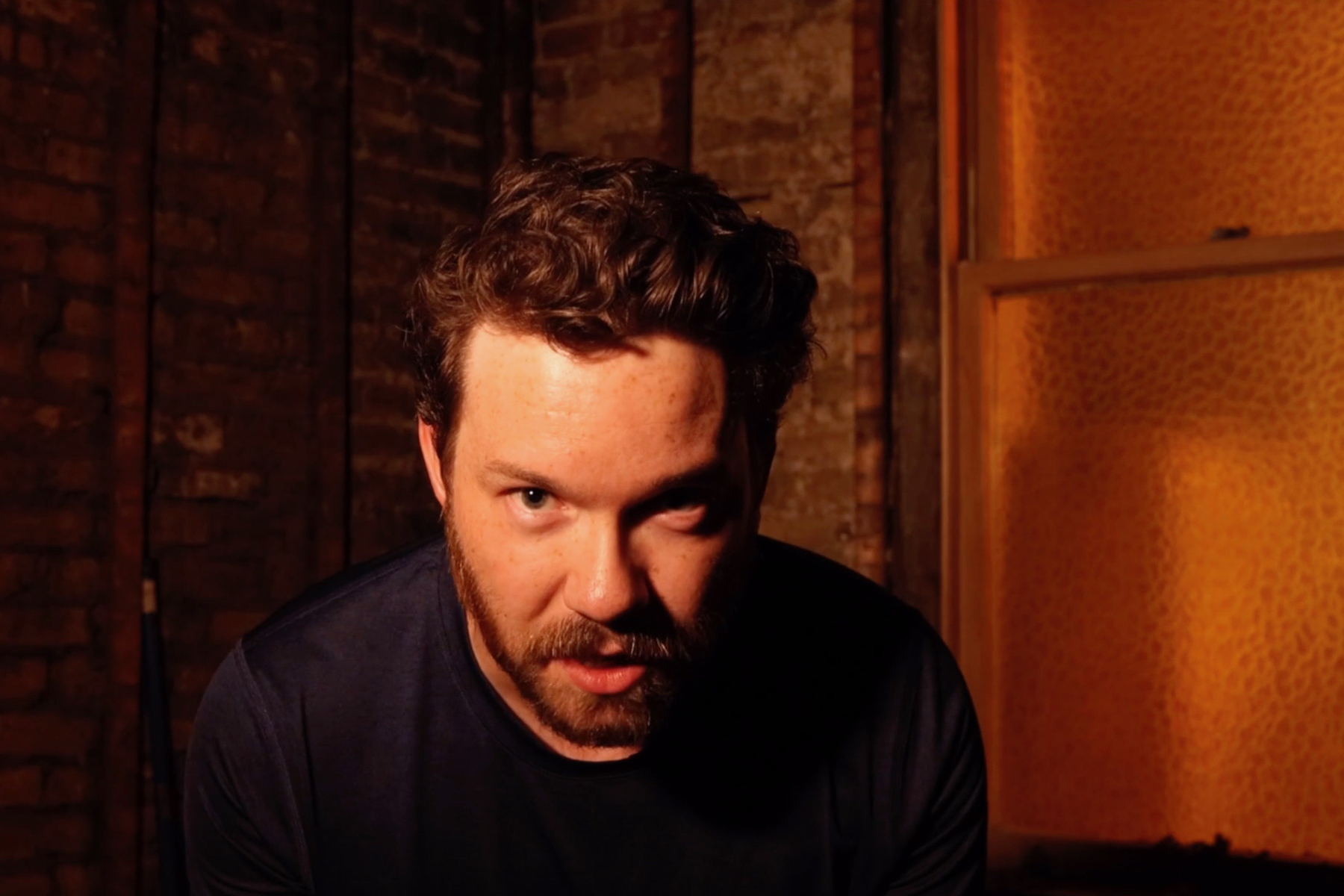 How you experience “Run the Beast Down” may be informed by how you responded to “Beowulf” in your high school English class. Was Beowulf the hero of his own story or the villain? Were the circumstances of his journey his own fabrication or true-to-life stakes? Was the dragon’s hoard his to take back? Was the dragon really a danger or just different?

So too is the hero’s dilemma in Titas Halder’s one-man fairytale. After losing his job and his girlfriend, Charlie (played by Gage Wallace) begins a downward spiral which includes being haunted by a mysterious fox. As he navigates an increasingly hellscape London, Charlie tries to pick up the pieces of his life while warding off both the rascally fox and a mental breakdown. His conversations with those around him quickly shift from the day-to-day to the status of the fox.

In this digital setting, focus is placed squarely on Charlie alone, and he stares right into your very essence. Reciting Halder’s work as though it were an epic poem put to stage, Wallace’s face looms larger throughout the show until you can’t help but stare right back with his eyes mere inches away. To be totally honest, in this COVID world, I was unnerved with an unmasked face being so close to mine, even on a screen—a reminder that the theater will shake us in ways we don’t expect. Wallace shifts between characters easily and with nuance. Even his sneering fox lends itself more to the dramatic than the comedic. We see everyone as Charlie sees them, not as they or the world sees them.

“Run the Beast Down” is a candid exploration of man’s overreach; we are forced to ask ourselves if we are the invaders or if our four-legged neighbors are. Must we “eradicate” urban wildlife? Must we “eradicate” any wildlife at all? These dogged questions persist, begging capitalism and pseudo-environmentalism to answer. And, when the overarching -ism powers don’t respond, how do we? How does Charlie toe the line of existing in a capitalist society while London’s animals do the same, only with a different type of currency. Is it really wrong for the foxes to eat an outdoor cat even if you consider it a pet?

“Beast” offers up more questions than answers. And reflecting on questions that aren’t related to global pandemics, fascism and spite is a welcome invitation to examine life on a slightly more micro level: something we haven’t been able to do much of in the hellscape of 2020.

And so we ask who the real villain is. Is it Beowulf, who fights Grendel to secure the treasure hoard and prove himself? Is it Charlie, who bemoans foxes for simply being foxes? Or are we the heroes for questioning the fairytales set before us?

“Run the Beast Down” is playing digitally at Strawdog Theatre, strawdog.org, now through November 1. Pay what you can, minimum $5. Fifty percent of profits donated to Lakeview Pantry.