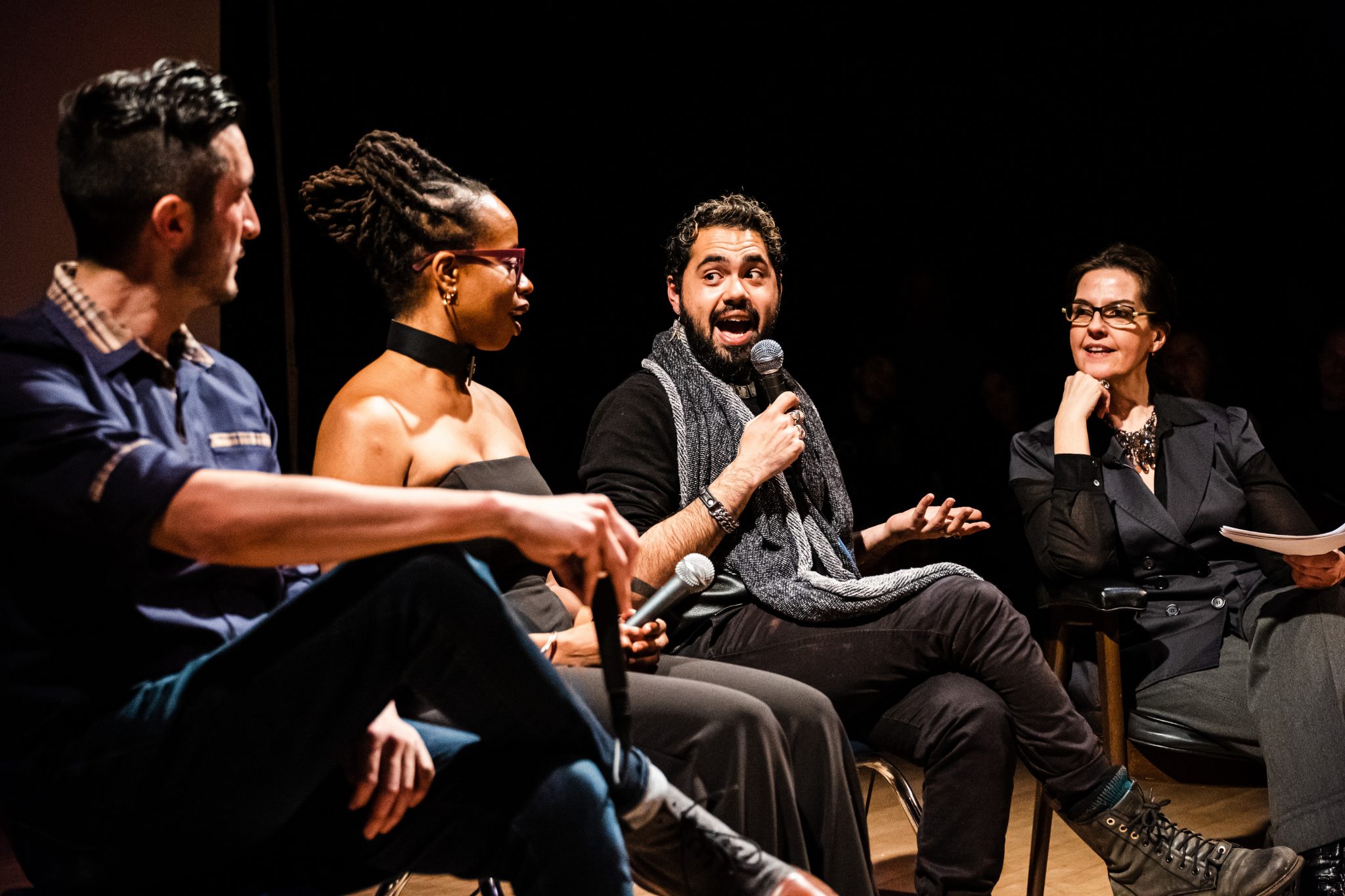 Sex in the time of COVID is a hot topic as those without live-in partners or separated from sexual relationships navigate the complexities of hooking up when you cannot come within six feet of another person. Karen Yates is the creator, producer and host of “Wild & Sublime”—formerly “Super Tasty”—Chicago’s “inclusive cabaret talk show about sex for everyone.” Karen discusses the show, its transition into a podcast production, and ways Chicagoans can use information and infotainment to enlighten their sexual selves.
For those who haven’t heard of you or know the show by a different name, what is “Wild & Sublime?”

“Wild & Sublime” is an inclusive talk show about sex that is for all orientations, gender expressions, relationship styles and sexual preferences. The point of the show is to create a space that reduces shame about sexual expression. That allows people to come together in community and realize that it’s okay to talk about sex, that we all feel weird about sex. It’s something that is so shrouded in our society that merely opening it up can give people a lot of relief. I like to say that I’m not a sex moralist, I’m a sex curator. So it’s really about allowing people to express what they’re doing sexually or to talk about sex, have therapists talk about underlying things, and allow that to create a forum for discussion.

“Wild & Sublime” has been a live show, so what was the transition into a podcast like?

I had already begun looking at expanding the show in other arenas, based on a lot of stuff going on at the end of 2019. After talking to a number of folks, I decided on the podcast format. I really wanted to do this for two reasons: I wanted to make it as easy as possible, and to get the show out there. I also wanted to retain creative control for as long as possible. So the podcast was already in my brain a number of months before COVID actually hit. I had already started conceptualizing it, figuring out how I was going to do it. Then when it happened I was like, “Oh wow. It’s happening.” And it took me a number of months to pull together the old audio from the show because I had been systematically recording audio for all the shows. It was a matter of sitting down, indexing everything, working with an audio engineer to sweep the files and then going from there.

How is the podcast different from the live show?

The live show used to be monthly and it was a two-act show. I always felt because I was only doing it once a month that I had to pack as much as possible into this format. Since the podcast is every week I feel like I can breathe a little. I can unpack these facets of sexuality. It’s something I’m still really getting used to like, “Oh, how deep can I go with a particular subject?” Right now the podcast is a magazine style, so it’s segmented. Usually every podcast has maybe three segments: short interviews pre-recorded from the live show, new interviews, new panel discussions or pre-recorded panel discussions or storytellers from the live show. And I’m playing with the idea of having just a long interview with someone or just a long panel discussion. I’m loving the fluidity of the podcast form.

When live shows can happen again, do you expect to continue the podcast?

Oh yes. Oh yes, indeed. I would say that given the circumstances, we can see that this is going to be around for a while. I see the podcast probably moving into the primary vehicle. Yes, for sure I’m going to be having live shows again. Will they be every single month? I’m not sure about that, but there will always be live shows. I’m just not sure how they’re going to be laid in. And maybe there’s going to be touring to other cities. Obviously we all know that podcasters routinely do that. Now that their audience is larger they’re able to go to other cities and do the show. That definitely will be something that I’m doing in the future.

What are some other things that have had to change because of the pandemic?

When I was starting out, we had a very intimate audience. We were in a smaller venue, so it felt very cozy and I felt much more at ease talking about my own sexual experience with the crowd. Now as the show goes out into the ether, I check myself before I say something revealing. Simply because I feel like I need to, it’s a different medium. The other thing is, the show in Chicago, the main audience, was a very sex-positive audience. They were people who were conversant in sex-positive topics such as polyamory and alternative sexual styles such as kink. A queer ethos. Those things are still very much part of the show. They’re the heartbeat of the show, of sexual expansiveness. Yet because the show now is every week, I’m also aware there are many people listening to the show who might not be there. They want to be sexually expansive but for them, being sexually expansive might be moving a couple of inches instead of jumping into a dungeon situation. And so because of that I am really interested in diving deeper into the belief systems that underlie our sexual hangups, our sexual blocks, our inability to be intimate. I’m creating a broader base of subject matter and coming at it a little differently.

What are some sex resources people can use during these decidedly unsexy times?

One of the most awesome sexual resources available to people is the New York City Health Department guidelines on having sex during COVID. Honestly I don’t think it can be improved upon. It’s a go-to guide. And I love it too because they roll the STI conversation into it, so it’s an omnibus document. That guideline was based on the guidelines they had during the AIDS epidemic. They basically took it and started applying the COVID things. But the idea is that people aren’t going to stop having sex. Truly. And so I think folks are like “oh no! I’m going to have to stop having sex!” No, you’re not.

Is there anything else that you’d like to talk about?

Yeah, I would like to say that one thing I’m interested in doing is what I said earlier about diving deeper into the beliefs that underpin these obstacles in expressing ourselves more fully; the obstacles to more pleasure. I’ve been educated as a somatic sex educator, so for me the focus is on the body. Yet I’m also a tantra practitioner which is dealing with energy structures in the body. As I go forward with the show, I’m looking in and creating a broader, more expansive view that doesn’t leave the body behind. And I know you might think “well, of course, it’s sex, how could you leave the body.” I would say that I think that for so many people, sex exists in the brain, in the mind. We overthink things. We’re not present sexually when we’re with someone else. We’re always thinking ahead three steps. We’re thinking, “How is this person reacting to me? What are they thinking about me?” And all of these keep us from being in our bodies. So that will always continue to be a cornerstone of the show, focusing on the body, looking into dismantling beliefs, but also adding conversation about energy and other ways of thinking about the body’s capacity for pleasure.

Karen Yates is a somatic sex educator with a background in Tantra and over twenty years experience as a theater director, producer, performer, writer and maker of art. With new episodes released every Thursday, the “Wild & Sublime” podcast can be found on all podcasting platforms. https://wildandsublime.com/