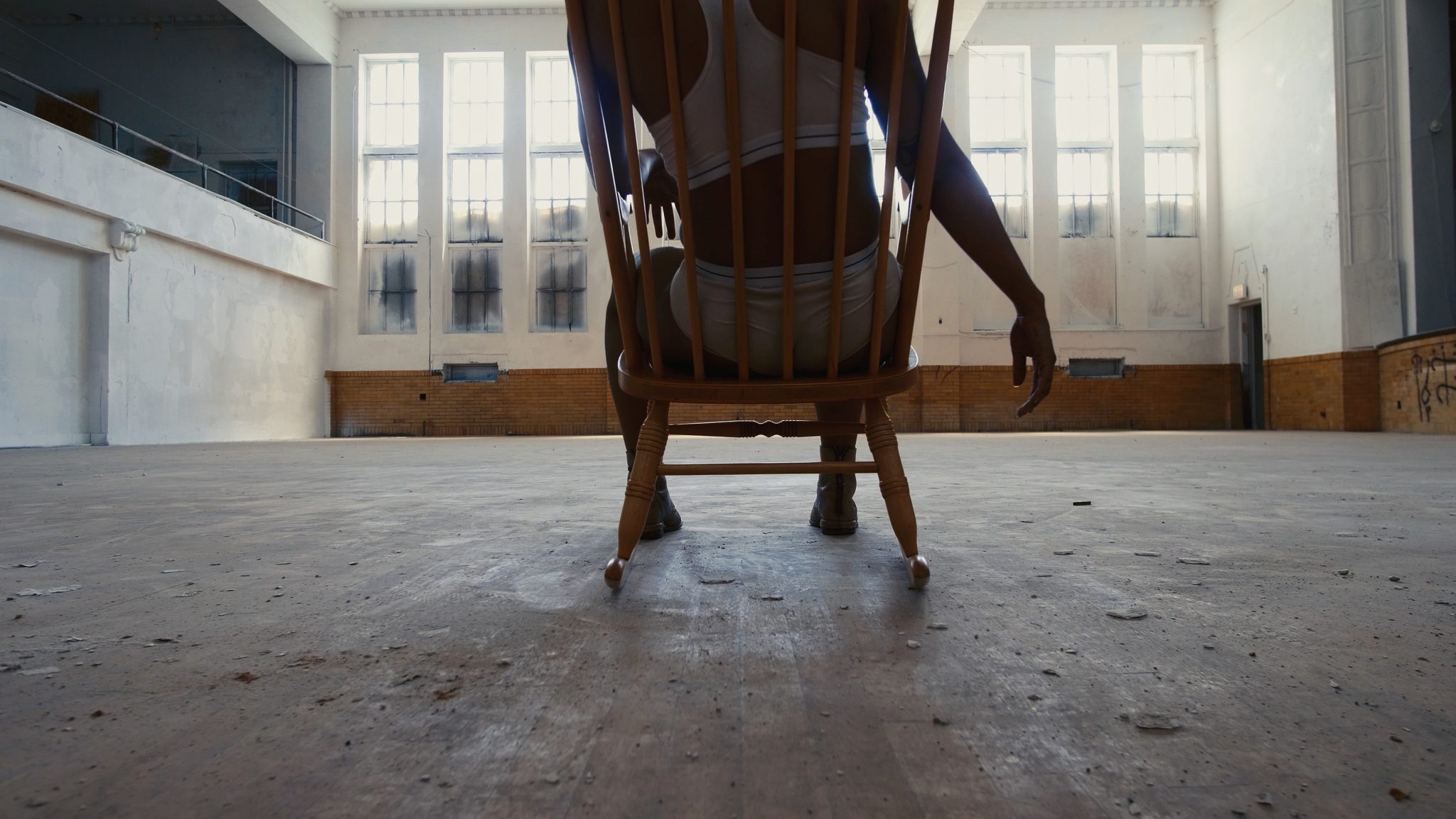 Jenn Freeman, aka Po’Chop, in “LITANY”

Conceptions of sex, spirituality, Blackness and gender are interrogated, toyed with, and overturned in the performances and writings of burlesque artist Jenn Freeman, also known by the stage name Po’Chop. Like many, Freeman’s artistic explorations moved from stage to screen during quarantine, taking the shape of a five-part dance film, “LITANY,” in collaboartion with Jordan Phelps and VAM Studio. One seven-to-ten-minute film is scheduled to be released each month from August to December, with a culminating presentation in early 2021. Freeman spoke with us about the genesis of “LITANY” and her ongoing creative obsessions.

The church is a big influence on your work. Can you talk about how spirituality and burlesque meet for you?

The first time I choreographed something was for church. My original intention when I moved to Chicago was to use dance to become a minister. At the time I was Christian. Later on, through exploring and reading, I fell away from Christianity, but spirituality was something I needed. Burlesque helped me create ritual in that way. I’m instantly thinking of performance as a spiritual exchange. I dance to connect with my higher self.

In the last couple years I’ve become obsessed with a few threads in my work. Audre Lorde is one of them. When I was developing The People’s Church and the People’s Church of the G.H.E.T.T.O. [at Blanc Gallery in Bronzeville, September 2019], I was focused on using Audre Lorde’s life and work to illuminate other Black women’s life and work who were rooted in Chicago, specifically Bronzeville. [Cartoonist] Jackie Ormes was one of those women. Her aesthetic, her comics and dolls correlated for me to burlesque. Her aesthetic, particularly Torchy Brown, is very much vintage, pinup, curvaceous shape—a lot of the images we see in burlesque. But it struck me that she was presenting Black femininity which a lot of times you don’t see in pinup culture. I had never seen it before, so when I first saw it, I literally cried. I think it’s another reason why in my burlesque I stayed away from this vintage portrayal because I thought it wasn’t for me. It was important for me to shine light on Black women who are overlooked.

“LITANY” is a culmination of my work up and to this point. “Torchy’s Togs” [the first chapter of “LITANY”] was created between 2017 to 2019 and the other sections are past works I’ve revisited and reimagined to make sense for film. And the title “LITANY” is a huge shoutout to a poem of Audre Lorde’s called “A Litany For Survival.” We use that poem in the church as a prayer.

Can you talk about your relationship to your chosen materials, brown paper and burlap?

I was drawn to burlap initially because in burlesque materials are super-important and the initial impression they make. There’s an expectation of rhinestones and glamor. Out the gate I hated it. Folks don’t understand that each of those stones are put on by hand. For something to be encrusted in rhinestones it’s a huge sign of money and labor. For me it pulls the audience out of the moment and creates an illusion of something I’m not interested in doing. For me burlap was the opposite of that. Brown paper came into play with my artistic process, which begins with thought bubbles and maps and jotting things down. I think it’s also a reflection of how I grew up in a rural, middle-class environment. Those materials are pretty accessible.

I’ve lived in Chicago since 2003. Up until five years ago I lived only on the North Side. Then I attended the Regional Dance Development Initiative hosted by the Chicago Dancemakers Forum. One of the things we did was map resources in the city. That activity opened my eyes to the lack of resources and venues on the South Side. I wanted to be a part of the solution and not perpetuate a problem. As well as, honestly, wanting to be surrounded by majority Black people. I moved to Bronzeville and about the same time was introduced to the book “Lifting as They Climbed,” a self-guided tour book that highlights Black women whose legacies are tied to buildings on Chicago’s South Side, which is how I found Jackie Ormes.

I’d like to ask you about working on film. In burlesque—and ministry—the feedback is direct. Of course film is very different. How has working in this medium been for you?

To premiere work this way where there isn’t any feedback, it’s been good for me. It forces me to validate myself. It forces me to reflect on why I created the film and refill my own well. Filming “LITANY” was the easy part, in some ways. Jordan Phelps and I filmed about a month into quarantine, it was just me and him, no crew, and we could work at our own pace. One thing is that it’s tiring. I’m used to giving 120 percent in front of a live audience. In live theater, you get one shot. In film it’s like, “we gotta do that a few more times.” That was hard, doing multiple takes.

What can we expect to see in the next chapters of “LITANY”?

They’re the same things I’ve been exploring for months: spirituality, femininity, space, connection, legacy. Each of the dates the films are released are connected to some sort of important personal or historical dates. The first chapter was released the date Torchy Brown was printed for the first time.

All chapters of “LITANY” can be streamed for free as they are released at itspochop.com/litany.