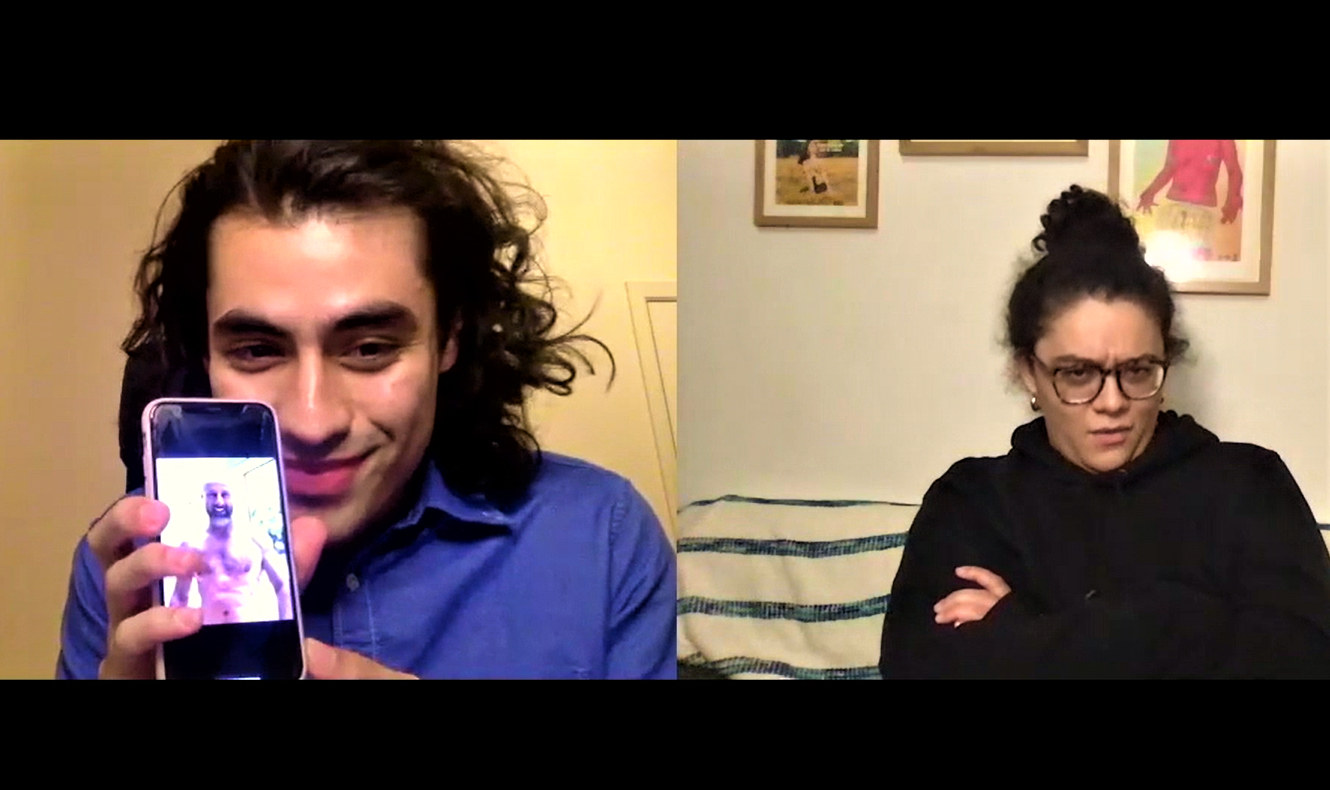 Brandon Rodriguez and Courtney Feiler in Random Acts’ “The Diplomats.”

Puerto Rican playwright Nelson Diaz-Marcano’s three-hander “The Diplomats,” streaming from Random Acts through December 7, may be set two days before the 2016 presidential election, but with the 2020 election still being fussed over, it is as timely as ever. In this compact character study, three longstanding friends work to reconcile the people who they have become in their thirties with the people they were in their twenties, and to see if the notion of diplomacy can help them salvage their alliances. Will their shared history allow for productive listening and conversation to find common ground, or will disruption of the treaty of friendship be the only possible outcome?

Annie (Courtney Feiler) and Carlos (Brandon Rodriguez) meet up after years apart, having lived very different lives and reached polar-opposite definitions of their places in society. While Annie is a champion of human rights on social media, Carlos has opted to marry an older, wealthy husband, trading on his cachet as exotic arm candy. Annie and Carlos are both people of color; Annie identifies as bisexual and Carlos as gay. At one time, they seemed sympatico in their political and religious belief systems, but Carlos is now rich, while Annie lives from paycheck to paycheck. Catching up over a meal in Annie’s apartment, the two bicker over potential food deliveries and whether or not smoking some weed will bring them back to themselves. They struggle to figure out if their banter of old is still of use to them, or if it now contains loaded vocabulary and phraseology that has become hurtful and will force them to forge a new kind of dialogue if they are to communicate.

Before their connection can regain equilibrium, Carlos mentions that he has taken it upon himself to invite another friend from their past. Gary (Chase Wheaton-Werle), once very close to Annie, has had a life spun out of control. He pays support for a child in another state whom he sees when he is able, and writes far-right media posts to earn a living, even though he insists his left-wing politics remain intact. The accusations and name-calling fly fast and furious between the three, but there are questions, some knee-jerk, some careful and genuine. Can they listen to each other? Can they find common ground?

Director Salvio Gada’s ensemble handles the complex characters with aplomb, and together they  keep the dialogue well-timed, despite the limits of a filmed, streamed production. Most of the time it is believable that they can see each other from their socially distanced rectangles, adding much to the enjoyment of the show.

Now that we have a president-elect who insists that uniting the country is one of his central objectives, “The Diplomats” is a timely study in the possibilities of diplomacy. Diaz-Marcano shows us that it is not a simple exercise.