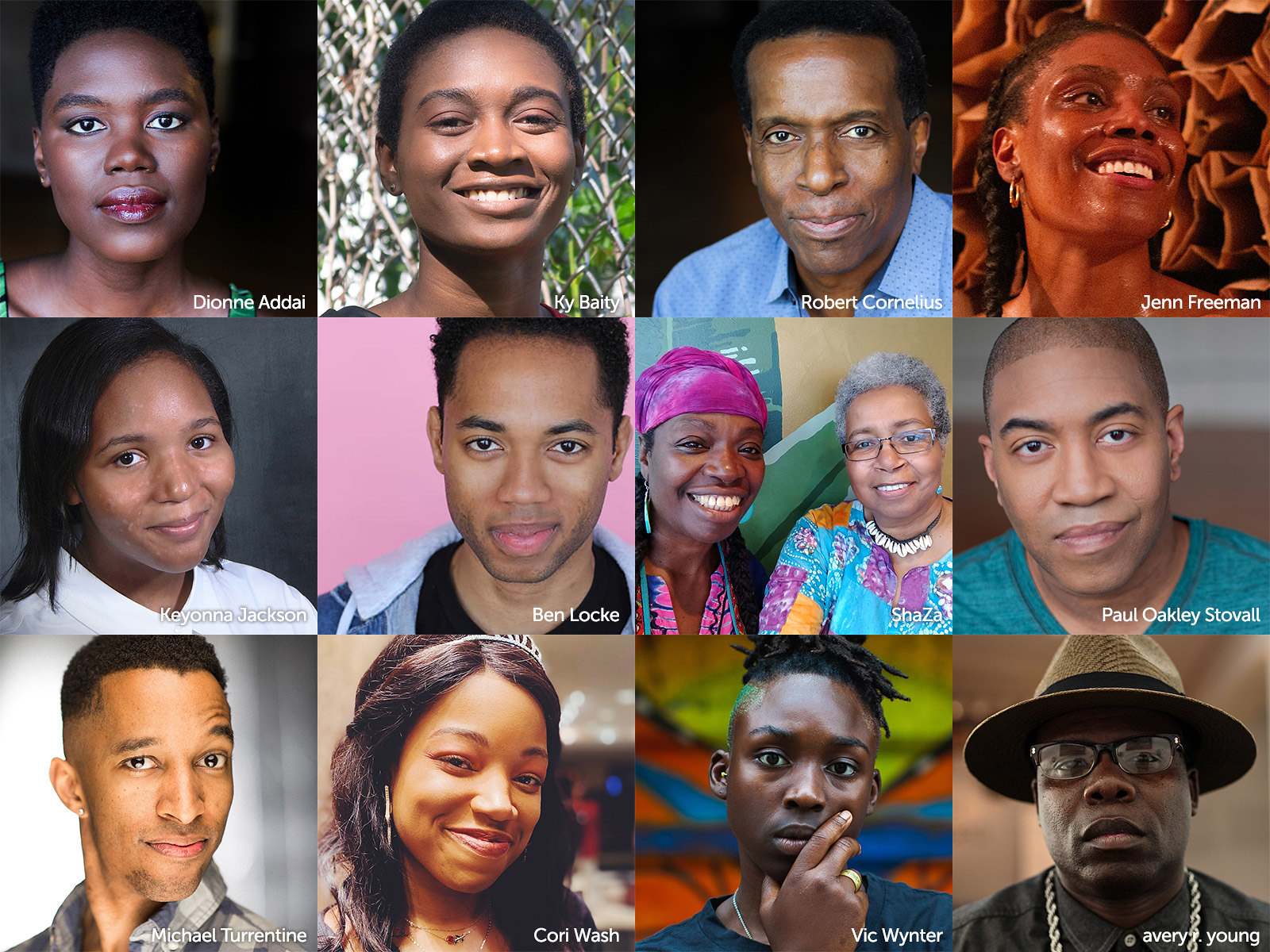 The theater community is at a point of reckoning. The long-fought battle for Black equity, Black representation and Black life became more visible to the white eye in the wake of this summer’s violence and protests, with demands for change growing louder and more difficult for companies and artists to ignore. Maintaining the status quo is no longer enough. As one artist in About Face Theatre’s KICKBACK Festival says, American culture, and, in this case, American theater, has steeped in the white perspective on Black life for too long. Stepping aside and giving Black artists the resources and the platform to tell their own stories is the new expectation for producers and storytellers (or at least, it should be). I’m grateful to see more companies, in the period of space and adjustment granted by the pandemic, do just that.

The figure at the helm of this festival, associate artistic director Mikael Burke, shares an introductory message that each piece “looks back in order to find a path forward.” In addition to being a powerful sentiment in its own right, this throughline illuminates the Black, queer history that is often erased from our stages, textbooks and history books, celebrating the legacy of Black joy and Black art across generations. It’s worth noting that the performances can be viewed in any order, according to Burke. I chose to view them in the order of Burke’s playlist.

The first piece in Burke’s lineup is “Pangea” by Dionne Addai. After detailing the history of colonization through poetry, dance and music, Addai asks: “What will save us?” If the answer is not simply Black people in power or white liberals, what will bring us into a future that considers and learns from our past, aware of but not encumbered by its violence? From “Pangea” onward, each piece is thoughtful and specific, brimming with heart, truth and perspective. One by one, the pieces offer the answer through crafted and deliberate exposure to Black queer excellence in so many forms beyond the white imagination.

As is to be expected in a festival of any kind, some pieces are stronger than others regarding production and clarity of storytelling, especially given this year’s limitations. But the content itself is both captivating and necessary. Comprehensively, these pieces introduce legend after legend who many may never have heard of, re-educating, inspiring and schooling viewers as it continues. As one piece states early on in the lineup, Black queer folks have often been “included by omission.” Here, these artists and makers and storytellers are owning their platform outright and paying tribute to those who couldn’t.

White reckoning and re-education must learn to celebrate Black excellence without trying to own or claim or appropriate it. As a white person, this festival isn’t for me to review or critique—only to learn from and witness. As a queer person, I’m grateful that these artists worked to mend the erasure of much of our community’s foundation. As a person in the audience, I found the KICKBACK Festival to be moving, illuminating and totally enjoyable.