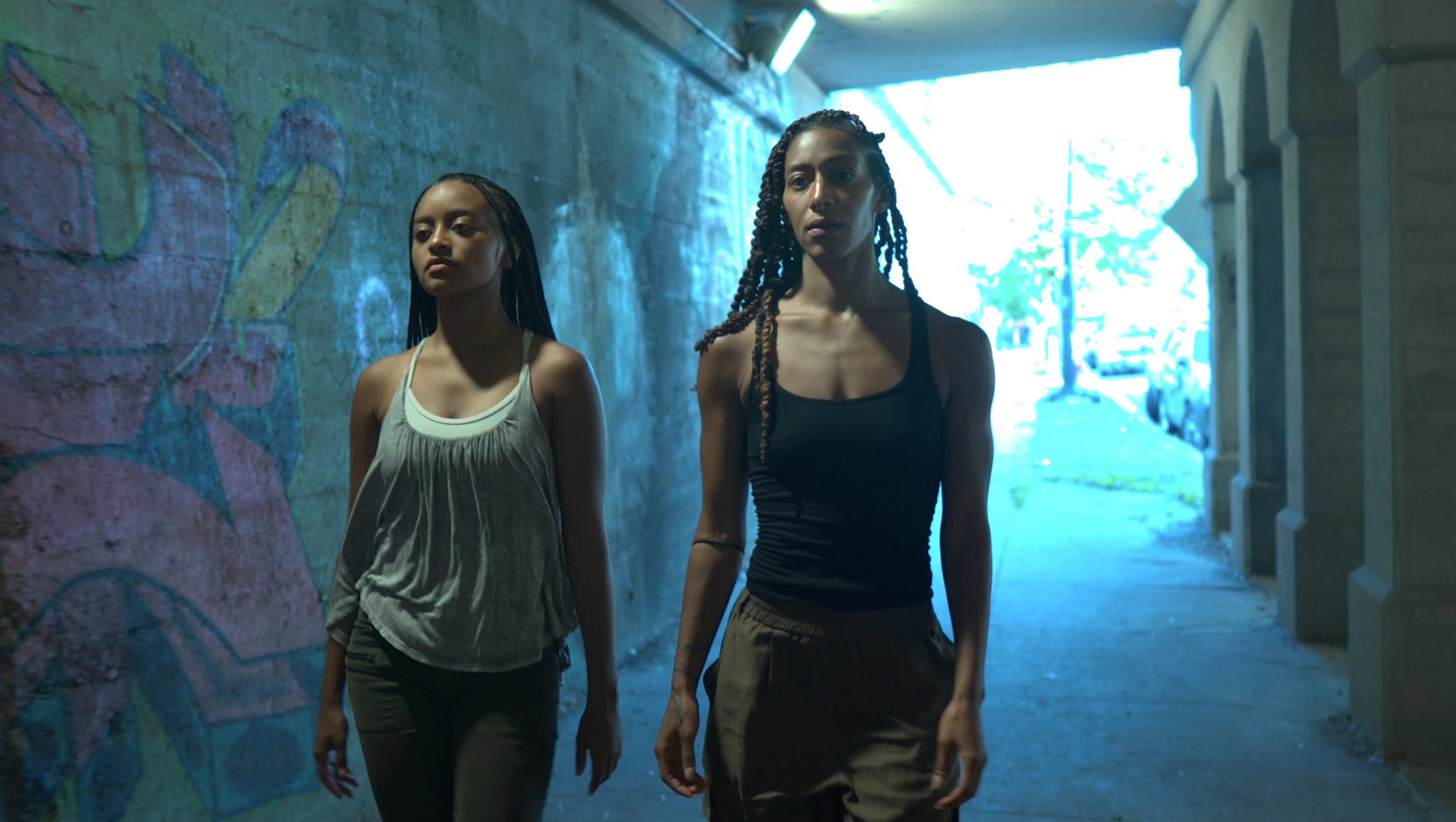 A couple of years ago, I attended a performance by Lucky Plush Productions at the Harris Theater. At intermission, the house lights came up and Adrian Danzig, founder of 500 Clown and spouse to Lucky Plush co-director Leslie Buxbaum Danzig, walked to the edge of the stage and did something I hadn’t seen at the Harris before or since. Danzig encouraged the audience to stick around, or return to their seats after visits to the restrooms and bar, for the fifteen-minute break in the performance. He then conducted a paddle-raise for production costs, rehearsal time, wages and healthcare costs. It was so energetic and charming that it felt like part of the show.

Of course, it wasn’t. It was an act of necessity, a gambit to meet baseline financial needs of a dance-theater company that had, by any other measure, achieved success. Lucky Plush tours extensively in the United States and abroad; they have performed at the Joyce Theater in New York and the Kennedy Center in D.C. They are the only dance company to receive a MacArthur Award for Creative & Effective Institutions. As in most companies, Lucky Plush members teach dance classes; unlike most, they also lead corporate team-building workshops. More than a dozen sponsors pepper the footer of their website. So why does a decorated mid-sized company presenting on one of the biggest stages in the Loop need to hustle a few bucks at intermission?

This is but one highly visible example of how much dancers, choreographers and companies, large and small, struggled to keep together body and soul before lives and livelihoods were threatened, upended and cut tragically short by the pandemic. A little over a year ago, Sustain Arts, a project of data-gathering nonprofit Candid, published “Mapping the Dance Landscape in Chicagoland.” The report compiled information on dance organizations (size, location, budget), audiences (demographics, income, location) and funders (how much, from where and to whom). The findings, while unsurprising, are striking.

The first finding: the dance sector has grown. Over the last decade, small and mid-sized companies proliferated. Individual artists working in broad and deep lexicons of movement showed work in small venues and festivals, and also in museums, churches, private homes, parks, bars and spaces not traditionally considered performance venues, responding to their environments and expanding ideas of what dance can be and where it takes place. Chicagoans saw more types of dance performed by different types of dancers: tap, hip-hop, aerial dance, burlesque, street dance, butoh, traditional dances from West Africa, Mexico, India, Ireland, Spain, Japan. You name it, dancers in Chicago were doing it well and drawing an audience.

Collaboration between dancers and artists working in a range of media boomed as well. Original sound compositions, video and projection, spoken text and dramaturgy became more commonplace in a dance show than tutus and tights. Pivot Arts brought together performers of all stripes in an annual festival that decompartmentalized theatrical forms. Links Hall’s move in 2013 to the shared space with Constellation cross-pollinated jazz and experimental musicians with their natural physical theater counterparts. Programs like Synapse Arts’ improv blind dates “collision_theory” and 2020’s “96 Hours” threw together first-time collaborations between dancers, musicians, filmmakers and puppeteers that frequently sparked further projects and friendships. Chicago, legendary home to cutting-edge storefront theater, was clearly also fertile ground for experimentations in movement-based arts. 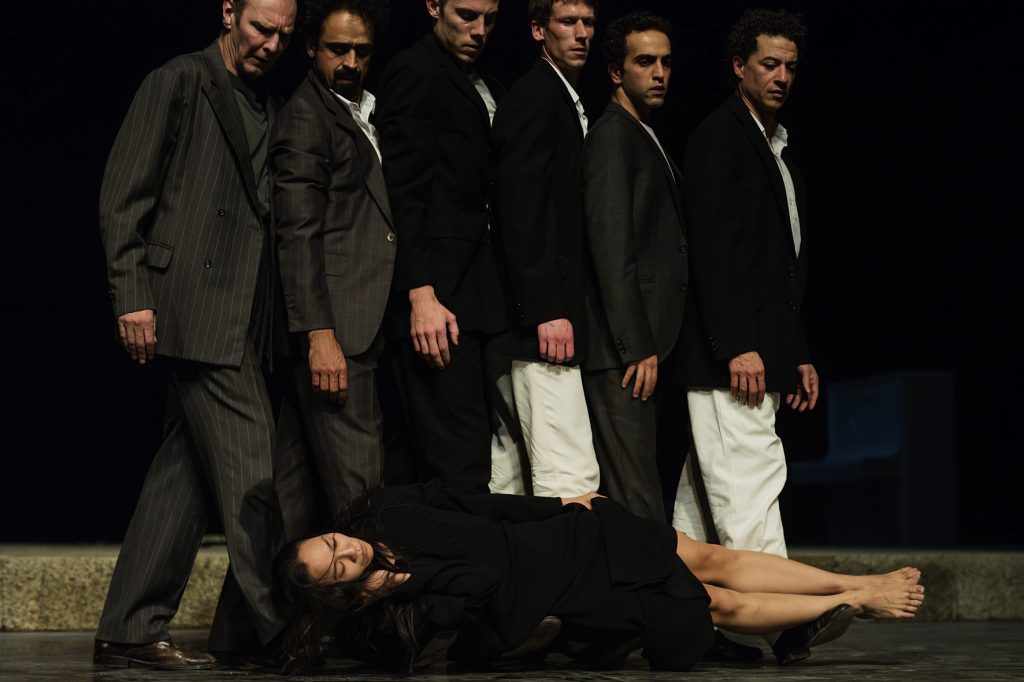 High-profile players took note. Thanks in part to the construction and visionary leadership of the Harris Theater—first under Michael Tiknis, then under Patricia Barretto, who passed away in 2019 at age forty-five—the city was internationally recognized as a location for U.S. premieres of big-budget productions. A recent notable example: the English National Ballet 2019 tour of Akram Khan’s masterpiece, “Giselle.” Tanztheater Wuppertal Pina Bausch was scheduled to appear in Chicago for the first time in May 2020, a cancellation that stings to this day.

But this surge of talent—and, according to the Sustain Arts report, double the number of dance studios from 2002 nurturing even more—was not met by a proportional growth of funding. State and federal grant dollars, already an embarrassment when placed beside European counterparts, plummeted in the aftermath of the 2008 recession and never recovered. Private philanthropic funding for dance did increase, but not nearly enough to fertilize a fast-growing sector into full flower. Particularly not for artists and companies working, living, making or presenting on the South and West Sides. Eighty-six percent of dance funding in Chicago went to the top twenty recipients, and the top three recipients—that’s right, three—received over half of all grant dollars awarded. The Pareto principle, also known as the eighty-twenty rule, strikes again, benefitting, as it so often does in resource distribution under capitalism, the least vulnerable, best-funded, predominantly white organizations.

Which is not to say that those large, better-funded dance organizations didn’t struggle. Hubbard Street Dance Chicago, one of the shiniest jewels in the city’s arts and culture crown, has been pummeled by dwindling budgets—seen in shrinking company size and dancer contract length, the discontinuation of Hubbard Street 2, its second company, and the heartbreaking closure of Lou Conte Dance Studio after forty-six years of housing the company and training dancers of all ages. If an internationally renowned contemporary dance company with volumes of repertory by world-famous choreographers and banners adorning lightposts down Randolph Street is forced into punishing austerity, how is a small company or an emerging artist—particularly an artist working outside the Loop or North Side, an artist of color, an artist working in a non-mainstream dance style—to survive? In a meager arts funding pie, dance gets a sliver, which is then divvied up so that the small companies—defined in the report as those with annual budgets under $50,000—are left to fight over crumbs. The flourishing of dance in our city is a testament to the grit of the artists who live here.

Now in the early days of 2021, with national health and economic crises at full tilt, not to mention the ravages of forty years of neoliberal economic policy increasing income inequality to feudal levels, it’s hard to see the immediate future of cultural funding as especially bright. But thanks to the ingenuity of Chicago’s dance community through a lean ten years and a hellish ten months, Chicago remains, and will remain a mecca for dance. Thanks to the tireless work of generations of activists, those in positions of power are awakening to entrenched racial and economic injustices and shifting their priorities as they are held to account. And the traction of social justice movements, deep beneath the pressure of the pandemic, is moving the dance sector to reflect and change, especially in three ways: Investment in communities of color, a deeper commitment to equity work and the realization that new technologies, embraced right now out of necessity, have a permanent place in the art form. 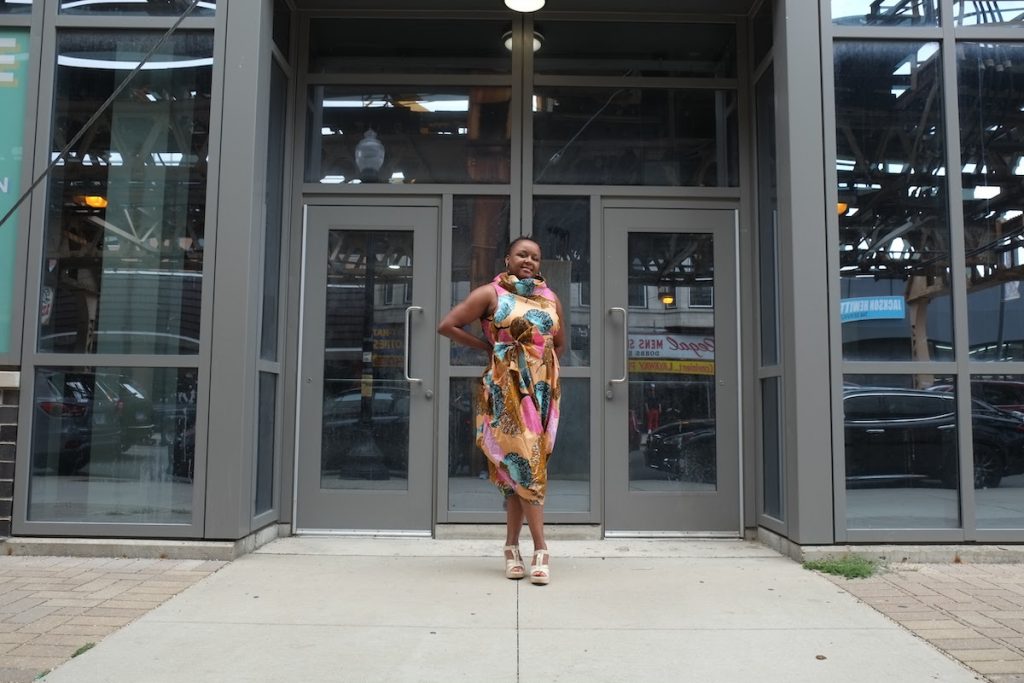 When it comes to arts infrastructure—as with access to food, healthcare, public transportation and education—Black and Latinx neighborhoods in Chicago are consistently disinvested and under-resourced. But new South Side-based venues and incubators established in the past decade point to a decentralization of live arts presentation on the horizon. Theaster Gates’ Rebuild Foundation transformed a crumbling 1920s-era savings and loan at 68th and Stony Island Avenue in 2015 into the Stony Island Arts Bank, a gallery, library and community and performance space.The University of Chicago opened the Green Line Performing Arts Center in 2018 down the street from Washington Park. Last year, undeterred by the pandemic, Red Clay Dance continued to build out a 3,700-square-foot studio space in Woodlawn. By the time you read this, the company should have moved into their new home from a shared gymnasium in the Fuller Park Fieldhouse.

Equity work is not optional

Diversity, Equity and Inclusion have been on the lips and agendas of organizations for a long time. Measuring, evaluating and reporting tangible progress on DEI is as expected of performing arts leaders as development, programming and fiscal management—and understood to be integral to each. Power structures within organizations large and small are under scrutiny, and the makeup of boards—including the types of resources members provide—are being rethought. We’re only starting to see changes in the faces of leadership, which in dance have, historically, been majority white. University programs are taking a critical look at white power structures in dance pedagogy, which privilege ballet and other European dance forms. And white-led organizations are considering redress. Khecari has for a long time offered a valuable example of putting their money where their values are. The group pays everyone in the organization the same rate and offers a scale for ticket prices that is the most accurate reflection of the wealth disparity in dance audiences I’ve ever seen. Khecari is committing ten percent of their annual budget to support anti-racism, women in dance, Native Americans and the environment. Tangible commitments to economic and racial equity will be increasingly foundational to dance organizations of all sizes.

New technologies are a part of the picture

The tsunami of live-streamed performances and dance films was an effect of the pandemic, but the wave of video could have a significant impact on Chicago dance in the long run. Will audiences return to theaters? Of course. Even more so. And how much richer the art form will be as fruitful collaborations between dancers and video artists mature and grow. Choreographer Rena Butler and videographer Talia Koylass’ “A Tale of Two” with Hubbard Street Dance last summer looked at how Chicago’s racial and economic dualism takes a toll on youth with tenderness and fierceness in equal measures—dancers and cameras move in harmony, guided by two Black female artists who shared a vision and the experience of growing up on the South Side. The five-part dance film “LITANY,” by Jenn Freeman (aka Po’Chop) and made with Jordan Phelps of VAM Studio, is a crackling, sweeping, visual poem wrapped in burlap and steeped in sweat, a meditation on Blackness, sex, gender and sprituality that leaves the viewer hungry for another chapter. These dance films didn’t just attempt to momentarily fill a live-theater void, the work opened a window to possibilities for the form.

As many have pointed out, digital works are often accessible without charge to those who already have a dependable internet connection, or at least far less than a theater ticket price. Motivated by new global audiences, some dancemakers may choose to make film a priority over live performance. Ten new $10,000 grants (in addition to six $20,000 Lab Artist grants awarded annually), for developing dance using digital technologies from The Chicago Dancemakers Forum, an organization that deserves a bit of credit for the boom in groundbreaking dance in Chicago over the last several years, is sure to water more verdant dance-filmmaker collaborations in the year to come.

Chicago is fortunate to have CDF, and could use a dozen more organizations just like it. While dancers and companies will no doubt need to continue appealing for donations in email, social media and, once stages reopen, during intermissions, perhaps in the years ahead we will see a dance landscape in Chicago free of deserts, with fertile ground, citywide, beneath the feet of artists.