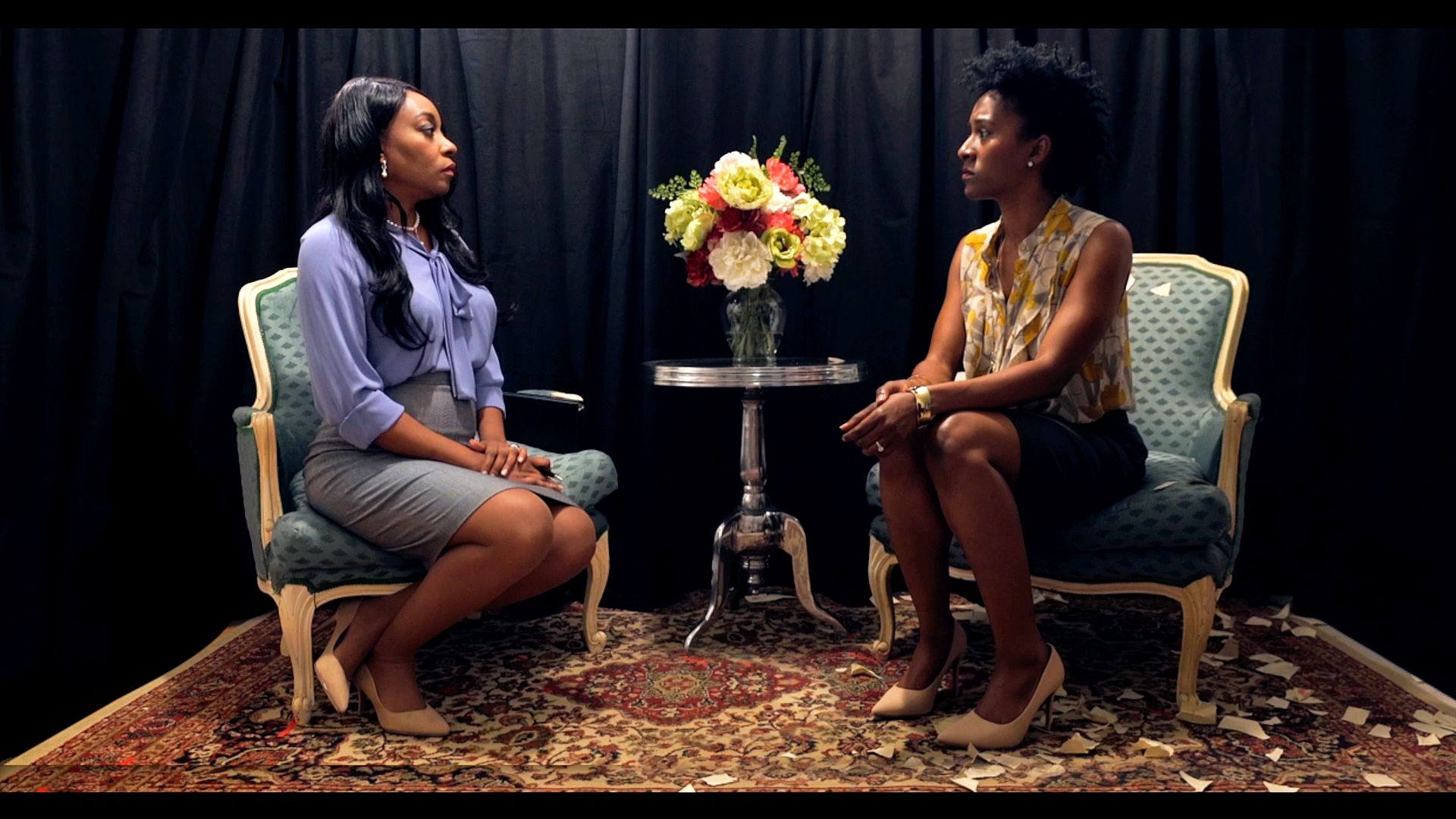 It’s hard to imagine a more prescient play than Vivian J.O. Barnes “Duchess! Duchess! Duchess!” playing at Steppenwolf and streaming through the end of August. Although written in 2018, the play appears spawned from the deep subconscious of the recent Oprah Winfrey interview with Meghan Markle and Prince Harry. Presented as a thirty-five-minute recorded play, the plot involves an incredibly intense conversation between a duchess and a soon-to-be duchess, with the former patiently outlining the true demands of protocol. These demands begin with the practical, like how a duchess is expected to sit (your rump barely touches the seat and all your weight is supported at the ankles). Very quickly, though, the conversation moves to the less-grounded, more absurd reality of living one’s life in a very ornate fish bowl.

So then, are these two women intended to be stand-ins for Kate Middleton and Meghan Markle? Probably not. For starters, the seasoned Duchess, played wonderfully off-kilter by Sydney Charles, appears much too unhinged and vulnerable to be confused for anyone currently representing the Crown. Celeste M. Cooper turns in an equally engaging performance but again, there was little on stage resembling actual living royalty. But the play does live in the confining world once occupied by the Duchess of Sussex. It is a world where even the simplest pleasures, like eating ice cream in public, are deeply frowned upon. It is exactly this quiet horror recently described by Meghan Markle that has both fascinated and outraged so many people around the world.

Vivian J.O. Barnes penned the material in large part as a mediation on the emotional toil Black women face when taking up positions of power in large, static institutions. Director Weyni Mengesha illustrates that point clearly by presenting two sympathetic women of color at different points of the immersion process. The play also neatly explores the crushing cost of fame. And while most of us will probably never know what it feels like to be hounded by the paparazzi, we likely do know what it feels like to have to hold back your best self. The cost of having to always live one’s life that way must be unbearable. No wonder why some subjects feel the need to burn it all down.