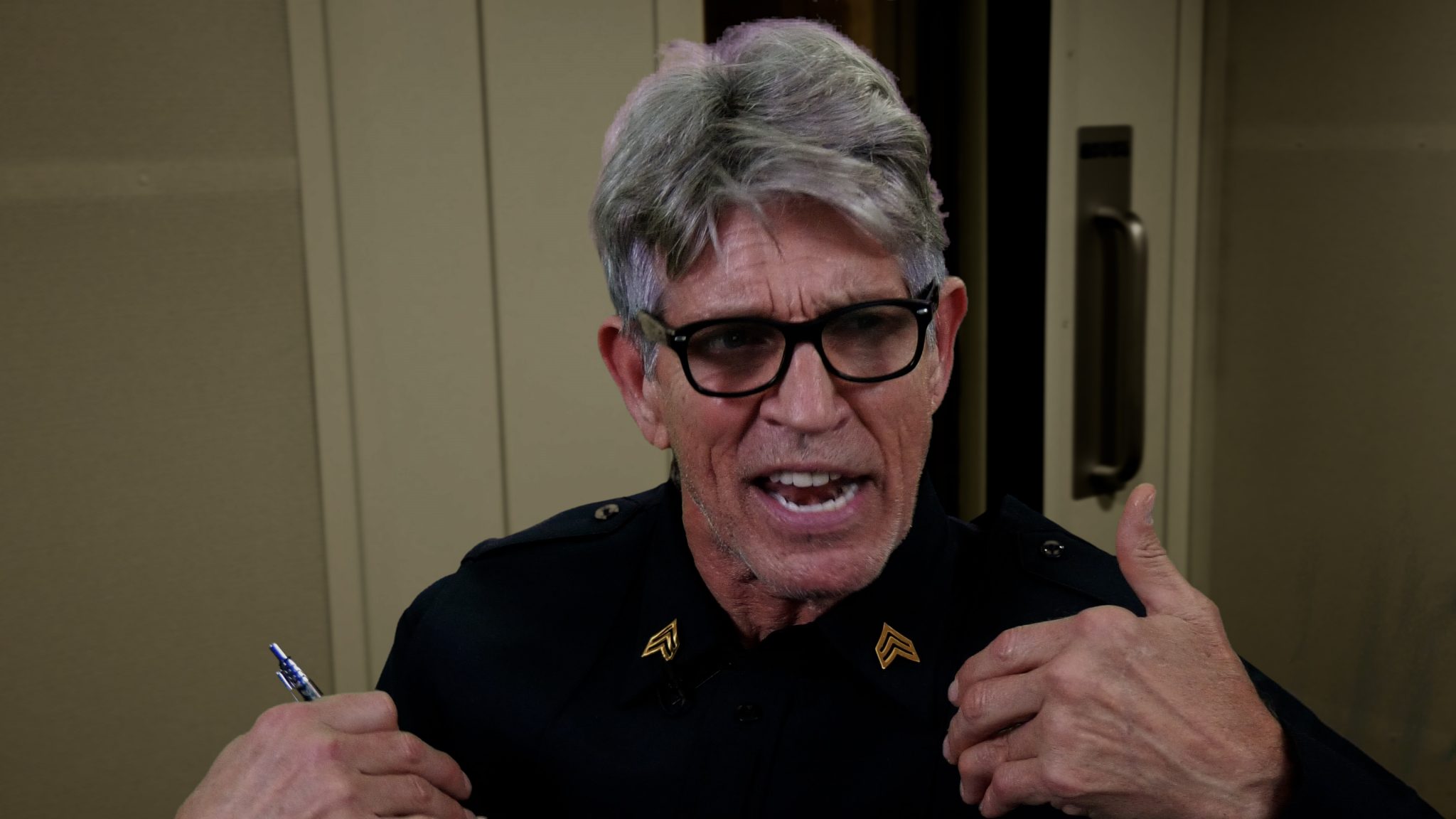 There is much to recommend in Hammaad Chaudry’s tension-filled new play “Security.” Set in the immediate post-9/11 world, the pre-recorded play begins with an airport interrogation of a British Muslim teenager. Rias (Harsh J. Gagoomal) is a bright young man hoping to begin life in New York City. Instead, he faces a power struggle with a Homeland Security Officer named Brian (Eric Roberts) who is intent on getting Rias to name names. Together they go round and round with Brian taking on both good and bad cop roles. Brian, of course, wins this battle—it is hard to lose when you hold all the power—and the true cost of the interrogation is felt thirteen years later when Rias resumes the conversation on his own terms.

I wanted to like “Security” more than I did. Chaudry offers a well-crafted script that keeps its focus squarely on the interplay between victim and oppressor. Brian and Rias are humanized, but also serve well as stand-ins for greater political constructs. We care what happens to them and at the same time see how their plight echoes the ongoing struggle between Empire and Colony.

But the play cannot accomplish the leap from in-person to virtual. Blame the fickle nature of the green screen or odd pauses that accent the dialogue, but Eric Roberts and Harsh J. Gagoomal never once appear to be in the same room. The cumulative effect is a disjointed theatrical experience that never realizes the potential of two very talented actors—one a Hollywood star, the other an up-and-coming talent—working with an intelligent and thought-provoking script. From the press release, I know that the St. Charles-based Kane Repertory Theatre hopes to stage this play when it is safe to do so. Reserve me a seat.