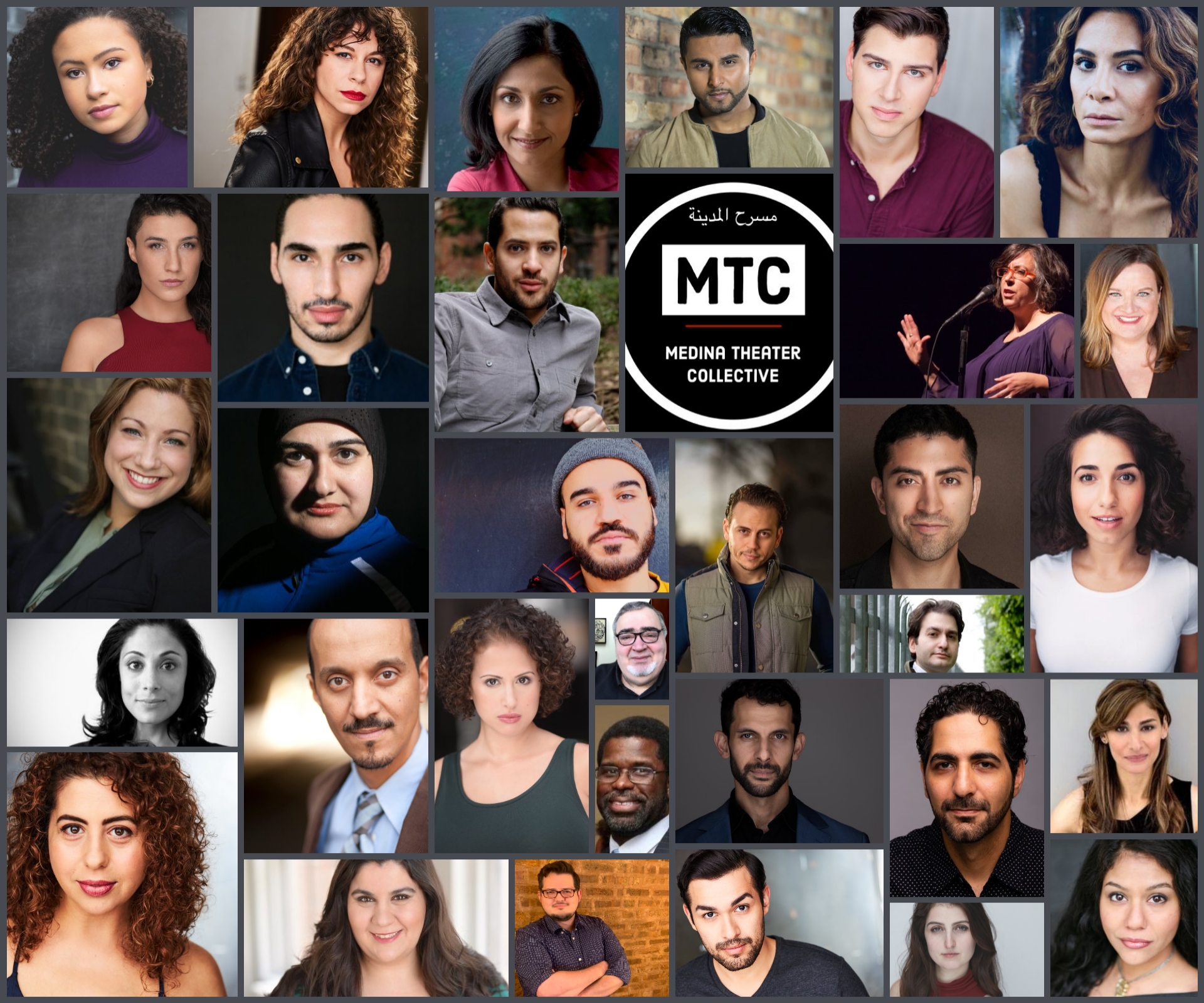 “I’m an optimist,” declares local playwright, director and performer Rohina Malik, founder of the spanking-new Medina Theater Collective, which stages its first production this month. “I’ve created this theater out of optimism.”

Also talent, experience and well-earned credibility. While Malik is too modest to mention these building blocks of her new venture, she’s honest about the heaping dose of hopefulness needed to launch a theater company during a pandemic, when performance has shrunk to the dimensions of a computer screen and even the town’s biggest and best-endowed troupes are struggling. But Malik is a woman with a mission, and not at all the sort of person to let a mere virus stand in her way.

That mission, as Medina’s website proclaims, is to “tell stories about the SWANASA community,” SWANASA being an acronym for South West Asia, North Africa and South Asia. “We are creating a city of SWANASA artists who are celebrating our heritage, taking back the narrative, and telling our own stories, in our own words, on our own terms.”

This time last year, Medina was barely a gleam in the eye of the London-born, Skokie-based, DePaul University-educated theater artist. But under Malik’s leadership, the non-Equity company has already taken shape, including an array of artists with origins ranging from Pakistan and India to Lebanon, Jordan, Iran and Morocco. And the first season has been announced, featuring two virtual productions and one live staging scheduled for late June–the first in-person show I’ve heard about for 2021, and more proof of Malik’s optimistic willingness to push forward and take risks. 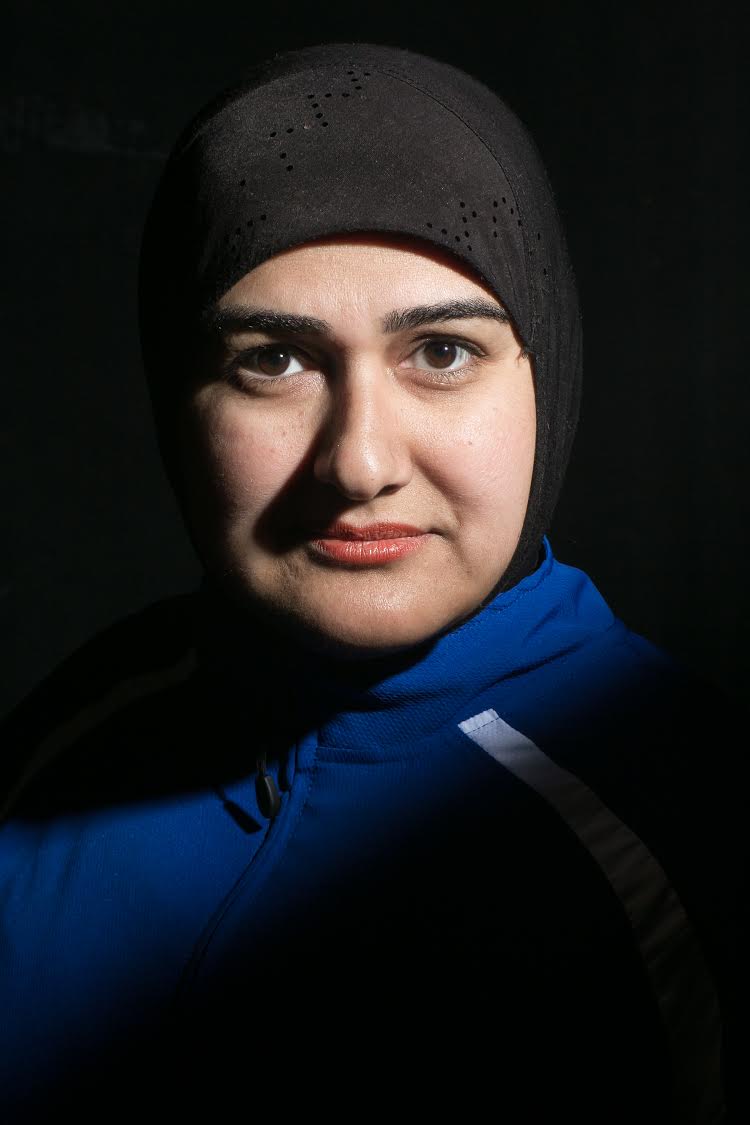 When I last spoke to Malik, back in 2017, she was frenziedly preparing for the simultaneous opening of her “Yasmina’s Necklace” at the Goodman and “The Mecca Tales” at Voyage Theater Company in New York. Since then, her work has been staged at venues around the country, including a record-breaking run for “Necklace” at Premiere Stages in New Jersey. Malik tells me she’s penned a play during the pandemic, while exploring other writing opportunities.

Amid all the hubbub of mid-career success, the one-time Montessori teacher and mother of four felt it was time to move in a new direction. “I’ve been involved in so many productions of my own works,” says Malik, who has collaborated with local companies including 16th Street Theater, Chicago Dramatists, Victory Gardens and Silk Road Rising, as well as theaters in Baltimore, Boston, Dallas and San Diego. “I was ready to find other work from my own community.”

And so was born Medina (“city” in Arabic) Theater Collective, a platform created to tell the stories and nurture talent from an underrepresented community, while combating negative stereotypes that did not go away with Trump. At a moment when anti-Asian violence is surging, the group’s purpose is all too relevant.

“It took a couple of months of calling people from all over to create Medina,” says Malik. As an established playwright, she was quickly able to forge trust among prospective company members. That faith has paid off, as Medina took shape and announced its intriguing three-show opening season, consisting of what the founder calls “high-quality staged readings.”

“We’re taking baby steps,” says Malik. “We’re preparing to apply for grants. We’ve started an Indiegogo fund that [we hope] will sustain us for two years.”

In the future is the tantalizing possibility of partnering with the South Asia Institute on the Near South Side, which has its own performance and rehearsal space. In the meantime, “Zoom has been our friend,” says Malik. “We’ve been working nonstop on Zoom. We didn’t want the pandemic to slow us down. And the beautiful thing about Zoom is that it allows people from all over to work together.”

The first fruit of that collaboration is Medina’s debut offering, Hannah Khalil’s “Scenes from 73* Years,” produced in partnership with Baltimore Theatre Project. Malik plans to co-direct these “snapshots of [Palestinian] occupation” with Najla Said, daughter of the late scholar Edward Said, author of the epochal critique of Eurocentrism and colonialism, “Orientalism.”

This year’s lineup also includes “The Shroud Maker” by London-based Palestinian playwright Ahmed Masoud. This one-hander, directed by Malik, is about an eighty-year-old Palestinian woman in the Gaza Strip who survives off of death, sewing funeral shrouds for a living. “Shroud Maker” is scheduled for a one-night live staging at the Cervantes Institute downtown. “We’ve set up safety protocols to be successful,” says Malik of the in-person production. Author Masoud is planning to fly in from London for the June 30 show, presented in partnership with the International Voices Project.

The troupe’s final production this year is Iraqi playwright Hassan Abdulrazzak’s “Love, Bombs and Apples,” to be presented virtually this summer. Malik describes the work as a “black comedy that touches upon real issues.”

That phrase, “real issues,” animates the ensemble and shapes its plans. In the future, the company hopes to commission and mount a play about the plight of the Uighurs, the oppressed Muslim minority group in China’s Xinjiang region.

“People need to know what’s going on,” says Malik. “We are dedicated to amplifying the voices of any community that feels marginalized. Nobody should be denied the right to have a narrative. We work against the silencing.”

As Malik sees it, that dedication requires a willingness to be the squeaky wheel when necessary. While the atmosphere for Muslims and others has improved relative to the dire period after 9/11, inclusion is still an issue: “It’s disturbing that so many artistic directors will do five white plays and one by a person of color. Our vision is for greater fairness.”

According to Malik, the stakes are high: “Our community is still demonized, with our men being portrayed as terrorists and villains and our women as passive and weak. It’s so boring, so racist. We’ve reached the place where we have to say: Enough of that kind of nonsense! We’re going to do what we have to do–even if it means calling out and shaming some institutions–to help the American theater challenge the racism we see around us.”

By creating her own company, Malik is also creating a protected space for artists who have been muzzled in the past, such as “Shroud Maker”’s Masoud.

“Palestinian plays get canceled, not just in the U.S., but in London, too,” says Malik. “Masoud’s writing is exquisite; I’m blown away by his talent. Yet he’s been canceled. To let voices like his be heard–that’s why I’ve created Medina.”