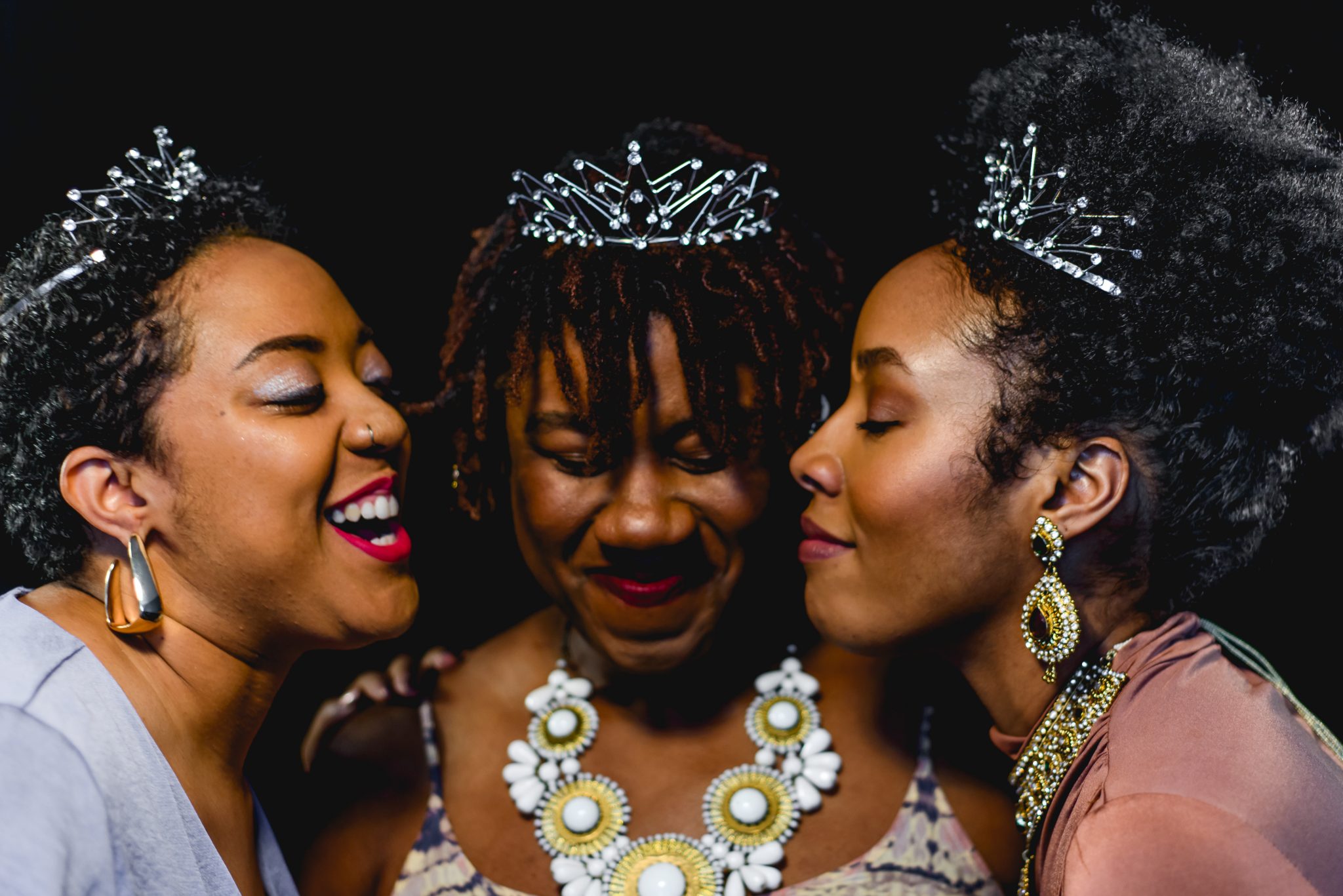 BAPS Comedy at Steppenwolf 1700, part of “The Map of Now” virtual festival/Photo: Ashfoto

“When I saw the announcement, I couldn’t wrap my brain around it,” says Julia Rhoads, founder and director of Lucky Plush Productions, of the Harris Theater Creative Future Fund—project financing created to support artists through the pandemic through the theater’s Virtual Stage platform. “We’re not in the studio right now. I was so not interested in going in a place with masks.”

But as Rhoads mulled over the possibilities, the pieces for a different sort of virtual festival fell into place. Through the Neo-Futurists, Rhoads learned about GatherTown, a video platform that combines streaming services and virtual meeting spaces in a videogame interface. Attendees create an avatar they maneuver through a “Mario”-esque 16-bit graphic map, enter meeting or performance rooms, chat with other avatars (attendees), and stumble across surprise hyperobjects.

“I thought about GatherTown and my work at University of Chicago. It’s hard to connect audiences across their habits of where they consume performances,” Rhoads says. “Lucky Plush has performed from Washington Park to the Logan Center in Hyde Park to up north at Links Hall and audiences don’t travel out of their way to see a show, either from the North Side to the South Side, or my students at University of Chicago getting out of their Hyde Park bubble. The thought about doing something that maps the richness, the ecology of our performing arts field—and literally with the geography on the map—began to excite me.”

Rhoads contacted four venues to co-host “The Map of Now” festival, which runs June 25 and 26: Links Hall, Steppenwolf 1700 Theatre, the Logan Center for the Arts and the Harris Theater. “I didn’t want to micro-manage curation,” she says. “I wanted venues to tap into artists they regularly partner with and feel are part of the ecology of their space.” 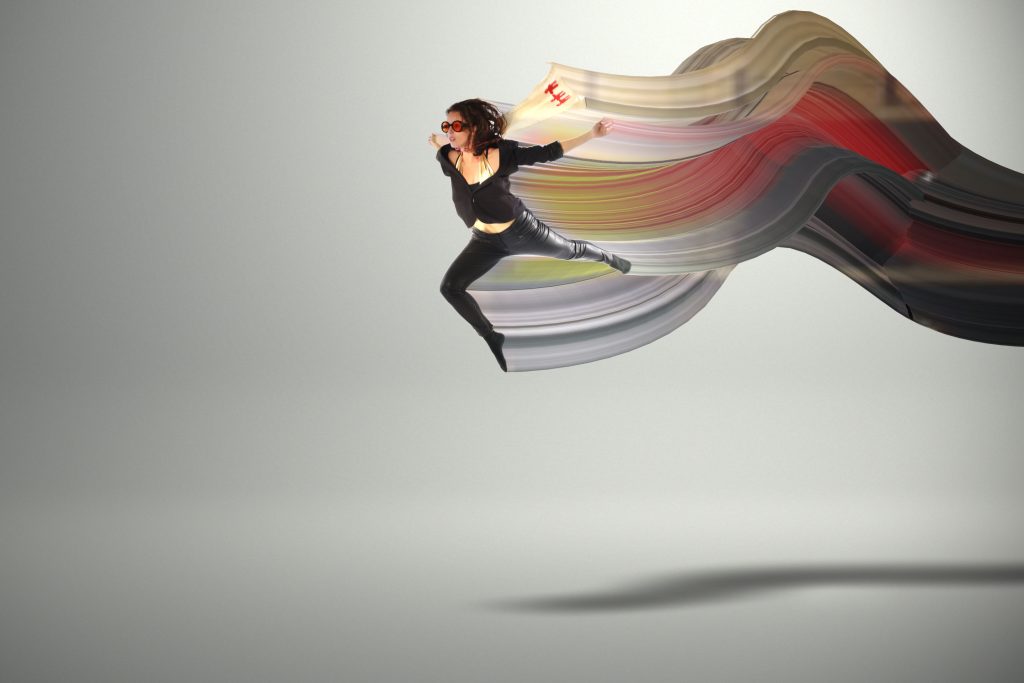 Lucky Plush Productions will create a new piece on the Harris stage for “The Map of Now.”

The result is a multidisciplinary lineup that is still to be finalized. Confirmed performers include writer and theater artist Chloe Johnston, and dancers Darling Shear and Sojourner Zenobia at Links Hall; tap and footwork dancers Bril Barrett and Donnetta Jackson, musician Sam Trump and poet avery r. young at the Logan Center; BAPS Comedy and storyteller Jeremy Owens courtesy Steppenwolf; and Lucky Plush at the Harris. Performances are pre-recorded and relatively short—seven to nine minutes on average—and shot, for the most part, on partner venue stages. Steppenwolf 1700, which opted on the side of caution and did not allow activity in the theater space, was the exception. Instead, Steppenwolf served as curator for films created off-site by artists in their LookOut Series.

So how does the whole thing work? Audience members buy a sliding-scale ticket, then sign in during the performance times to create an avatar and explore the map of Chicago, walking to the four host venues. Once inside, avatars can chat with other attendees in the lobby and then enter virtual renderings of the theater. The avatars find a seat (it’s possible to sit with friends and chat in a separate window), then a window opens with the streamed performances, which start every ten minutes or so.

Rhoads says the map, which is still being drafted, will include other cultural landmarks and surprise interactive objects. “Your avatar spawns at the Riverwalk, so we’re going to hopefully highlight some of the Art on the Mart. We’re going to have Garfield Park Conservatory for something on the West Side, and other places people would recognize, like the Navy Pier Ferris Wheel. We’ll do the Neo-Futurists with something to click on, like a short play. We’ll probably do something with Hideout so there’s a music object people can click on and hear.”

Tutorials of the map and GatherTown platform will be available for the less-technically inclined, plus an option to attach to a guide for a pre-programmed tour. Rhoads said recording links will be provided for ticket holders who missed a performance they wanted to see. “My fear is that people will feel like they failed at something or missed what they paid for, so we’ll make it available later,” she says. “But part of the fun is getting lost a little bit and happening into a conversation.” 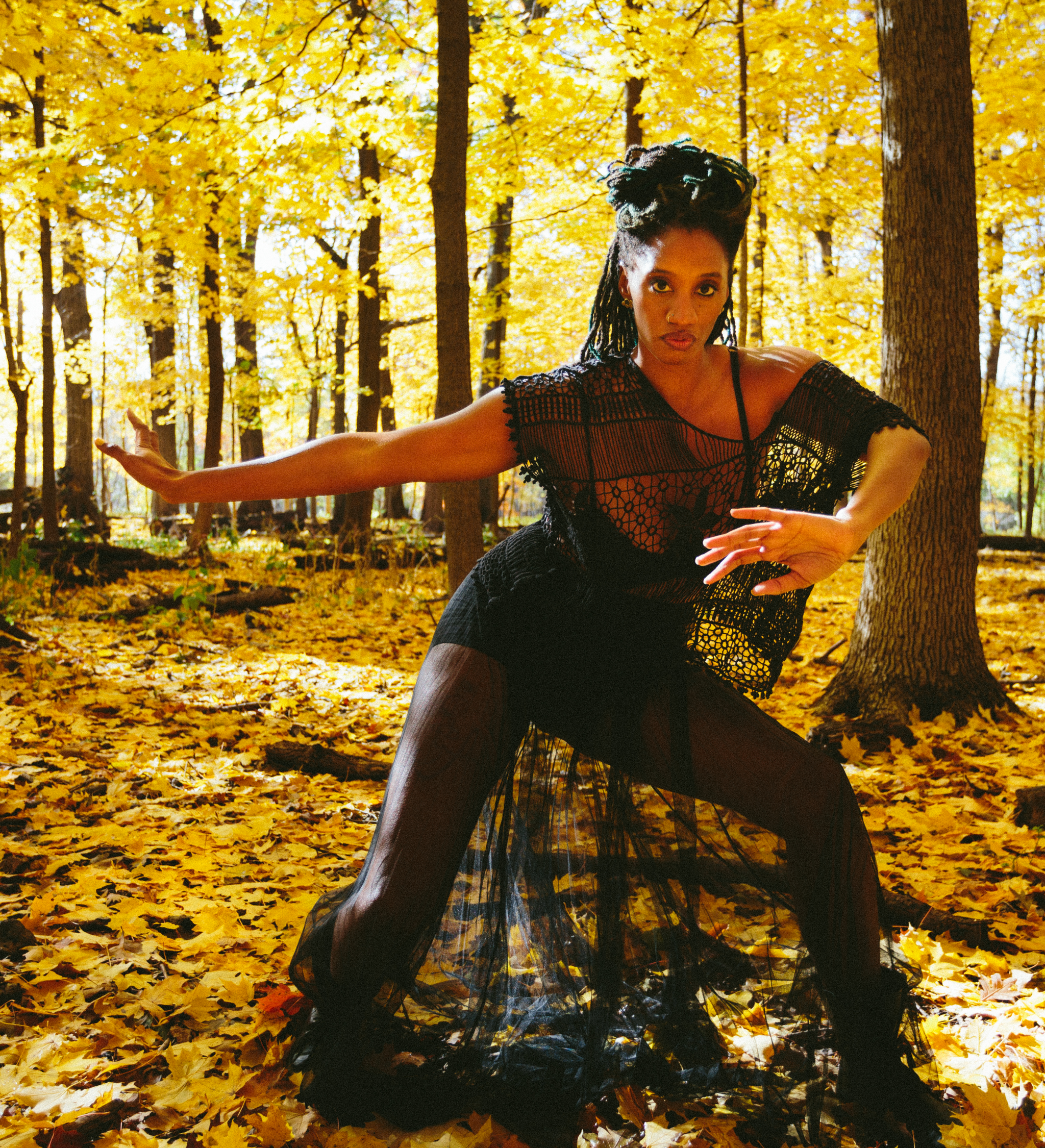 Sojourner Zenobia will perform at Links Hall as part of “The Map of Now.”/Photo: Eric Rejman

“The Map of Now” comes at what many of us hope is the cusp of live theater’s return. But crowds filling large venues is still a way off, and big, iconic Chicago theaters have already laid fallow for well over a year. Rhoads has this at top of mind as she and her collaborators in Lucky Plush consider their piece, the only one in “The Map of Now” filmed on the Harris stage. “What do you say to an audience that size, that scale? What is the value of a body in space? How do we expose the largeness of the space that speaks to the moment?” The expansiveness of live theater, its power to heighten the spirit and create a collective thrill, sob or burst of laughter from a group of strangers can only be achieved by bodies in shared space. That expansive energy, along with bear hugs and bare-faced smiles at neighbors, service workers and passersby, has been missing from our lives for far too long. “The Map of Now” promises to provide a playful virtual reminder of what it will be like to once again gather, have chance encounters, and together experience the alchemic power of live art.