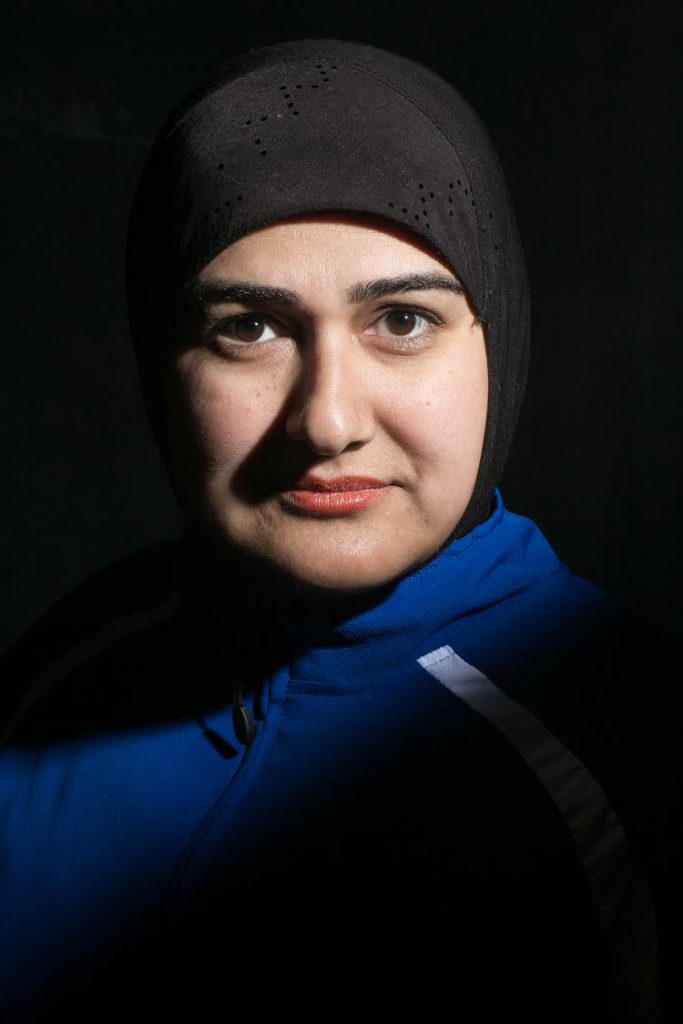 Making its streaming premiere May 19 in an overlap with the two-week outbreak of violence in Gaza, Medina Theater Collective’s inaugural production about daily life in Palestine is tragically timely. And yet, as the title illustrates, the ongoing Arab-Israeli conflict has now spanned an entire human lifetime—so perhaps timely is not the best word for Hannah Khalil’s smart, tender, at times funny, consistently compassionate script. Overdue may be more apt.

Medina co-presents “Scenes From 73* Years” with Theatre Project Baltimore and the online play, streaming on demand through June 20, is co-directed by Najla Said and Medina’s founding artistic director Rohina Malik. The mostly short vignettes jump forward and back in time. Some characters we meet only once—an Israeli woman returning from military service who becomes so distressed by a conversation with her chatty taxi driver she needs to leave the cab, a frustrated mother begging her college-aged son not to attend university in London: “You’re an educated, Palestinian man. We need you here,” she pleads. A prostitute hired by a soldier to act out a bondage fantasy with an “enhanced interrogation” flavor is equal parts highly funny and highly unsettling.

Interspersed are the characters who return repeatedly—some in the 1990s, many in the early-to-mid 2000s—the complexity of their lives under occupation revealed through daily indignities and ever-present simmering tension: the shopkeeper who can’t stock his shelves because of a delivery truck stuck at a checkpoint yet strives, not always successfully, to be a peacemaker through welcome waves, a sympathetic ear and cups of tea offered to Arab neighbors and Israeli soldiers alike; three women on a picnic repeatedly hassled by soldiers, asked again and again to reveal the contents of their picnic basket; the man forced to truncate his name for a passport because “it’s too long.”

Malik and Said use the digital platform to strong effect. One could pop in headphones and appreciate the hour-and-forty-minute show as an audio play alone—not infrequently the best way to experience streamed theater—but I recommend keeping eyes on the screen to fully appreciate the performances of an all-around excellent cast, particularly the finely-tuned nuance of Noor Hamdi, who plays a number of characters with captivating understatement.

One of these characters is a gently insistent Palestinian man picked up at the Tel Aviv airport by the Israeli cab driver, who quickly goes from affable to profoundly reluctant when asked to drive to Nazareth. The final scene reveals the purpose of the trip: a pilgrimage connecting generations of descendants to the story of brutality visited on a small farming village seventy-three years ago. Telling the story keeps the memory, and hope for the future, alive.