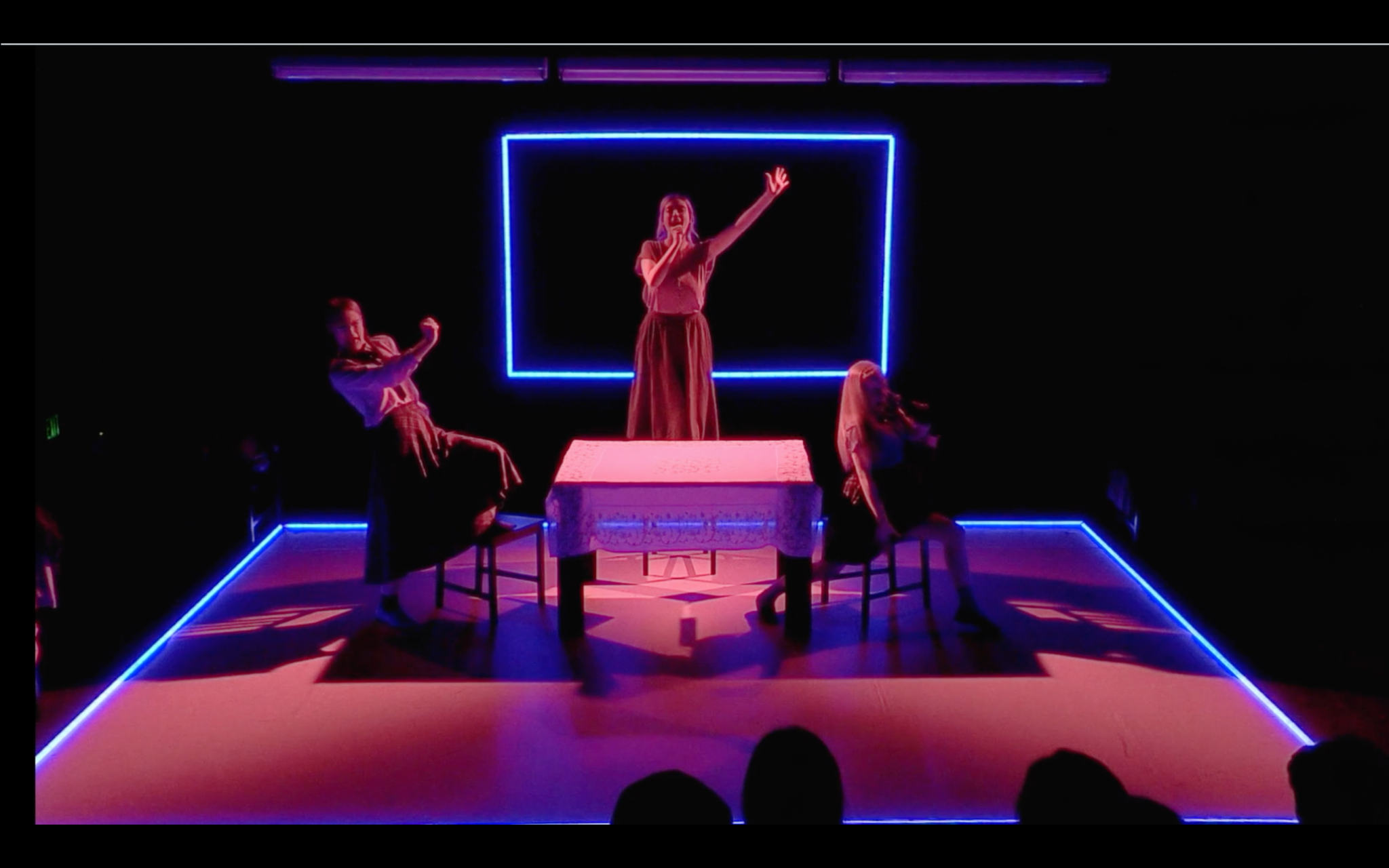 Like Jewish history, Jewish theater is ultimately about survival, physical and cultural, often against the odds. Looking at the lineup of Teatron 2021—a virtual festival of Jewish theater that runs June 24-27—the theme of struggle and resilience in a dangerous world underlies many of the plays, including one piece based on a work originally staged in a Nazi concentration camp.

The festival—organized by David Chack, artistic director of Chicago-based ShPIel Performing Arts Identity, along with Casey J. Adler, an independent LA-based theater producer, and Louisville’s Bunbury Theatre—is itself a testament to the resourcefulness and survival skills of the theater community at a tough moment.

I spoke with Chack by phone about the experience of pulling together a theatrical festival during this transitional period, after the pandemic has begun to ebb but before people have fully emerged from their shutdown shell. Chack tells me that “nailing down [performers] when they’re still feeling traumatized” has been an issue; it has also been no easy matter selling tickets for yet another online event to a public suffering from advanced Zoom fatigue.

But with his decades of involvement in Jewish theater and his dense network of connections, Chack has managed to assemble a disparate and interesting cross-section of contemporary Jewish drama, organized around three main themes: Holocaust presentation, female spirituality, and Black and Jewish interconnection. The fest’s first three evenings feature full-length presentations—“Hitler’s Tasters” by Michelle Kholos Brooks (daughter-in-law of Mel), “Mikveh” by Anglo-Israeli playwright Hadar Galron, and “Otto Frank” by longtime Spike Lee collaborator Roger Guenveur Smith–each prefaced by two snippets of longer works and followed by live-streamed roundtable discussions. Excerpts range from Conor Duffy’s and Jake Broder’s “Max and Willy’s Last Laugh,” depicting two cabaret artists who must put on the show of a lifetime in a concentration camp; to Lanie Robertson’s “Woman Before a Glass,” a one-woman play examining the life of famed art collector and patroness Peggy Guggenheim; to Chance Parker’s “Jump Jim Crow: A Choreopoem,” about a Black Lives Matter protester trapped in solitary confinement. The festival ends on a cheerier note with a Sunday night program of Jewish comedy titled “Stand-up and Sit-down.”

“The point of the festival is to bring together the diversity of Jewish identity, in light of social justice,” says Chack. “The festival format is the next step forward for ShPIeL, allowing us to deepen our exploration of what’s out there, rather than focusing on production. We’re working to launch new work and careers, something I’ve always been interested in.”

A festival like this, with diversity as its watchword, poses the question of how to define not just Jewish theater, but also contemporary Jewish life. For example, did Peggy Guggenheim, known for her vast inherited wealth, jet-set lifestyle, myriad liaisons and fabulous avant-garde art collection, live a meaningfully Jewish life? Is this really a Jewish play? I asked that question of Judy Rosenblatt, who has spent the last decade playing Guggenheim in New York, London and touring productions of “Woman Before a Glass,” under the direction of actor, teacher and Steppenwolf ensemble member Austin Pendleton.

Rosenblatt believes that Guggenheim’s sense of Jewishness, albeit not expressed in traditional ways, was not only always with her but was a driving force in her artistic quest: “Why did Peggy collect art? It was [her one-time lover] Samuel Beckett who said, ‘If you don’t know what to do with your money, buy modern art—because it’s living, it’s a picture of this time.’ And so she went on a buying spree during World War II, at a time when Hitler was trying to destroy both European Jewry and modern art, which he associated with the Jews.”

Rosenblatt applauds the scope and vision of the Teatron festival, relating it to Peggy Guggenheim’s efforts to rescue the cutting-edge art and artists of her time from encroaching barbarism.

“What we’re doing helps create understanding,” says Rosenblatt. “At a time when people like Trump are trying so hard to divide us, it’s important to see our shared humanity. Whatever our situation, theater shows how at a deeper level we’re all the same.”

Teatron 2021: A Festival of Jewish Theatre. Streaming June 24 -27. Tickets are pay-what-you-can, a suggested donation $36 per themed night or $118 for a full festival ticket. shpielperformingidentity.com.