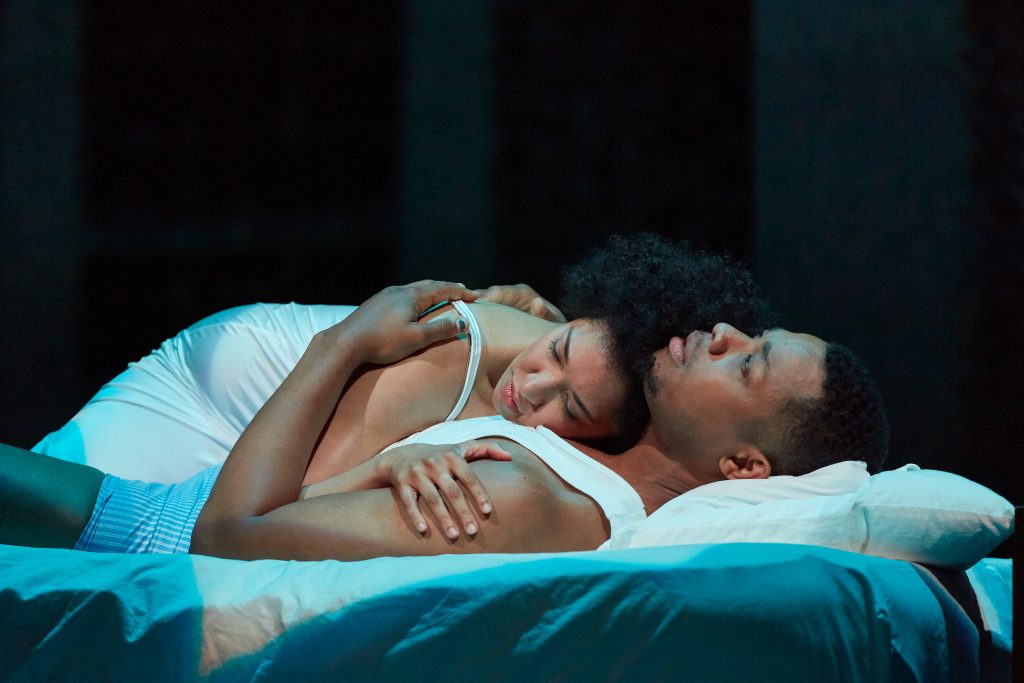 “We’re back!” declares Lyric Opera general manager Anthony Freud to scattered members of the media from the opera house stage. “Who would have thought it would be such a momentous moment to welcome people back to the opera house?”

Ordinarily, Lyric Opera and the Joffrey Ballet announcing their seasons together for the first time would have been the main attraction. During a pandemic, however, making such an announcement in person, at the first gathering at the Lyric Opera House since April 2020, was attention-getting in and of itself. Starting with the 2021-22 season, Lyric Opera will be the new home for the Joffrey Ballet. And a refurbished home, at that.
“You should be aware that your posteriors are the first to be implanted in our brand-new seats!” says Freud. Indeed, every seat at the opera house has been replaced, thanks to funding from an anonymous donor. Care was taken to reconfigure the main floor so that seats are staggered, offering improved sightlines. The original gold plush seats have been replaced with rose-colored, noticeably firmer, though still well-cushioned, seats. There is increased leg room for rows at the front of the house. Aisles are wider for wheelchair access and easier access in and out for all. “Our new seats are so comfortable,” assures Freud, “you’ll wish the operas were longer!”

Ironic then, that fall performances at the Lyric are being limited to two-and-a-half hours, “about the length of a Marvel-hero movie,” jokes Freud in an interview in the foyer afterward. Freud is joined by Lyric’s new music director Enrique Mazzola, Joffrey artistic director Ashley Wheater and Joffrey president and CEO Greg Cameron.

What Freud has characterized as “no conventional intermissions” during the announcement, he put it more bluntly in our interview: “There won’t be any. If you have to leave and go to the restroom, of course. Just as we have late seating that is more limited, it will be much less limited to allow people who have to leave an opportunity to get back into the auditorium.”

Standing in the foyer of the Ardis Krainik Theater—named for the legendary Lyric general manager who was notorious for starting performances like clockwork, leaving lamenting latecomers stranded in the lobby—this sounded like a seismic change. “I am not saying people can come and go from and to their seats constantly through the performance,” says Freud. “But late seating is something that has been introduced for some years now. After the New Year, our plan is to make a return to normal intermissions.”

Freud says the Lyric would remain open to reintroducing intermissions before 2022 if it’s permitted as restrictions ease. “It’s really just to give people a sense of confidence that the experience of returning to the opera house will not involve a half an hour of milling around in a crowd in a foyer and extending the length of your evening.”

Wheater says the Joffrey is also taking a flexible approach to intermissions, in light of uncertain and shifting restrictions. “We didn’t know what the protocols would be. If we can have intermissions, we can put them in. If we can’t have them, we don’t need them.”

The Lyric Opera season is opening with a new production of Verdi’s “Macbeth” on September 17; it will be the first opera conducted by Mazzola as Lyric’s new music director and directed by David McVicar. “We necessarily have to lose something,” says Mazzola, regarding the two-and-a-half-hour time limit. “Small parts of ‘Macbeth,’ some traditional cuts for ‘L’elisir d’amore.’ But if you go to YouTube and look for ‘L’elisir d’amore’ from [Vienna State Opera], you’ll find a version that works well. And this is a complete version. Of course, [the cuts] are something that touches the music, but I am not deeply worried about this.”

I ask if Mazzola was concerned that, of Lyric’s six mainstage operas for his inaugural season—down from the usual eight—half are Italian warhorses. “There are also three contemporary operas,” he responds. “And one of the three is the first Spanish-language opera ever performed here [Catán’s ‘Florencia en el Amazonas’] so this is a beautiful representation of how we are projecting into the future. I would say that for Lyric Opera of Chicago, it’s a very brave choice. But of course, also well balanced with ‘Tosca,’ absolutely great repertoire, and ‘The Magic Flute.’ Even if you think, it is ‘Magic Flute’ again [last presented at Lyric in 2016-17], but how we show it through this very costly production actually is a step in the future. It’s a very modern, very unique way of representing this opera. We are going to show something that is representative of different styles.”

One of the contemporary works Mazzola mentioned will not be a mainstage production. Outgoing Chicago Symphony Orchestra composer-in-residence Missy Mazzoli’s “Proving Up” will be conducted by Mazzola offsite in January at the Goodman’s Owen Theatre. Terrence Blanchard’s “Fire Shut Up In My Bones,” a co-production with the Metropolitan Opera, will open the Met and close the Lyric seasons. 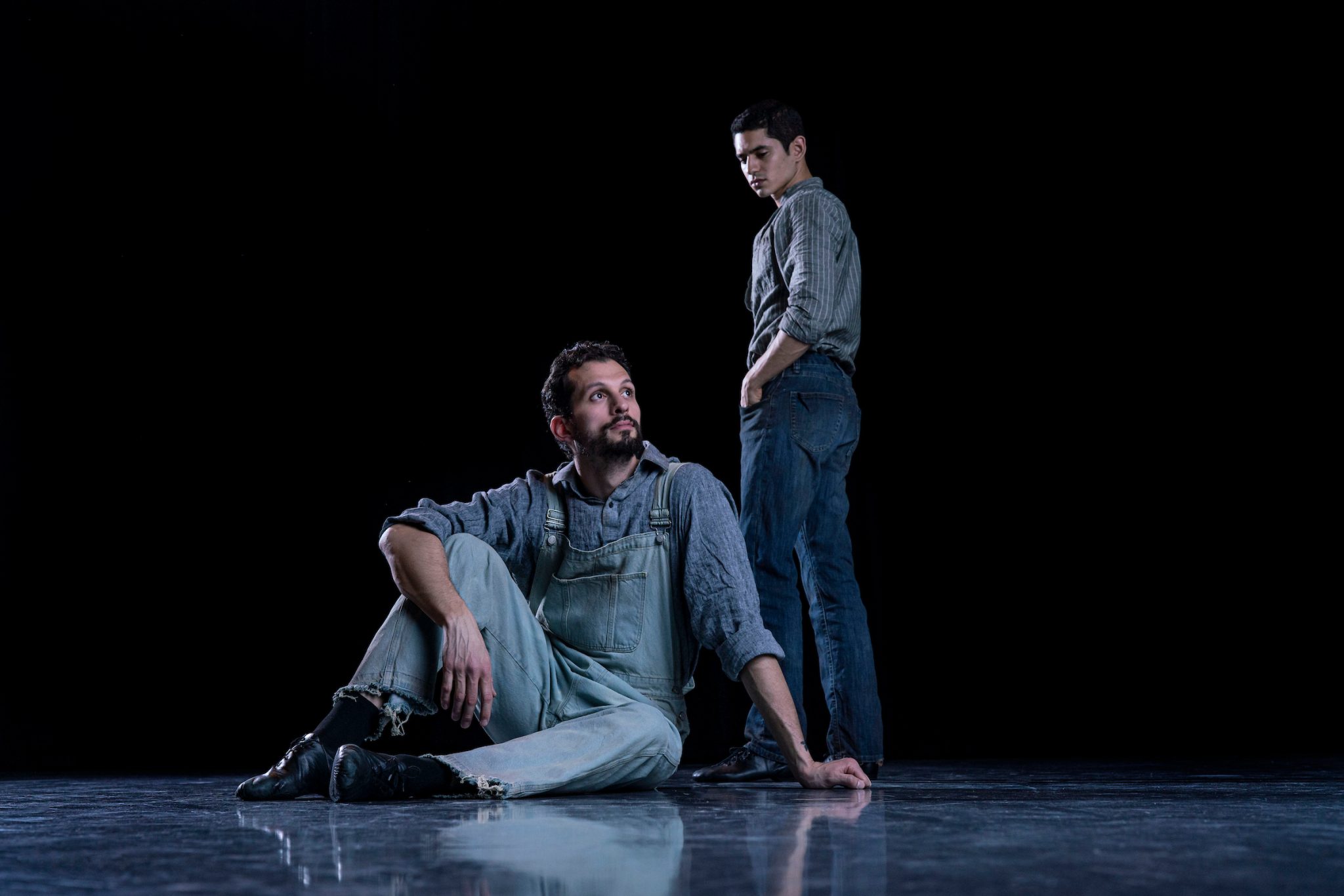 Both the Joffrey and Lyric 2021-22 seasons are quite different from what was planned for 2020-21, when the Lyric-Joffrey partnership was set to begin. “We had an enormous program coming into the Lyric last year,” admits Wheater. “And it’s not that those works won’t come to be. I think as Greg [Cameron] said onstage, when your only source of revenue coming in the door are contributions, you have to really rethink. We’ve tried to be careful and smart about our expenses coming in for a first season not knowing what the revenue source is going to be. But we’re optimistic, that’s for sure.”

The Joffrey season opens October 13 with “Home: A Celebration.” “Every piece on the program has been created for the Joffrey Ballet,” says Wheater. “To see these come to this stage will be very, very exciting. ‘Don Quixote’ is a huge production and needs a lot of space.”

The annual production of “The Nutcracker,” created for the company by Christopher Wheeldon and designed for the Auditorium Theatre stage, will be reconfigured for the Lyric. “We are remapping a lot of the digital content for ‘The Nutcracker,’” observes Wheater. “But also the sheer technical ability of the Lyric stage allows us to rethink how we hang ‘The Nutcracker’ and what it means for the overall experience.”

Lyric has carried over two of eight titles from the lost 2020-21 season and Freud is clear that the lost operas “are back on our list of titles that we will want to do. 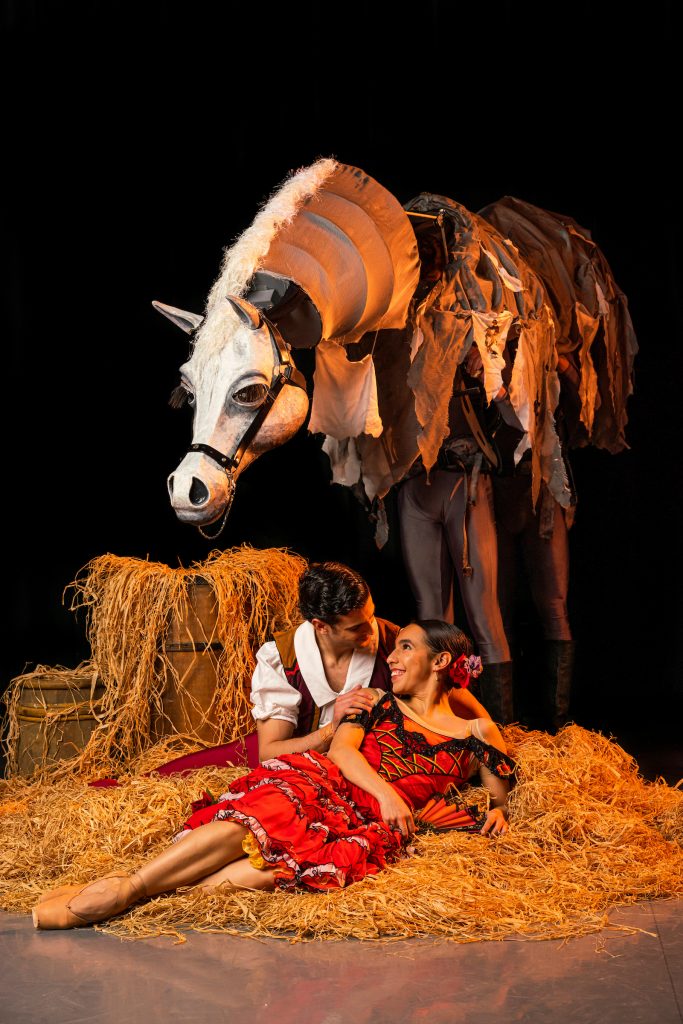 “I think we have to wait until we understand the realities of the post-COVID world before we even write the ‘Ring’ down on a piece of paper. On the other hand, I would love us to do ‘Götterdämmerung’ as a standalone title. We performed the first of three of the new productions and the fourth is rehearsed. We were two weeks away from the premiere. Before we actually program it, we need to understand that people have the appetite to come to a six-hour opera. I believe they will. The time will come when Lyric and the ‘Ring’ will meet again. But we just have to be patient.”

Freud says he was keen to bring “Fire Shut Up In My Bones” to the Lyric as soon as he saw it, “but it looked as though it would take a long time to be able to actually program it. One of the opportunities of the chaos over the last fifteen months was that the Met and Lyric could co-produce it.”

As for the Lyric-Joffrey partnership, Freud is candid about the financial rationale. “If you were to press the rewind button and go back fifteen years when we were selling out on subscriptions, this could not have worked. But, in common with the rest of the world, we were reducing performance numbers and we were working harder and harder to bring a whole range of different entertainment into the opera house from James Beard Foundation Awards to rock concerts.”

“I remember at the end of that first meeting,” recalls Cameron, “I said to Anthony and Andrew [Davis, outgoing Lyric music director], ‘Well, we can have a second date if we can have “The Nutcracker” in December.’ We said anything else, we are willing to reinvent and rethink our whole season model.”

“Our intention,” notes Freud, “is that this is not a time-limited partnership. This is a partnership which we hope will have an indefinite future. For this house to be able to offer the city a regular diet of opera and ballet changes the feel of what the opera house represents and how the city can perceive it. If you look at Covent Garden, if you look at the Paris Opera, if you look at La Scala, those great houses have regular alternating programs of opera and ballet. So, to me, this is a triple win: for the Joffrey, for Lyric and for the city.”

For more on Lyric Opera of Chicago and Joffrey Ballet 2021-22 seasons, visit lyricopera.org and joffrey.org.