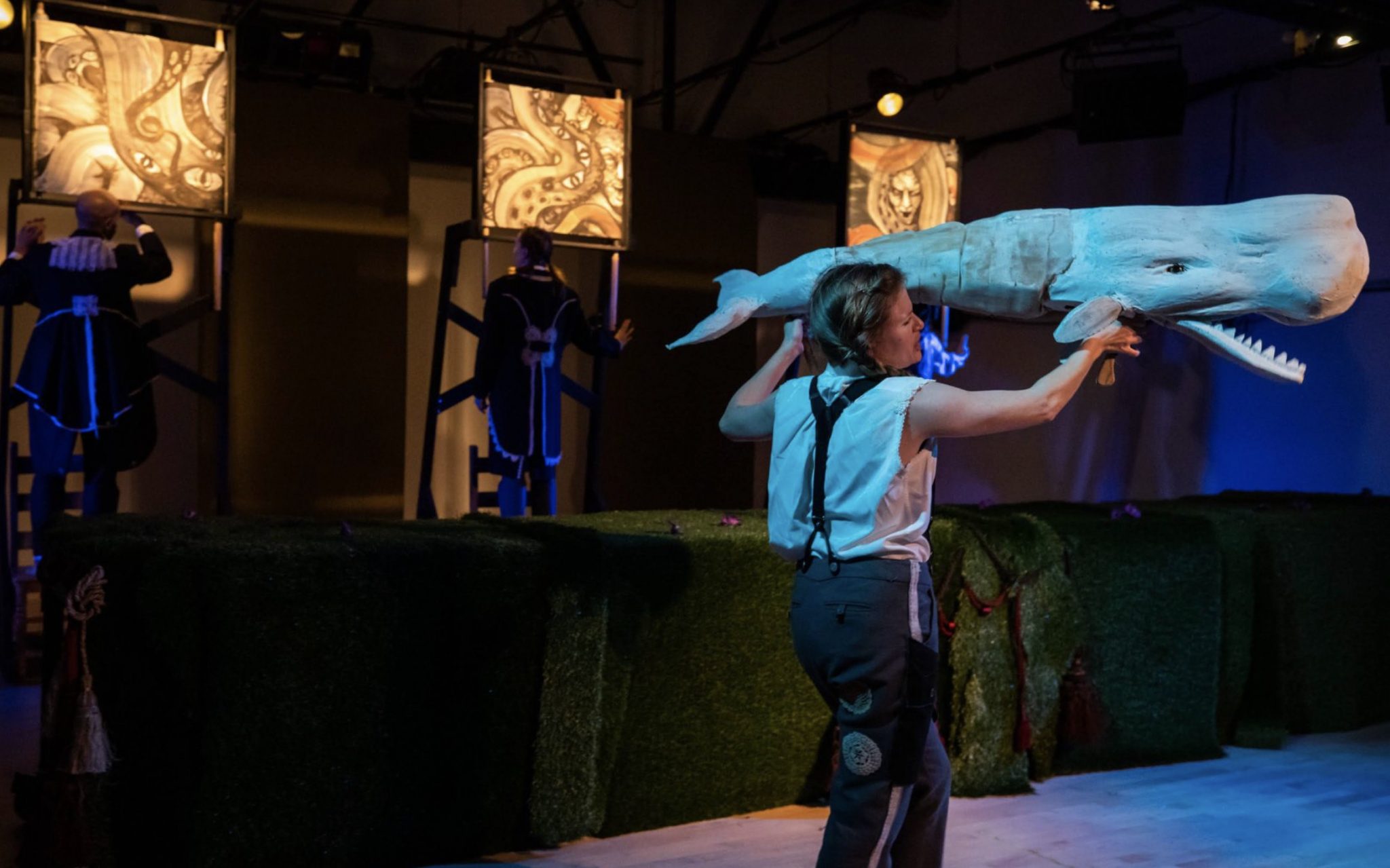 Frank Maugeri believes in the importance of ceremony and celebration in civic life. “We need that outdoor experience of story, gathering around the fire and seeing something beautiful,” he says. After the shuttering of the iconic Redmoon Theater in 2015—the company he co-founded and led to fame for its wildly imaginative stage shows and outdoor spectacles that incorporated puppetry, music and fantastic sets and costumes into operatic displays of the whimsical, breathtaking and grotesque—Maugeri took a new approach to large-scale public ritual performance with a kaleidoscopic collective called Cabinet of Curiosity. Instead of a permanent company with a physical home, Cabinet forms creative collectives around specific projects, pulling together a wide-ranging, ever-growing, ever-shifting group of writers, actors, puppeteers, musicians, dancers and visual artists under the banner. Their latest public spectacle, “Sea Change,” takes place July 15-25 outdoors at The Brndhaus Pl-zen in partnership with the Hideout, and promises to make up for a year-plus of constrained and isolated living with larger-than-life pomp.