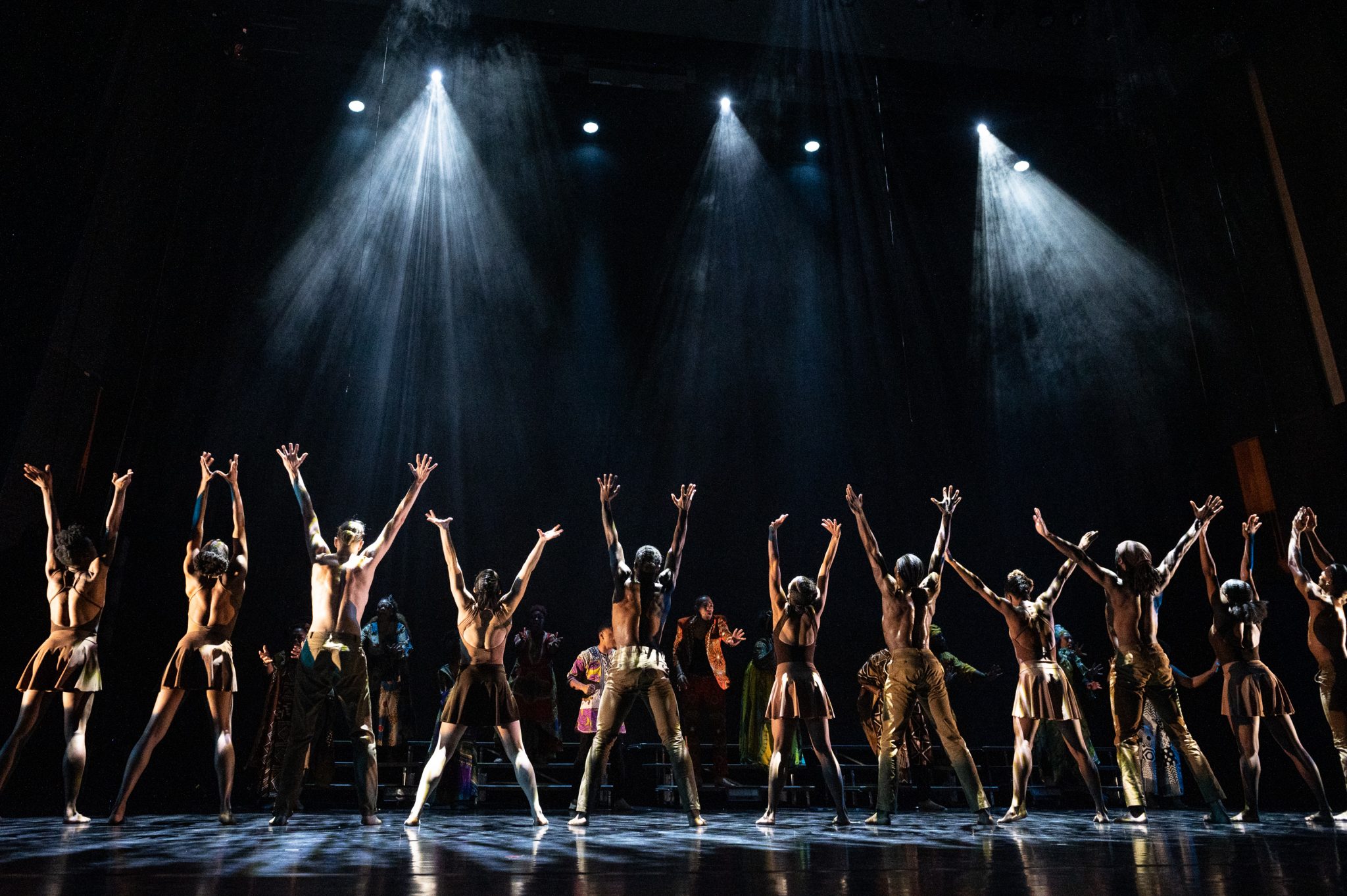 Nicole Clarke-Springer stepped into the creative helm of Deeply Rooted Dance Theater in 2019, gently tapped by Kevin Iega Jeff, the company’s co-founder and former artistic director. When the pandemic struck shortly thereafter, Clarke-Springer found firm footing atop the company’s deep roots, a solid foundation from which she could imagine a future freed from the rules—or perceived rules—of the past. Now Clarke-Springer guides Deeply Rooted into a twenty-fifth anniversary season marked by evening-length performances at two of Chicago’s largest venues.

You say you never saw yourself as an artistic director. How come?

It’s funny; I never saw myself in this position. When I danced with the company years ago, my aunt, who had diabetes, passed away. She was a dancer and I wanted to have a memorial, to do something for her. I decided to have a show and donate the proceeds to the American Diabetes Association. When the company came back over the summer and Iega heard about it, he looked at me and asked, “Would you ever want to be an artistic director?” I said, “Heck, no!”

I fell in love with it. I like being a teacher and a nurturer—I’m a nurturer by nature, the oldest of four. That instinct deepened as the years went by. When we began to talk about it seriously years later, this was something that would change my and my family’s life. So we sat down as a family to talk about it. My husband is a football coach at Northwestern, so he understands dreams. My kids are my biggest cheerleaders, and I’m an example of how you can go for your dreams.

And you’re only the second-ever artistic director of this company.

Yes, I was surprised, tapped as a woman.

You took the helm not long before the pandemic. As someone who never pictured themselves in a position like this, how have you thought about being a new leader in a time of head-spinning change?

Like so many directors having no idea when COVID hit, it was twofold: good and bad. I couldn’t see my way through—our norms turned on their head. It felt like a black hole and I was slowly maneuvering my way, inch-by-inch. But it allowed me to have space to learn what happened in the past. We’ve been here twenty-five years and it’s not built on sinking sand. Kevin Iega Jeff had a strong vision and left me something to springboard from. I also saw this was an opportunity to create anything I desired. There were no rules.

I thought back to that first show I did for my aunt. I had no idea about funding, I didn’t know any of those rules, I just did it. I had a job at Sears selling lingerie in the underwear department and I figured that’s how I’d save the money for the small theater space we had in Joliet. My brother drew the posters up. I didn’t know what rules I was breaking. When COVID hit, I thought, “There are no rules anymore. You’ve been here before.” I’ve chosen to have that childlike faith. You don’t know to be afraid.

That sounds like the insight of a leader who’s been doing it for years. Does this play in any way into the anniversary year theme of “Beyond Dance”?

We wanted to be able to provide opportunities for dancers to continue within the epidemic. Dancers are resilient: We know how to move through the pain, to move beyond it. And we’ve proven it; dancers have taken it to different spaces, we moved beyond what’s binding us. It’s beyond dance. It’s human spirit, it’s resilience. 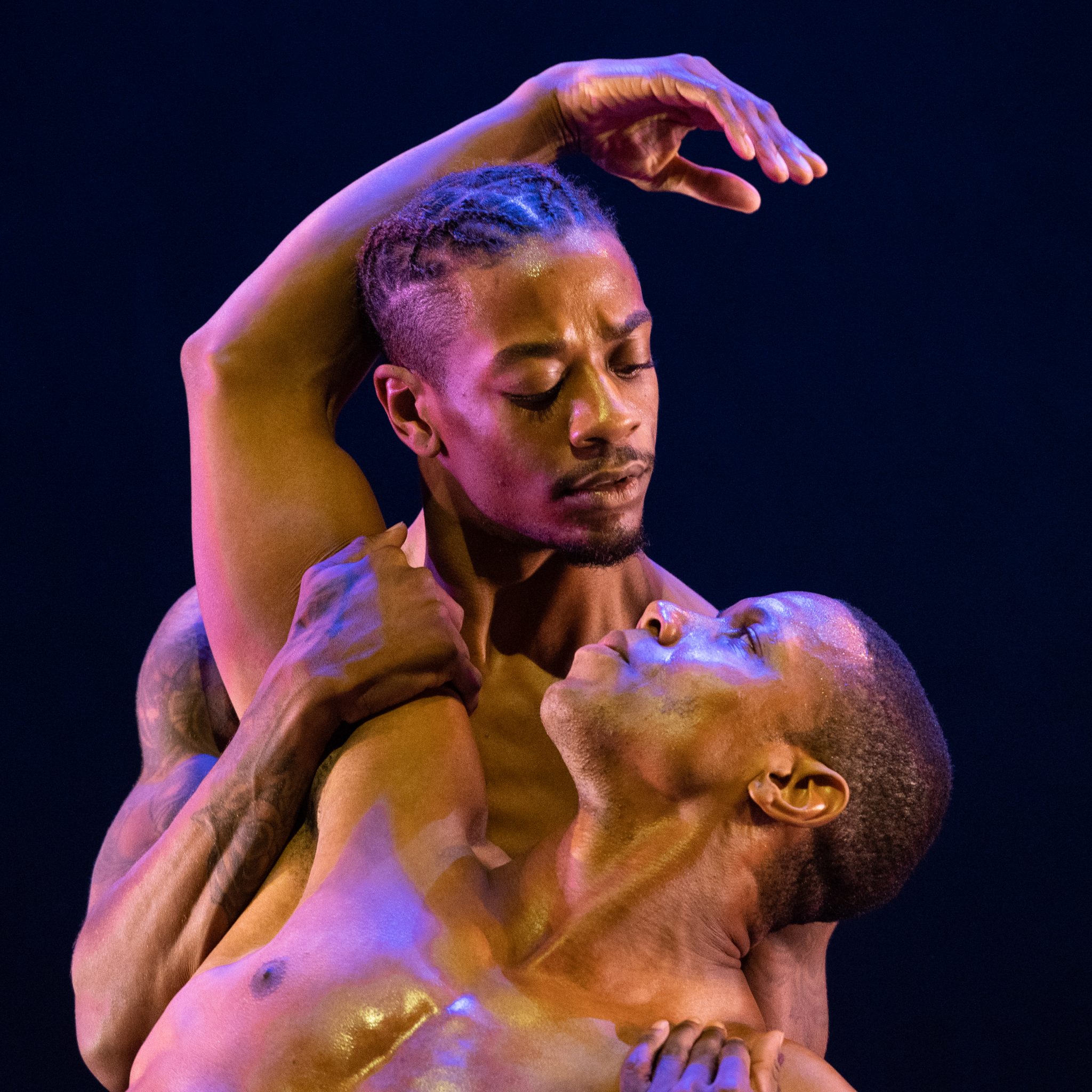 Themes in the company’s upcoming show at the Pritzker Pavilion, “A Deeply Rooted Evening for Chicago’s Healing: GOSHEN”…

We need it. Not just Chicago’s community, but the human community has been through a lot. There are two pandemics going on at once: COVID and a racial pandemic. It happened at a moment when we were forced to go within. We weren’t distracted by outside things happening. Coming out of it, we can’t leave those things behind. You have to work it out and have a balm on a wound. I hope this performance does that. With music by Donald Lawrence and Le’Andria Johnson and Zeke Locke, it’s an evening of healing. Good gospel music, and not how to get past, but how to move through what we’ve got going on now.

The performance is framed by the Book of Exodus?

Yes it is. Kevin Iega Jeff in making this relationship with Donald Lawrence created something profound. The story of Exodus is about moving through—the pain of those people moving through and coming to the other side. We’re strong believers in the power of the universe and how we can bring the synergy and energy together, and grow together and get to a place of healing. I know that’s what’s happening now.

And Deeply Rooted has another big downtown venue performance coming up in October.

Yes! This is the first of hopefully three years at the Auditorium Theatre. It’s a relationship we’re trying to cultivate to hopefully make the Auditorium our home for the fall season. This is my pet project. You should see my wall; my brother calls it my CSI wall with strings connecting everywhere. I’m kind of obsessed with this season. The theme is pretty apropos for who we are: “Roots and Wings.” It’s Kevin Iega Jeff and Gary Abbot who set the vision and created a solid foundation for me, and it’s allowed me to think higher than myself and I’m just ready to fly. We have this foundation that’s supportive and loving and kind.