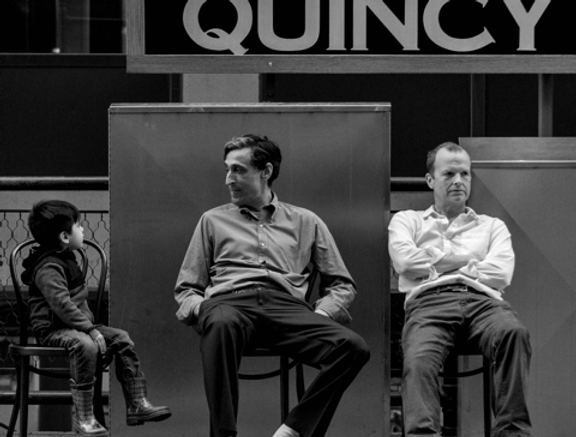 The Chicago improv scene has rightfully claimed its place as the greatest on the planet, and the Annoyance is spotlighting its very best players with its Chicago Legends series. On August 26, the latest edition of Legends will star two beloved Second City and IO veterans by teaming longtime friends TJ Jagodowski and Dave Pasquesi for a one-night-only show in which they’ll build off their lengthy partnership to improvise a one-act play.

“The show will be completely improvised as always, so we have absolutely no idea what we will do that night,” says Jagodowski. “Other than the lights will come up and we will walk out there together and see what happens.”

Jagodowski has improvised, taught or directed at the Second City, IO and Annoyance theaters for more than twenty-five years. While he’s got thirty TV and film credits, he’s best known for spending a lot of time in the front seat of a car as one of Sonic Drive In’s Two Guys in the long-running campaign that ended last year.

Pasquesi has been improvising since the early 1980s and was trained by the legendary Del Close before writing and performing four original revues for Second City, including the Jeff Award-winning “The Gods Must Be Lazy.” He’s been in nearly ninety TV shows and movies including “Veep,” “The Conners” and “At Home with Amy Sedaris.”

Teamed as TJ and Dave, they co-wrote “Improvisation at the Speed of Life” with Pam Victor and performed throughout the U.S. as well as London, Rome, Vienna and Copenhagen. They met nearly twenty years ago when Jagodowski was in the resident cast at Second City and Dave performed in an improv set, then teamed up first as part of a fill-in group for the Chicago Improv Festival before launching their own show at IO.

“We have been doing this show together for eighteen years so there is a lot of history there,” says Jagodowski. “I really enjoyed the early days at IO when we were still unsure of what the show could be or what it was supposed to do. It was scary and exciting and intimate. I liked that.

“I think our strength is that we both really love the big picture of what improvisation can be and we don’t want to fall short of that,” he says. “We have a lot of respect for it and it deserves our full attention and effort. Plus I just really enjoy Dave as a person and it’s a treat to do stuff with him.”

“Chicago Legends: TJ & Dave” will be performed at 10pm August 26 at the Annoyance Theatre. The show is sold out.