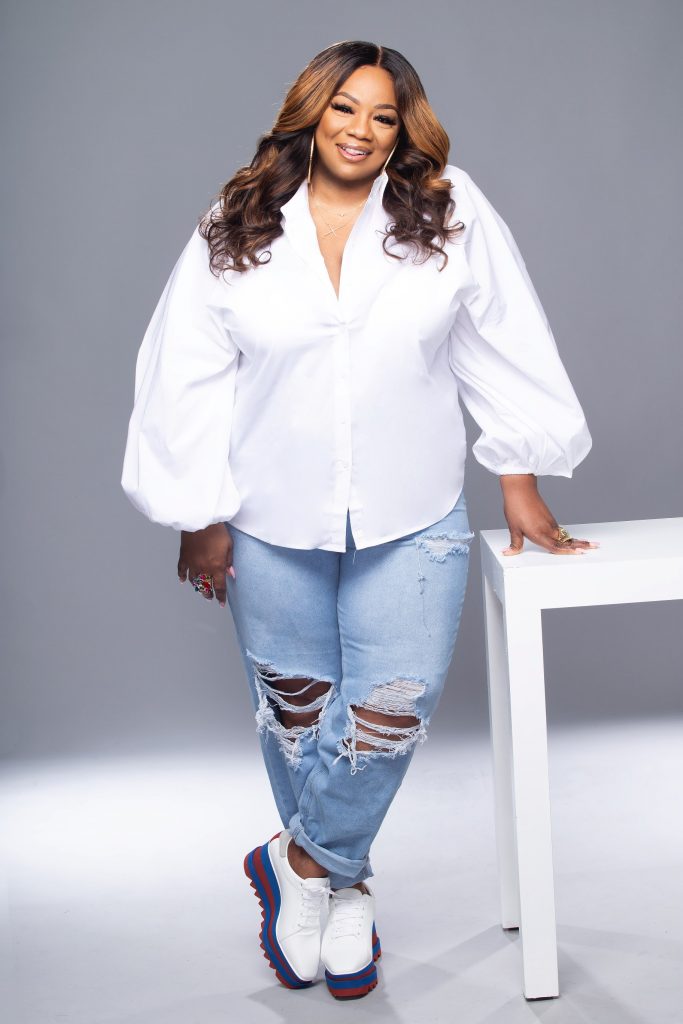 Patricia Williams is a proud Black woman who has lived through enough drama to fill ten lifetimes. Growing up on the rough streets of inner-city Atlanta, she was a teenage crack dealer and single mother of two by the age of fifteen and at nineteen her sister left her with control of four more children. She also survived getting shot twice, including once to the back of her head and another bullet that cost her a nipple.

Yet when she decided to go straight after meeting her husband at nineteen, she managed to talk about it all with an unforced wit and profanely powerful style that recalls the best work of Richard Pryor. Adopting the stage name of “Ms. Pat” after crushing at an open mike that her case worker suggested she try, she’s become a comedy sensation with an acclaimed 2017 memoir, “Rabbit,” and a daring, laugh-out-loud sitcom “The Ms. Pat Show” on the BET+ streaming service.

Ms. Pat will appear at Zanies Chicago September 3-6, riding a wave of praise from showbiz power players including none other than legendary TV producer Norman Lear, who recently turned ninety-nine. Indeed, Ms. Pat’s sitcom—which in the first episode handled school shootings with brash wit and candor—plays like a strong combination of Lear’s “All in the Family” and the outrageous early days of “Roseanne.”

“People come up to me a lot and say the stuff that I talk about is too crazy for them to talk about, and that they wish they could talk about it in their own lives,” says Ms. Pat. “I always, always try to make my topics tackle the darkest stuff to allow people to know that they can laugh at it.

“I say every night before I leave the stage, when you can take the darkest thing in your life and you can find it funny, then you got control,” she adds. “I try to find it funny and all that because that’s the only way you’re going to heal. You can’t change yesterday. So why dwell on it?”

“The Ms. Pat Show” comes at a perfect time, adding a potent Black voice to the culture that tackles issues of race and social class head-on. The show replicates her real-life journey, showing her balancing life as a touring comic with being a mom to a crowded house that includes her husband and their two kids, plus the four kids from her sister and her first two kids from her teen years.

In a time when most sitcoms are single-camera and try only to evoke gentle chuckles, her show is a multi-cam with a live studio audience that’s served strong, R-rated material worthy of raucous laughter. It’s also refreshing to see her play a parent who isn’t walked on by her children, instead making it crystal-clear she rules her domain.

“BET+ allowed me to be me, which is fortunate for this show that I created with Johnny Cooper,” she says. “We were able to talk about edgier things than on regular television and use the language that we would in real life. It’s not traditional TV language and gives us the chance to talk like real people, and my audiences love it like cocaine. This sitcom hit BET like crack hit the Black community: on fire.”