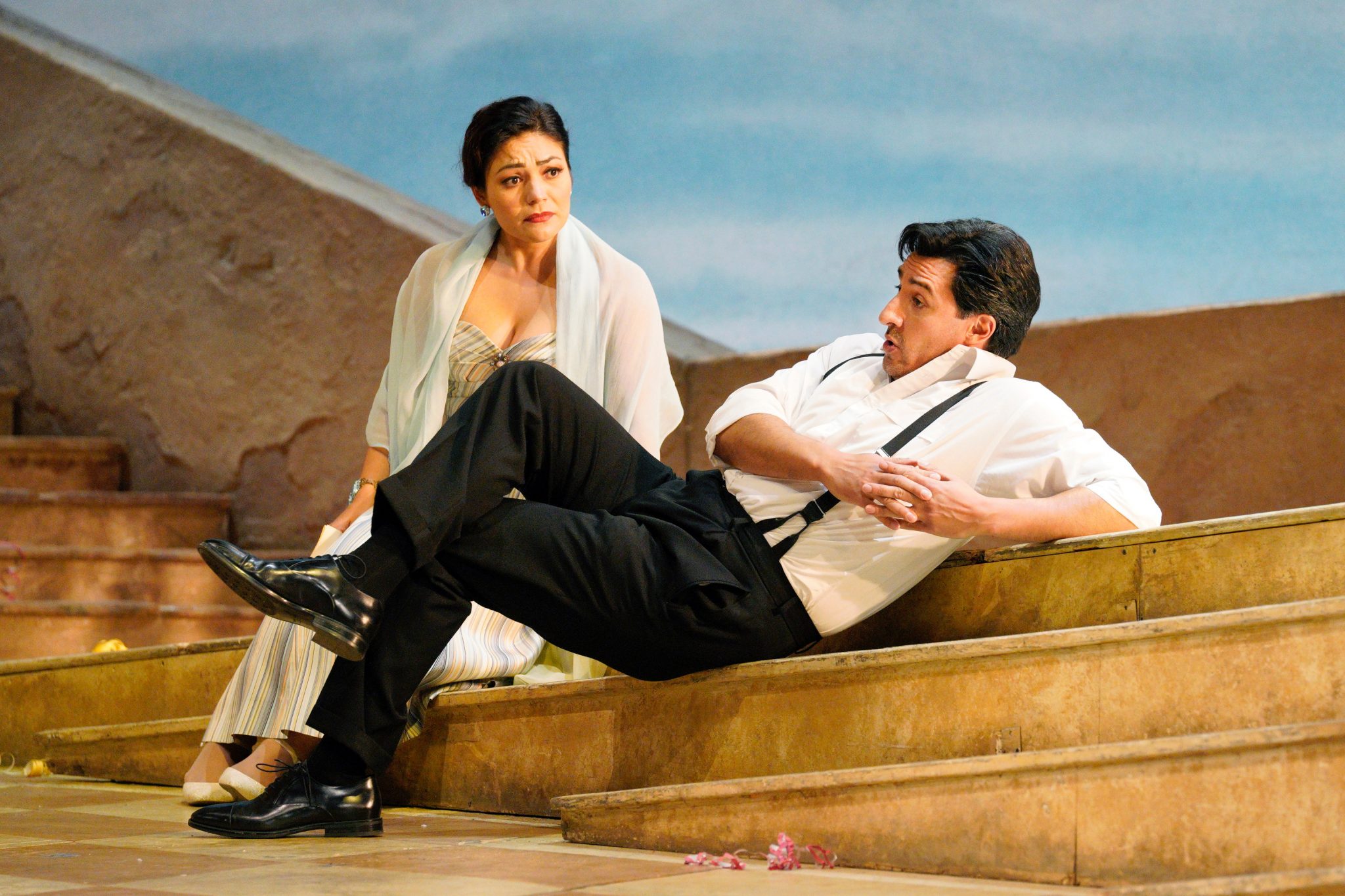 Don’t blink or you might miss the much-ballyhooed fall debut of Lyric Opera’s new music director, Enrique Mazzola. He’s conducting only two mainstage operas during the entire 2021-22 season—both standard Italian repertoire—and these are frontloaded to its first few weeks. (Although Mazzola will also conduct a contemporary chamber opera, Missy Mazzoli’s “Proving Up,” at the Goodman’s Owen Theatre in January.)

The second of these, Donizetti’s “The Elixir of Love,” opened Sunday afternoon. With its carefree and sunny demeanor, “Elixir” could not be more different than Verdi’s “Macbeth,” which opened the season. What these have in common is Mazzola’s exceedingly slow tempos. Whether or not this represents Mazzola’s aesthetic vision of these pieces is difficult to discern, given how much of an unknown quantity he still is here. What looks more likely is that Mazzola is being cautious and wants to offer a constant safety net to the assembled forces. That’s not necessarily a bad thing in theory, but in practice on these occasions, it led to a palpable loss of energy and momentum and a lack of flexibility.

Mazzola’s balances are superb, each orchestral section is well-layered and none overpower nor are overpowered. There is a light lyricism and transparency to the sound he gets from the Lyric Opera Orchestra. There is also considerable attention to balance among singers, chorus and orchestra in climactic ensembles.

More problematic are balances and crispness within the Lyric Opera Chorus, a vital communicator of—and commentator upon—action in “Elixir.” The chorus needs to pop, but the tempos are too rigid and slow for that to happen. The sound is, ergo, often unfocused. Chorus master Michael Black does a wonderful job of prepping the chorus but the conductor needs to take it to that next level. That’s not happening here.

Tenor Charles Castronovo as Nemorino tended to be coarse and harsh early on, particularly in his opening aria. His notes were cornered rather than rounded, the end result not as lyrical as preferred for bel canto repertoire. Castronovo’s technique was muddled when quick notes were called for, but he did improve as the performance progressed, rendering a poignant “Una furtiva lagrima.” Chicago native soprano Ailyn Pérez as his love interest Adina was more vocally consistent even if bel canto is not where she is most comfortable. Their duets together lit the pilot light but few sparks were generated.

Director Daniel Slater has placed the opera in a Mediterranean “Our Town”-style world where townspeople are traditionally and vocationally dressed. Adina is a hotel operator; Nemorino is a waiter working for her.

There is a lot of comedy, but unfortunately not always where it should be. The elixir’s comic charlatan Dalcamara (bass-baritone Kyle Ketelsen) is here a mysterious Wizard of Oz-like figure who arrives in a balloon. Belcore (Canadian baritone Joshua Hopkins) is a naval captain. There are lots of slapstick antics competing with rather than enhancing the score, such as a tray crashing to end a high note or Nemorino grabbing an elixir bottle rock star-style as if it were a microphone.

“The Elixir of Love” was one of the earliest works performed at Lyric Opera, back in 1955, its second season. It is a longstanding cornerstone of the company’s repertoire, even more so as one of the basic pieces current general director Anthony Freud has in regular rotation. Perhaps there is the thought that because it is done so often, it can stand up to anything. It deserves better.

“The Elixir of Love,” Lyric Opera of Chicago, 20 North Wacker, through October 8, lyricopera.org.