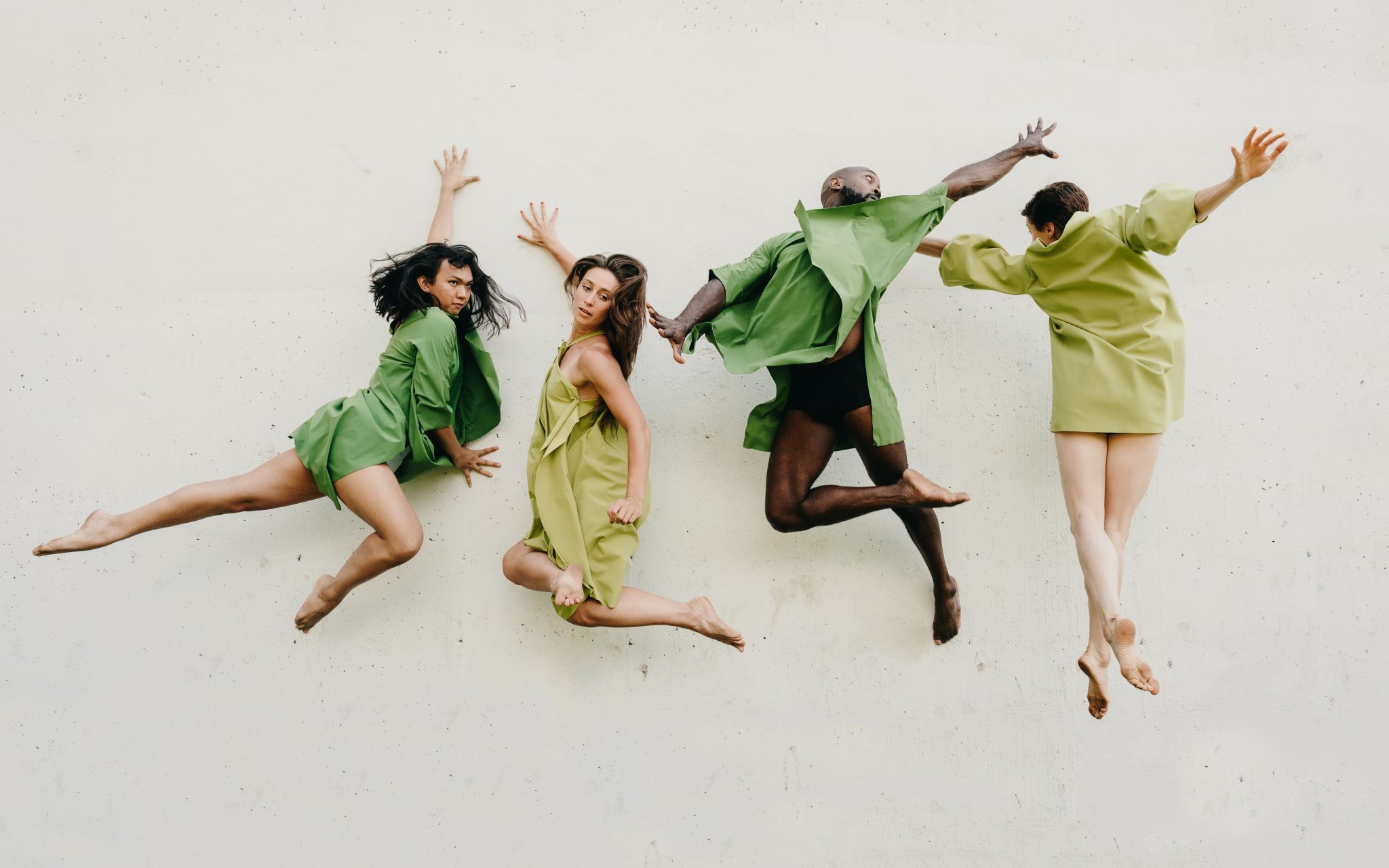 In “The Omnivore’s Dilemma,” Michael Pollan writes, “For something people profess to like so much, grass is particularly hard for us to see.” Pollan was talking about grass’ central role in what we eat—from monoculture corn to pastures for free-ranging food animals. In “GRASS,” premiering at the Dance Center of Columbia College October 14-16, The Seldoms ask us to consider two other “grass” varieties that have a strong hold on our lives and are nearly as ubiquitous: lawns and cannabis. The evening-length multimedia performance is a collaboration with theater and visual artists, grounded in scientific and cultural research… de rigueur for a Seldoms show. I spoke with Carrie Hanson, founder and artistic director of the company, about creation of the piece and the politics and power of these unassuming plants.

So what got you interested in grass as a topic for a dance performance?

I was reading “Lawn People” by Paul Robbins, who is dean of the Nelson Institute for Environmental Studies at UW-Madison. It’s an academic book and it’s also a compelling read. One of the things that stuck with me is his mention of “turf grass subject,” that a person becomes a turf grass subject when they become obsessed with their lawn. It happens to so many of us. Eight years ago, I became a homeowner in the suburbs near Riverside. Riverside is on the National Historic Register and it’s this beautiful sort of utopian early model for a suburb, designed by Frederick Law Olmsted. There are vast stretches of green that are this space between private and public property. And because those front yards are so public, I became quite aware of my own little front yard’s appearance. I was watching myself become kind of weirdly obsessed with the appearance of my lawn—out pulling dandelions. I admit to using fertilizer. People who know better, who know the harmful effects of these chemicals, and we still do it. Part of it is related to property value, but part of it is related to being a good citizen, being a good neighbor. It reflects on us as citizens—a sense of order, a sense of pride.

As I was reading this, the state of Illinois was getting ready to legalize cannabis. You started smelling it wherever you went. So I thought, “I’m going to try to integrate two topics that might not seemingly go together.” The most obvious thing tying them together is the title. But I thought about how each of these plants have been used to control and have been commodified and are indicators of morality.

At first blush I didn’t see the connection between the two outside the name. But as I was reflecting on this, I realized lawns are a potent symbol of conformity while cannabis has been a longtime symbol of nonconformity—though that’s changing now.

I would take it a step further—and I hope we’re making this point in the choreography and where the body lives in this—each has been wielded as a weapon in different ways. If I’m walking down my block and there’s an overgrown lawn with weeds and it’s uncared for, in certain neighborhoods there are strict covenants about how you are to keep your grass. And this goes back to Levittown, the planned early suburban community that had clear rules about the exterior of your home. I think it’s no accident that it also had covenants about who could live there, that it was a white-only community.

In another way, how has cannabis been wielded as a weapon against certain communities, with the war on drugs? We bring this up in the piece. Nancy Reagan makes an appearance. Harry Anslinger, the first director of the Federal Bureau of Narcotics, was responsible for creating this paranoia around marijuana and wielded it against the early jazz community, which was largely African American. Tied up in both these things are issues of conformity and exclusion and certainly judgement and incarceration.

How did you and your collaborators take this research and turn it into a dance theater piece?

Seth [Bockley] created a fun set of questions we put to both Paul Robbins and [Northwestern University cannabis scholar] Lina Britto. Seth kept the questions open: What’s the history of grass? What’s the commodification of this plant? What are the laws around it? We recorded the interviews and we hear them in the audio design of the piece, we’ll see them talking side-by-side via video. We’re also working with animator Lisa Barcy. One animation is based on a tap root; we’ve been talking about the depth of the roots of prairie grass, which go down and down and down, versus turf grass which is relatively broad and shallow. To try and get at this choreographically and texturally, we use roots as a metaphor—for stability, stabilizing the soil, and for the community. How do we find stability in a community? When we think of the war on drugs, disruption in brown and Black communities and minor possession laws that sent people to prison for years and years. Even though cannabis is becoming legal in several states, there are still many people serving long and unjust prison sentences. Without those deep roots—intergenerational wealth, whole families around—these communities become destabilized.

Early on we sought out Cannabis Equity Illinois, a small nonprofit helping people expunge records. Being a watchdog for dispensary licensing rollout and helping their community members make solid applications, which can be an onerous and expensive process. It’s no surprise that there are few-to-no minority-owned dispensaries in the state of Illinois. There was a lot of planning and emphasis on an equitable distribution of dispensary licenses, and it hasn’t happened.

The Seldoms have addressed environmental and political issues in the past. This subject seems to encompass both.

I feel like this is the work that bridges environmental issues and more political work that we’ve done. At the base of it I’m interested in the bodies and the choreography doing most of the work, because I believe dance is a very viable and powerful way for us to understand more about how we’re affected by these issues.