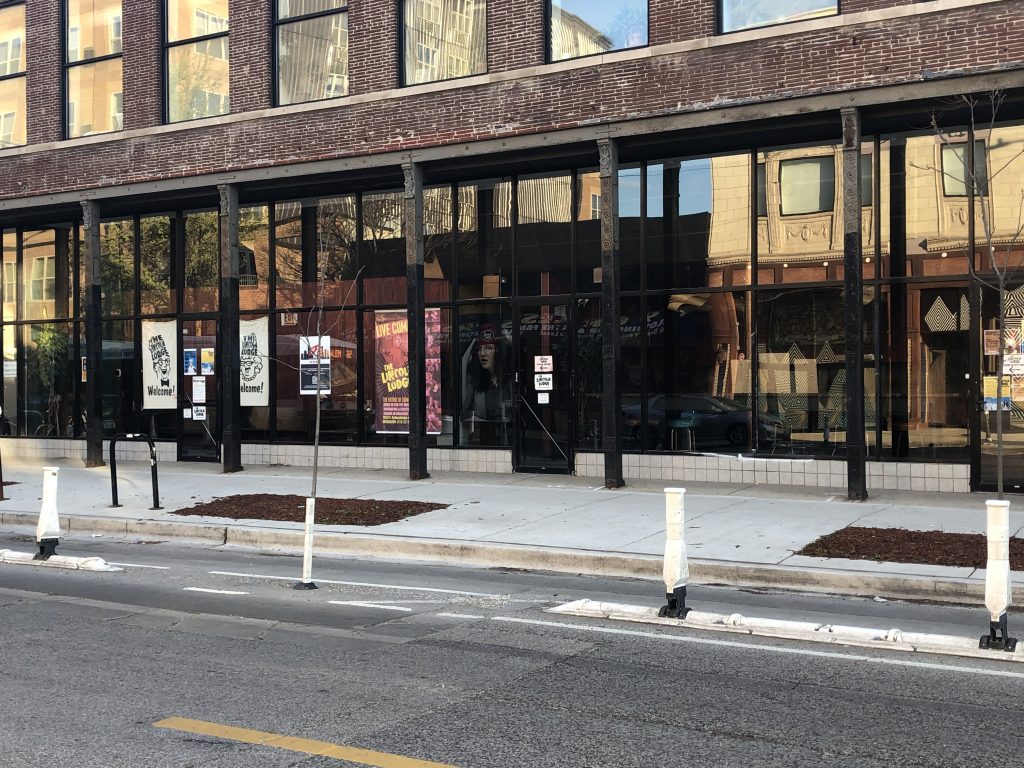 For the past sixty years, Chicago has been known as the home of the most famous improv theater in the world, the Second City. But in the past two decades, the Lincoln Lodge has become a gold-quality standard-bearer for innovative standup comedy.

Launched by British expat Mark Geary in 2000 as a weekly showcase in the back of the now-shuttered Lincoln Restaurant in North Center, the Lodge quickly developed a following, with its quirky retro décor and that it was able to draw a much higher caliber of comics than the typical indie shows.

“Mark is still very much involved and is on the executive board of our nonprofit to this day,” says John Leadley, venue operator for the Lodge. “At the time, there wasn’t a lot of opportunity for standup comedians, and he wanted to put on a professional-level show where people got paid. So better comedians always thought it was worth performing there, and we never watered down our vision.”

Indeed, the Lodge’s site offers a panoply of top comics who have played its space, including TJ Miller (“Silicon Valley”), Hannibal Buress (who brought down Bill Cosby), Chelsea Peretti (“Brooklyn Nine Nine”) and Natasha Leggero. As the venue’s “eighty-hour-a-week guy,” Leadley books all the shows and special events. Eddie Pepitone and Myq Kaplan have played there in recent weeks, with acts including Big Grande and “SNL” writer Steven Castillo upcoming.

Perfect for a city packed with standup talent, the Lodge has three stages—with thirty-five, fifty and 125 seats—and has hosted as many as ten shows a night. Adding to the excitement are increasingly common drop-ins by name acts, such as Comedy Central favorite Kyle Kinane (who gained his first notoriety in the early days of the Lodge), recent Chicago transplant Bobcat Goldthwait and local improv legend Dave Pasquesi.

The Lodge has shown remarkable resilience in the years since its initial restaurant home closed its doors in 2014. Having spent two years at Wicker Park’s Subterranean club and another two at the former Under the Gun Theatre in Wrigleyville, the Lodge finally opened their own doors on January 31, 2020, only to be shut down by the pandemic a few weeks later.

“We had hurried to get open and hadn’t finished all the things we wanted to get done,” says Leadley. “During the pandemic, we were very lucky to have a lot of donors reach out and to get a lot of grants that we applied for. We decorated the way we really wanted to and things have gone great since we reopened.”

Leadley’s artist wife Kate Mitchell worked from two photos of the Lodge’s restaurant space to create painstaking murals that recreate the vibe of that original home. The result provides a sense of history to this thriving creative hub that not only hosts shows six nights a week, but also includes a studio recording fourteen podcasts weekly and standup comedy classes.

“Our podcasts aren’t just comedy shows, but instead they reflect the variety we’ve always tried to bring to our stage shows, where anything can happen,” says Leadley. “We’re trying to put on shows that have a very different perspective and a different idea of how to make their thing happen, while keeping it affordable so anyone can enjoy a show.”