“Dr. Horrible’s Sing-Along Blog,” the quirky three-part musical web series about the sad machinations of a supervillain, written by a team led by the wonderfully uncontroversial Joss Whedon, displayed an early example of what entertainment on the Internet could look like. Mixing a short-form narrative (each of the three episodes runs about fifteen minutes), lower-than-average production budgets, and high-concept genre storytelling performed earnestly by a game cast of actors, audiences were immediately won over, creating a viral sensation back when that actually meant something.

Now, with Black Button Eyes Productions—the production company name given to the directorial efforts of Ed Rutherford—that 2008 “classic” has hit the stages of Chicago to benefit the extremely worthwhile organization Season of Concern, and to add to the ever-increasing amount of live theatrical entertainment happening in the midst of a global pandemic (masks are to be worn at all times, and proof of vaccination is required). As a piece, “Dr. Horrible” isn’t the most revelatory thing in the world—many of the jokes don’t hold up over a decade later, and the character of Penny has no depth outside of acting as a plot device for the feuding Dr. Horrible and arch-nemesis Captain Hammer—but there’s enough clever wordplay, diverting humor, and catchy songs to provide enough entertainment on an initial viewing of the 2008 original. 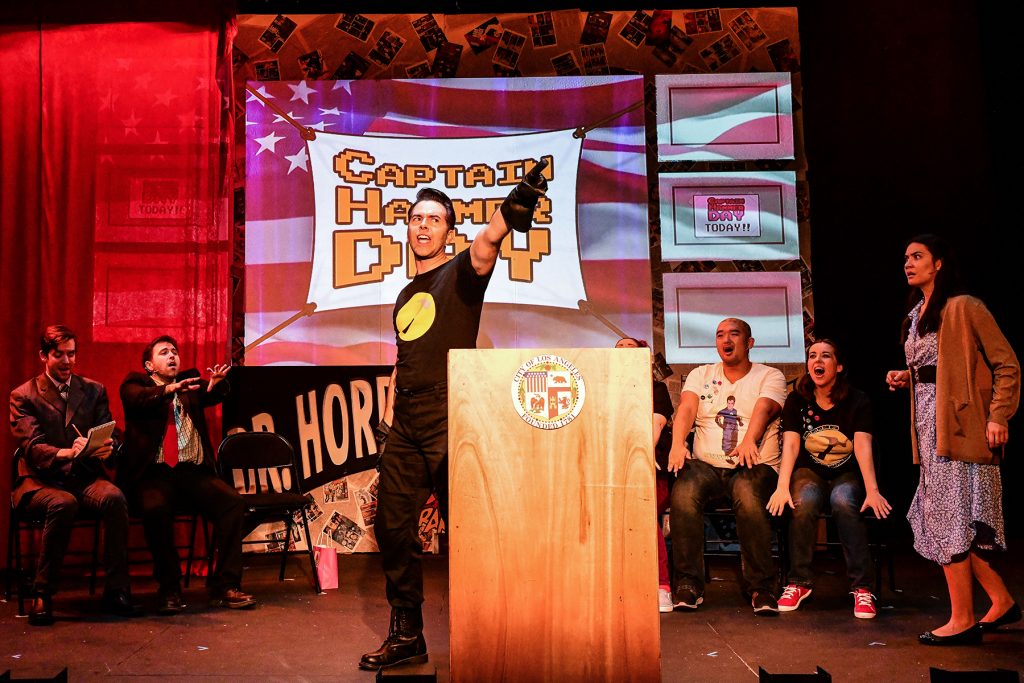 This “Dr. Horrible,” playing at the Edge Theater, is labeled as an “authorized fan production,” which is honestly an extremely helpful piece of context to consider. This isn’t a grand, contemporary reinterpretation of the online hit, but something more akin to the shadow casts you might see at a screening of “The Rocky Horror Picture Show,” performing a live homage to popular fan material with only slight variations from the text. Rachel M. Sypniewski’s costumes are almost identical to those seen in the Whedon original, while many of the performances throughout are indebted to those captured online. If this is your first time encountering this material, chances are you’re going to feel like an interloper at a college reunion, everyone around you laughing at inside jokes with no real entry point.

The general issue of the script’s Whedonisms not translating well to a theatrical medium (alongside other cinematic moments that Rutherford and his team have found unsuccessful means of theatricalizing) sinks much of the enjoyment of the production, not to mention the bizarre choice to mirror the act breaks of the original series and provide two ten-minute intermissions, creating an almost one-to-one ratio of time spent watching a piece of theater and watching an empty stage, alongside breaking apart any kind of dramatic and narrative tension that could’ve been gleaned from this endeavor. 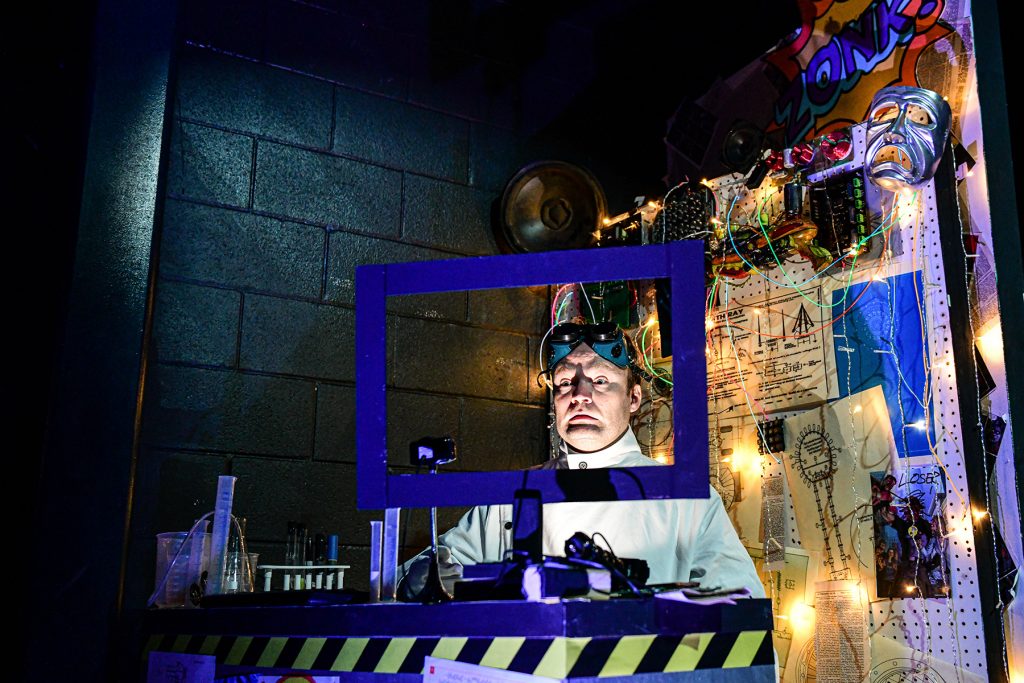 The best moments of this “Horrible” are those unique to the production; Kevin Webb as the titular Doctor is able to throw in delightfully manic energy to make his performance more distinctive (plus a gorgeous singing voice to boot), and the addition of a larger ensemble (North Homewood, Caitlin Jackson, Josh Kemper, Peter Ruger and Maiko Terazawa), with the aid of some charming choreography by Derek Van Barham, provides an undeniably joyous layer of communal fun and singing prowess that’s otherwise missing from the rest of the show.

If you’re comfortable journeying out to the Edge Theater in the middle of a global pandemic to see talented performers act out a glorified shadow cast of a mildly amusing web series that’s also supporting a good cause, absolutely have at it! However, you could also stay at home, find the original streaming online somewhere, and give a donation to seasonofconcern.org and practically accomplish the same thing. That doesn’t sound too horrible, does it?