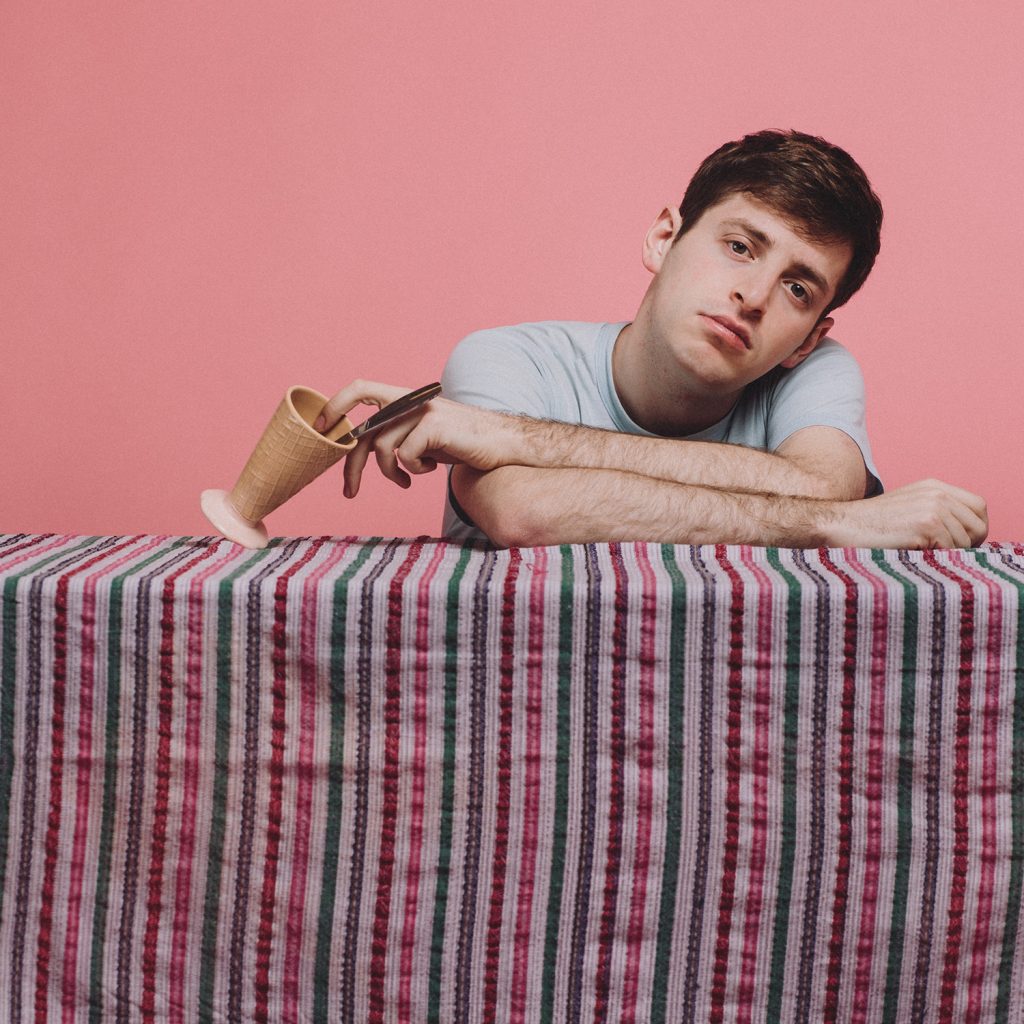 There are thousands of young performers across the country trying to make it big in comedy, but very few have managed to do so with the acclaim that Alex Edelman has received.  The thirty-two-year-old Boston native has made a splash as a stand-up and as a writer, and he’s combined both skills to create a series of storytelling shows that have taken the Edinburgh Fringe Festival by storm and resulted in a booming career on both sides of the Atlantic.

His first show, “Millennial,” won the Edinburgh Comedy Award for Best Newcomer in 2014, the first show by an American to do so since 1997. His follow-up, “Everything Handed To You,” sold out its entire Edinburgh run and got the second-best reviews of any comedy show at the Festival.

He’s working on the final touches of his third show, “Just For Us,” which recounts what happened when he attended a meeting of white nationalists in Queens. It premiered at the Melbourne International Comedy Festival, where it was nominated for Best Show, before taking the Herald Angel Award at Edinburgh.

Chicago audiences can see the magic monologue man in action October 28-30 at the Den Theatre, when he brings his unique voice to local ears in a show that will include “Just For Us” in addition to a broad array of new material.

“It’s all stand-up because everything I do has to have the same laugh rate and joke rate that stand-up has,” says Edelman. “But I write a lot to themes and think about how things are connected and that’s how I wind up forming a whole show about one thing. There’s never a formula, but rather I just talk a lot about a topic and eventually it comes together.”’

Before he did anything comedic, however, Edelman got his improbable start as a teenage speechwriter for the Boston Red Sox. He got in the door by writing a kids’ newsletter for the BoSox but eventually wound up writing the pre-game ceremony speeches for the first ballgame played after the Boston Marathon bombing in 2013.

“Stand-up and writing are different skill sets but one informs the other. Obviously stand-up informs your perspective, and writing teaches you patience and the importance of editing,” says Edelman. “I think the difference between a good stand-up and a great stand-up is the ability to edit. It’s not just about making people laugh, it’s about having high standards for yourself and, you know, continually refining those standards.”