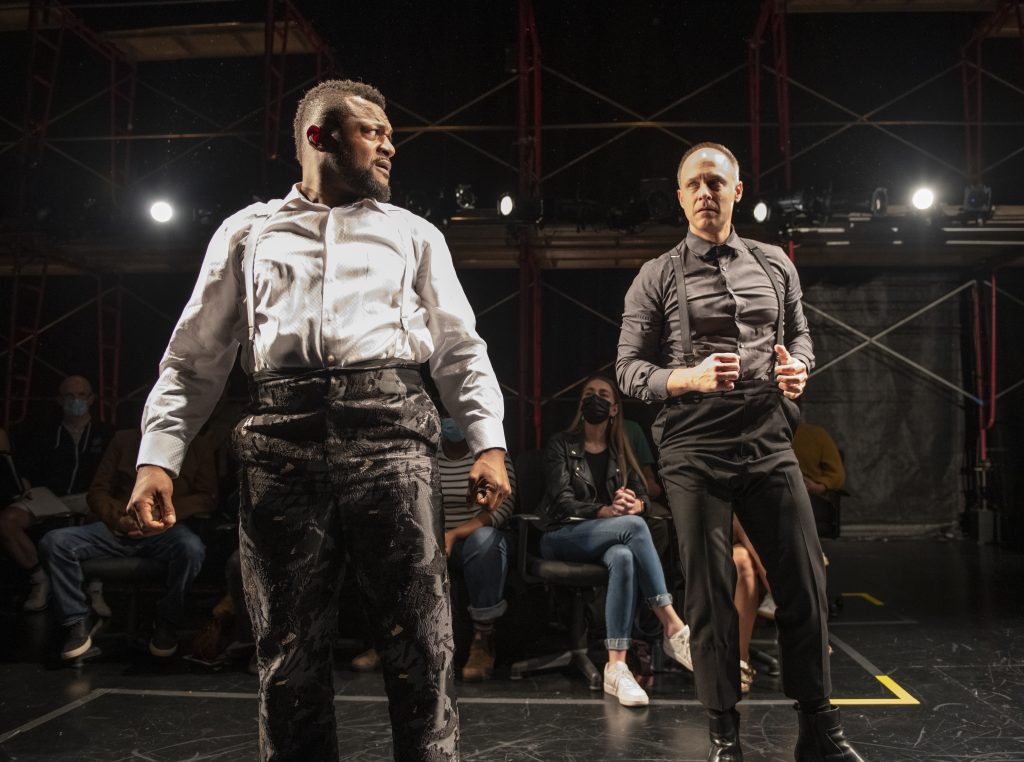 Writing in The New Yorker near the beginning of the COVID-19 outbreak, Stephen Greenblatt, the celebrated editor of “The Norton Shakespeare,” observed that Shakespeare lived in the midst of or in the looming shadow of the Bubonic plague his whole life. The Bard filled his plays with plot points and references that turned on the disease. The most well-known must certainly be in the denouement of “Romeo and Juliet” when fears of the plague frustrate the delivery of the letter that explains to Romeo that Juliet is not dead, but in a deep sleep induced by a potion.

Shakespeare penned “Othello” in 1603, a year when plague visited England. The language of the drama is rife with references to “pestilence,” “plague,” “infection” and other disease-ridden metaphors that must have been drawn from the fearsome and real waves of death of the time. Shakespeare’s own theater was forcibly closed during plague times. Sound familiar? Londoners were forcibly quarantined. So, on top of the disease, the stress of confinement and reduced circumstance must have weighed heavily on Shakespeare, too.

The Court Theatre’s current production of the tragedy pulls strongly from our own ongoing plague years. The theater stands in the shadow of the giant, beleaguered University of Chicago Hospital complex and a campus that until recently was nearly cleared of people. How could it not draw on our afflicted times? The whole auditorium is dressed for the part, haphazardly draped and scaffolded as if it were a construction site abandoned by its crew. Paint-splatter canvas tarps drape nearly all of the theater seats, foreclosing their use by the audience. That’s making virtue out of our plague’s necessity. The Court has decided that for these performances it will sell only about one-third of its regular house. Even at that, many of the audience seats are swivel chairs on stage from where one takes in the action up close and peers ceaselessly at everyone else in the audience in masks. It makes the space feel spookily like, well, the site of outbreak investigation. The actors are the sick and contagious. The set is aggressively empty and ugly, devoid of geographical or temporal context. As empty, that is, as the shuttered corridors of power and commerce today. This could be now. 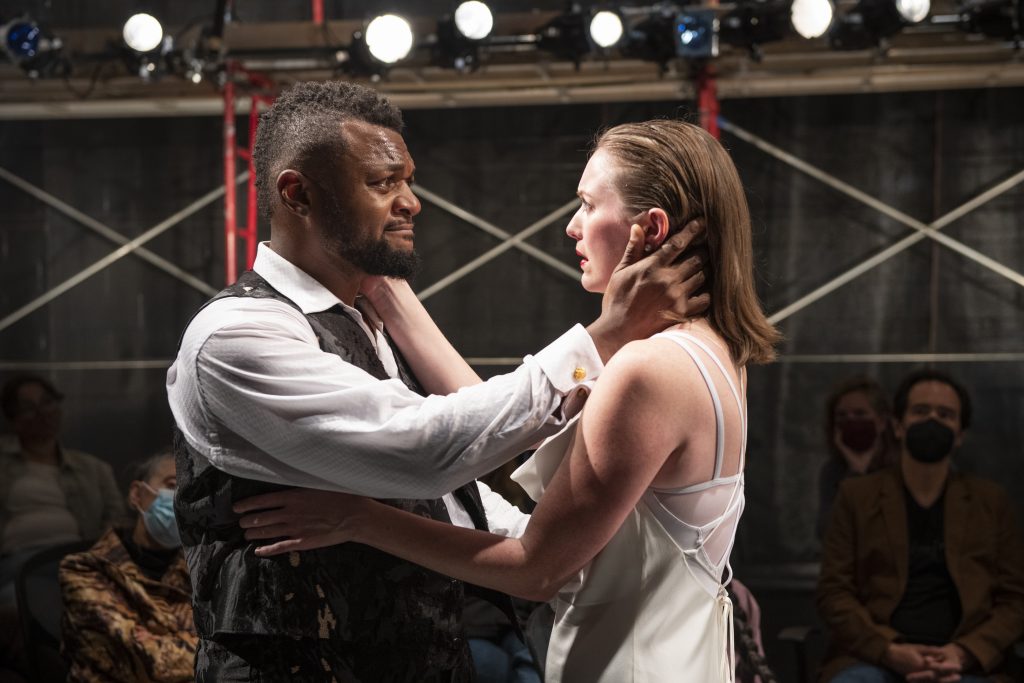 Othello famously rakes over a trio of social illnesses: Jealousy; lust for power; and racial and ethnic hatred. This production marshals no armies around General Othello or palace guards for his Venetian haters. With its small cast, it focuses on how toxic jealousy fogs the mind, turns the heart and makes the world of the jealous person small. Villainous Iago is jealous of Othello’s regard for his ensign Cassio, and jealous of Cassio, too. In contrast to other stagings, here Iago does not roil with hate. He doesn’t hiss, he hardly sneers. In the hands of actor Timothy Edward Kane, Iago exudes the banal sort of evil, coldly mechanical and by the book of his own making. The wonderful Kane, who Court regulars know can go large, offers the kind of contained, polished menace that might well go unpunished had Shakespeare been less compelled to wrap things up so neatly.

This production has a harder time with the ethno-racial roots of hate that, at least up to now, always drive the action in Othello. Court Theatre has long strived to bring diversity to its casts and to mount productions that push inclusive theater. Yet, oddly, in Othello, a play in which turns on the virus of racial and ethnic hatred, inclusive casting may be doomed to undermine the message. It diminishes Othello’s outsider status. In this production, the characterizations by the cast mix up the racial, ethnic and gender “types” so much that it is hard to puzzle through how one “type” might be anathematized over another.

This production, under the co-direction of Charles Newell and Gabrielle Randl-Bent, cut the three-hour play to one hundred minutes. Shakespeare seems to be getting shaved down all over town. On the night I saw the show, the action felt muddled at the start, in part because the actors who speak through their early lines quickly often were hard to understand and on occasion some seemed about to drop their lines. Those problems vanished as the play progressed and, as a whole, the production powerfully captures both the timeless and timely elements it aims for.