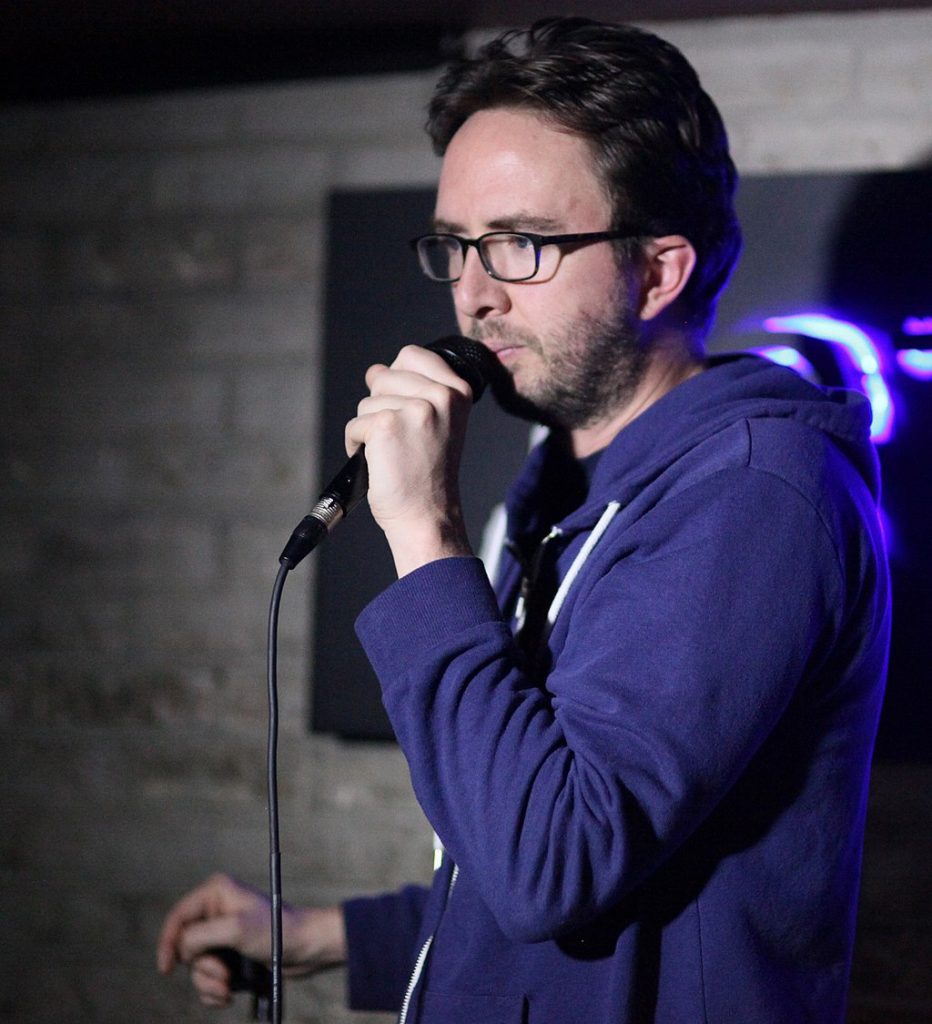 For a guy who’s built his stand-up comedy career on self-deprecating stories and punchlines, Joe List has a lot to be happy about. He was featured during the illustrious final year of David Letterman’s “Late Show” on CBS and was also a frequent presence on the “Conan” talk show on TBS for the last several years.

Now he’s hitting the road, doing shows nationwide that include a headlining run at Zanies Chicago, November 18-20, mixed with opening spots on tour with the notorious Louis CK. Speaking from a Houston comedy fest he was appearing at last week, List recounted his comic journey—including a unique experience with his wife, fellow comic Sarah Tollemache.

“I just always wanted to do stand-up, because I grew up in the late eighties and early nineties, when stand-up was on TV all the time,” recalls List, a Boston native. “You could find it on A&E, VH1, MTV, Comedy Central and HBO, just everywhere. Everyone in my family got together to watch it and love it, so it just seemed like the funnest job and funnest art form because you could just go to a bar without equipment or anything, just you and a mic.”

List started performing fresh out of high school, playing whatever all-ages venues he could, as well as occasionally managing to slip onto the stage at twenty-one-and-over clubs. He recalls getting thrown out of one club because he was hanging out at the bar after a show in which he openly admitted being underage.

The thirty-nine-year-old’s influences and favorites include a who’s-who of 1980s comedy legends including George Carlin, Richard Pryor, Bill Cosby, Jerry Seinfeld, Gallagher and Elayne Boosler. But he also sees the clear correlation in style between himself and self-effacing masters like Rodney Dangerfield.

“Doing personal-observation humor just came the most naturally to me because I wasn’t a big newspaper reader who could riff on current events,” he says. “So I joke about what I personally know and experience, and it comes out as self-deprecating because you can’t make jokes about how great you are.”

Sober since 2012, List has seen a dramatic improvement in his performances and comedy output—including the 2013 album “So Far No Good” and 2016’s “Are You Mad At Me?” plus a showcase episode on the Netflix series “The Stand-Ups”—since he quit drinking. He and his wife also were the only husband-wife comedy duo to face off against each other on the popular “Roast Battle” comedy series.

But even that unlikely experience pales next to his most ludicrous performance space ever, a venue that he’s highly unlikely to ever have to play again thanks to his rapidly ascending success.

“The strangest gig I ever did was when I first started and was so desperate for stage time,” he explains. “There was a guy who owned a Gold’s Gym, and he had this idea to do stand-up comedy while people worked out. I volunteered and I ended up doing about ten minutes of stand-up for two women on elliptical machines, one of whom had headphones on.

“And a guy was doing leg presses right behind me and kept dropping the weight like the leg press, probably 400 pounds all the way down after a rep. And so it just goes like ‘Bang, bang, bang’ all through my set at three in the afternoon at a Gold’s Gym. The goal is to never return.”